LSCC 2015 is just over a month away and OH MY GOSH MY COSPLAYS ARE SO NOT READY OH NO– wait, back on topic. 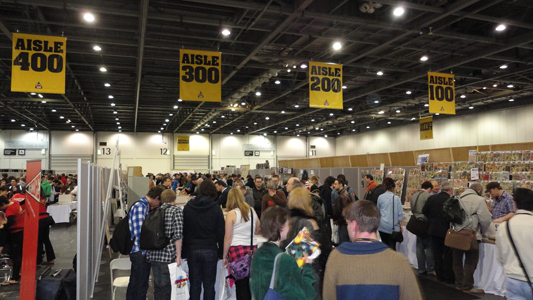 So I know there have been a couple of cons already this year, but LSCC will be the first one I’m going to this year. And I haven’t been to a con since JULY, so I have a lot of pent-up excitement in my tiny body. But I understand that for a lot of people -especially if this will be your first convention- it can be overwhelming. You walk into the Excel Centre and it’s like MAJOR SENSORY OVERLOAD. Cosplayers and artists and toys, oh my! So think of me like your personal Hitchhiker’s Guide to LSCC 2015, as I share my top 5 things you simply mustn’t miss this year…

Louby Kapow are one of my top recommendations for any shopping spree- I got a Spider-Woman bow at LSCC last year; this year I’ve got my eye on Batgirl! Don’t have the hair (or beard) for cute hair clips? Canvas Warriors will be there with their mind-blowing custom geeky Converse. Hungry? Emerald City Cupcakes make superhero cupcakes! Not to mention the sellers of comics old and new, toys to collect and toys to play with, art prints and commissioned sketches… your wallet won’t know what hit it. 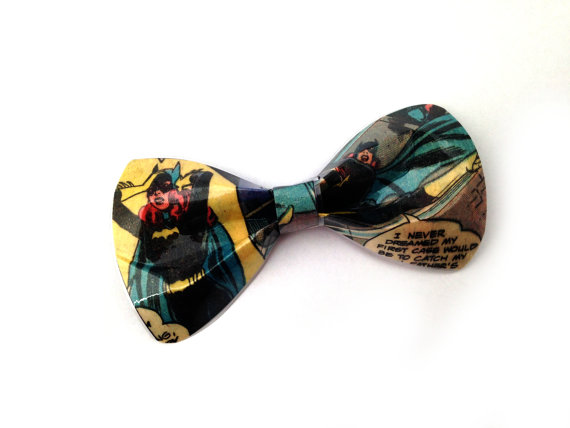 So many creators will be there, included but not limited to: Garth Ennis, John Romita Jr., Brian Bolland, Stephanie Hans and Emanuella Luppachino, but inside my brain is like OH MY GOD KIERON GILLEN I SHALL EXPLODE. 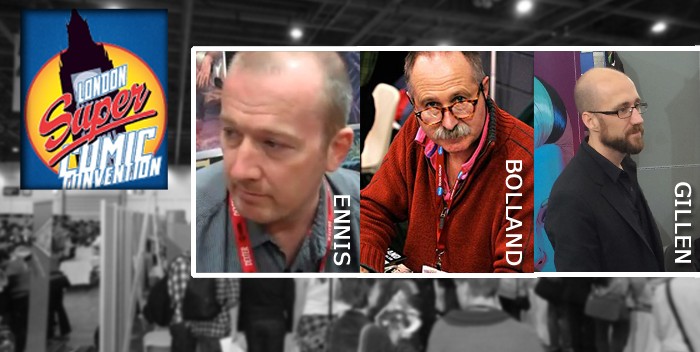 Whether you want to check out the latest releases, or pimp yourself out –um, I mean, get your portfolio reviewed– the publishers are there, from 2000AD to Zenescope. Funny story: last year I heard tell that a certain publisher was seeking writers, and I went to see if I could get in on that. So I approached the booth and promptly chickened out, and bought a comic instead. I resolved to go back again, with an angle of “Hey I bought this comic, it’s really good, I like you guys, oh and by the way I hear you might have some writing needs doing?”. I bottled it again. Long story short, I ended up buying so much stuff from this publisher that they gave me a free poster. “It’s my fault,” said the friend who had told me of this potential opportunity, with a rueful shake of his head, “I shouldn’t have let you go by yourself…” 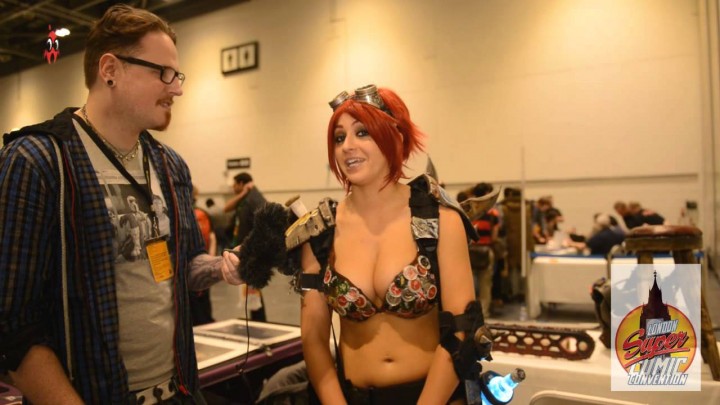 The Cosplay Champinoship last year was completely breathtaking, with the absolute best costumes, skits and special effects (She-Ra’s confetti-spurting sword stands out rather vividly) that I’ve ever seen, so even if you’re not participating it’s an amazing time. Yaya Han returns as a judge, joined by Kamui Cosplay, Bill Doran, and last year’s winners Annshella and Nikita Cosplay. Registration for the Championship is now closed, but the Sneaky Zebra Open Masquerade is open for entries on the day- and I might just give that a go!

In aid of the American Cancer Society, artists exhibiting at LSCC will be auctioning off some of their work on Saturday evening. All money raised will be donated to the ACS in the name of Jamie Dallesandro, a founder of the podcast Comic Geeks Speak, who died of cancer last year. A great evening for a wonderful cause- what more could you ask for?

At the time of character creation, Laura Maier made the mistake of putting all her points in charm. While this was probably an unwise decision, it's served her well so far. Her power animal is the platypus.
You might also like
conventionscosplayGarth Ennis