previous
The Science of Doctor Who - a Brian Cox special!
random
next
Grayson: Earth One, Batgirl: Spoiled and How Fan-Made Films Show The Way

A New Way to Save the Planet!! 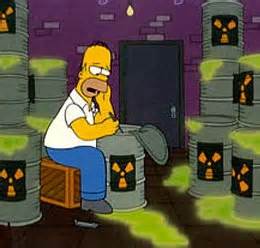 I love our planet, to the point that I’ll cry if I see man made intrusions on the beautiful natural wonders. One of the things that really gets to me is nuclear waste and the disposal of it. After The earthquake in Fukushima, Japan, I was devastated. Not only had people lost their lives but the power plant was on meltdown mode. What was this going to mean for the people of Japan? Was my home in the middle of the Pacific Ocean still safe?

As of today, the radiation levels in the Pacific Ocean have reached a dangerous level. We have been advised to not eat fresh seafood caught off our coasts. No one has publicly stated not to swim in the water, but I can’t imagine it’s safe if the wildlife is suffering.

I found myself asking constantly if there was a better way to clean up and dispose of nuclear waste. I’m all for using anything except fossil fuels and Nuclear power, but it’s inevitable that these will be used until other forms are more easily accessible. Today I got an answer.

There really is a new and better way to do this. Professor Neil Hyatt of Sheffield University’s Department of Materials Science and Engineering, led a study conducting research on this very real problem we face. The results were amazing.

By combining the plutonium waste with ground granulated blast furnace slag, a byproduct from manufacturing steel and iron. The result is a glass that stabilizes the plutonium so it can be stored safely. 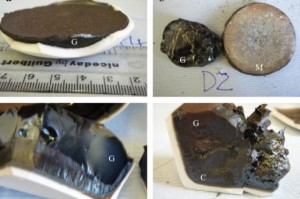 The team used Cerium as a safe alternative to plutonium during the study but the two act similarly. Three parts cerium and one part blast furnace slag were combined and heated to over 1500°C and then cooled at room temperature. This resulted in a 90 percent possible reduction in nuclear waste.

If this can be perfected, we could soon see a new and safer way in disposing of the waste we are already set on creating.

Brittany Thornton aka The Wookie, lives on the majestic islands of Hawaii. A mother of two up and coming geek daughters. A Whovian, a Tolkien lover, a Trekkie and obviously a fan of Star Wars, you'll usually find her on XboxLive, playing Destiny and getting killed... a lot. Want to win her over? Books, bring books. Food helps too.
You might also like
breakingsciencespotlight