Advent of the Blobs

For the past two years, climatologists and biologists have been watching in alarm as hundreds of thousands of square miles are being affected by three huge areas of warm water lying at shallow depths just off the shores of Alaska, Canada, and the western United States. Dubbed “The Blobs” by scientists, these large areas of water are having an alarming effect on not only sea life, but also land animals, and even the weather.

Located throughout the Bering Sea, the Sea of Alaska, and the Pacific Coasts of southern Canada, portions of Washington and Oregon, and all of California, these areas are adversely affecting the breeding and feeding grounds of aquatic animals and fish, and is thought to have unnaturally extended the notorious El Nino weather patterns. 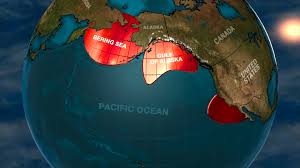 For the past two years, sea lion pups have been washing ashore by the thousands, emaciated, dehydrated, and many, dead. It is theorized that the adult seals are having to venture further away to seek their food sources, which are normally found in cooler waters. The pups are left to fend for themselves, and are unable to swim far enough to find any nourishment. Sea lion sanctuaries and rescue organizations have been overrun, to the point that they are having to euthanize most newcomers unless they are in relatively good condition.

Of bigger worry, though, are the Pacific salmon. The annual migration of salmon from the sea to fresh water rivers, where they travel longs distances upriver to spawn, is prime fishing season for many, and provides the main source of protein for many subsistence dwellers in Alaskan villages, and others in the Pacific northwest. After the babies hatch, they remain in the rivers, eating and growing, for about a year before venturing downstream to return to the ocean to achieve full maturity. However, their oceanic food sources are cold water organisms, which have mostly migrated elsewhere, and this year, when the first crop of yearlings that have matured since the advent of the blobs, will have nothing to eat. Expected die-off is predicted to be in the millions, and will probably, over time, decimate the Pacific salmon populations.

The loss of salmon will obviously affect commercial salmon fishing, but will also lead to subsistence hunters having to turn to other sources, which are notoriously harder to harvest, will probably drive many villagers to cities, and traditional ways of life will vanish. In addition, over-hunting of various species will ensue. Add this to the fact other animals, bears mostly, rely on salmon for their fat stores that enable them to hibernate and give birth during the winter, and will either starve, or also travel closer to, and into, populated areas, looking for food. These animals are generally euthanized due to the danger they present to human populations. 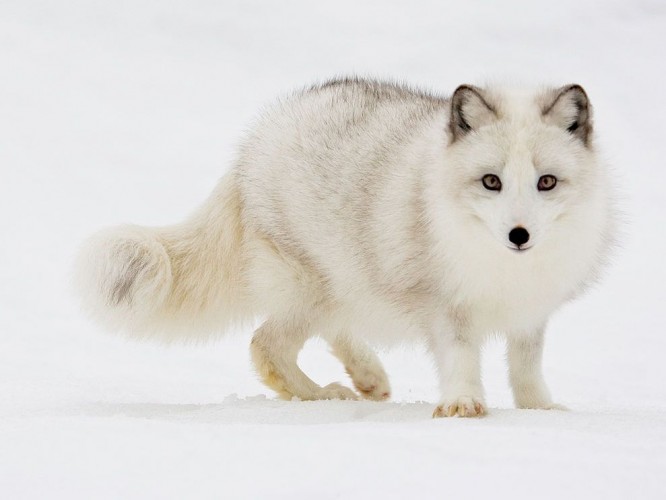 Today, warm water animals, such as tuna, and predators, such as sharks, have been caught off the coasts of Alaska, an unheard of precedent. But more far-reaching for human populations, it is theorized that these warmer waters have shifted the jet stream to a more eastern and southern route, causing the so-called “Polar Vortex” and producing the vicious cold weather storm cycles affecting the eastern United States and Western Europe. The continuation of the El Nino weather patterns are a direct contributing factor to the severe drought in the southwestern United States, and the record flooding in the southern and eastern United States, as well as in Western Europe. 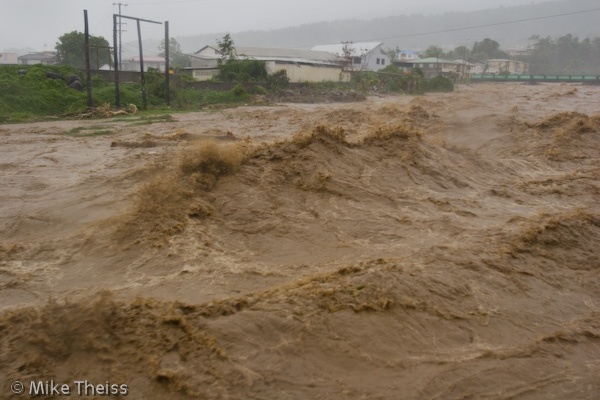 There is nothing that can be done about the blobs. They are here to stay. The best we can do is attempt to slow the global warming and try to keep these warmer waters from expanding. Climate change is real, and we are starting to see the alarming effects that will be wrought. We will need to not only adapt, but make a very real effort to change our ways of life, leaving a smaller carbon footprint on the Earth and the atmosphere. To ignore this is to put not only us, but our entire planet, in severe peril. Is this the world we want to leave to our children, grandchildren, and further generations, if they even survive?

Am I a geek? Probably not. I can destroy a gaming system merely by walking into the room. But I have definite nerd qualities. I have a science and medical background, and am passionate about new technologies that can positively affect the environment and general quality of life for all species. I'm also old enough to be your grandmother (maybe), am a diehard Trekkie, read "Lord of the Rings" at least once a year and I used to love going to anime conventions with my kids. I won't bore you with my educational degrees, because they have done me no good in real life. Kinda like Algebra.
You might also like
global warming

Nostradamus, Tolkien and the End of Days