previous
Zarjaz News as 2000AD Sells out at Distributor Level for the First Time Ever!
random
next
MULP: Sceptre of the Sun - Press release
Books and Comics
0 likes

This year Marvel turns 75 and the iconic brand( involved with any and all medium-ranging from comic books to video games), is celebrating its birthday in style. Since the very beginning Marvel has revolutionised comic books and brought their legendary characters to groundbreaking new heights and they now plan on exposing their history in fantastic new ways. Here are 4 ways that you can get involved in the 75th anniversary celebrations. 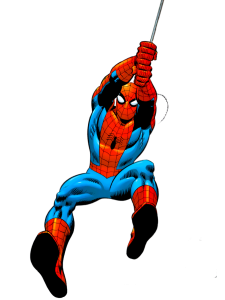 This is the official site for the 75th anniversary celebrations where (once active) new content will be frequently added including insights into the company’s history, a look back at the company’s legacy, and special events happening across the multiple platforms Marvel is involved with (which.. is pretty much everything).

As well as looking back over the most statistically iconic and game-changing moments of Marvel’s history they will be interested in hearing what you have to say. We can expect to see opinion polls and votes at Marvel.com where you can share your personal greatest moments in Marvel history. Another way to have your say on what Marvel means to you is by using the hashtag #Marvel75 all year round.

Marvel 75 is all about looking back on the rich history and legacy of Marvel and what they have created. The best way to do this? either pull out some old golden age Marvel comics from your long box, head over to your local comic book dealer or sign up to Marvel Unlimited. Marvel Unlimited allows you to read a rich catalogue of thousands of comics including almost every creator, character and storyline under the sun at the touch of a button. The website is clean and simple to use as are the apps available for both Apple and Android tablets and mobile’s. Tablets are perfect for viewing the comics in the traditional way but there are options for two page views and even a clever Smartpanel view (ideal for smaller screens) that gives the comics motion and eases reading. Find out more at www.marvel.com/comics/unlimited

Enjoy another great year for Marvel and let us know what your favourite comics, characters, creators and moments are!