by Cristina Bogdan on 19/11/2017
Details
PublishersComics
By

Fast-paced, keeps you guessing. The twist in the story really makes it worth it.

Hallows Fell will appeal to the horror lovers and it's definitely something you should put on your reading list.

Hallows Fell, created by Thom Burgess and illustrated by Izzy Stanic, depicts a story that combines modern life and old time superstition in a seamless blend.

Old stories of hags that yearn for some fresh blood are common in most places, tales to keep the children inside after dark, yet in this instance, they turn out to be a little more than that. The black and white comic – and the lack of colours really adds to the atmosphere of dread that carries through the book – has at the center a man that goes through the unluckiest night of his life.

From missing his train, to missing his credit card to meeting a strange woman at a bus stop who turns out to be a ghostly appearance, it all happens to him in the span of a few hours. It only gets progressively worse from there, but you’ll have to read the book yourself to see what happens.

The tale is fast-paced, keeping you guessing and hoping that maybe, just maybe, in this one instance it will turn out to be a case of “It was all just a dream.” Despite that, it’s hard to root for the central character, especially when he makes poor decision after poor decision, with the only excuse being drunkenness and obliviousness to the things that surround him. 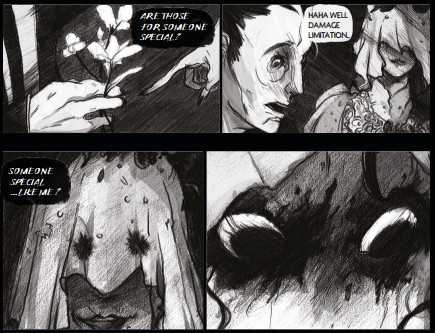 One thing I was not fond of was the intro of the copy I received, which already set Simon – the main character – as a “bad guy” or more of an asshole, to be exact. It informs the readers that if something bad befalls him it was somehow deserved. Still, an enjoyable read, especially if that bit is ignored and you like/dislike Simon on his own merits.

All in all, it’s definitely worth a read, especially late in the evening, when you are home alone. Better build up the atmosphere, after all. 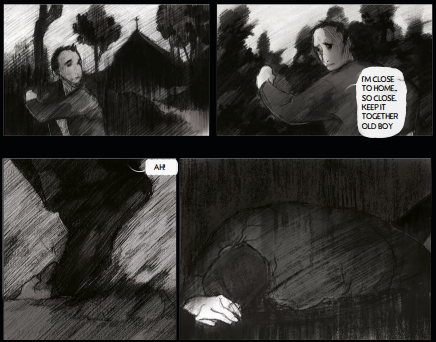 What's there to say about me? I love the sci-fi and fantasy genre when I read, but I am in no way limited to that alone. I do think Frank Herbert deserves a statue for his writing(if there is one, point me in that direction, please). I enjoy writing quite a lot, but I am also kinda lazy. If you want to make me happy give me books or Doctor Who collectibles. Or a real TARDIS, in which case I will love you forever.
More Goodness
comic bookghost stories