Short and sweet, will make you cry and laugh at the same time.

It is one of the best books I have read recently. I have not stopped recommending it to people.

…or how I ended up weeping over a book about a sassy cat, travelling in a silver van with her human.

Hiro Arikawa is mostly know for her light novels – an all encompassing term for novels aimed at young children and teenagers – but The Travelling Cat Chronicles is not something I would necessarily put in that category. I think regardless of age, it will touch people’s hearts and definitely pull at the strings it finds there.

The book focuses on Nana (because his tail twists like a lucky 7), a five year old cat who has been living with Satoru, his human, for a longer time than he had lived on the street. Still, he sees himself as a great fighter and teacher of the young, as well as an astute judge of character. Human or otherwise.

He is the narrator of the book and tends to sometimes look down on the logic humans employ in their day to day life. Satoru is spared, for the most part, however cats will be cats and Nana does get in a jibe or two about the man that rescued him from the street, following a car accident. 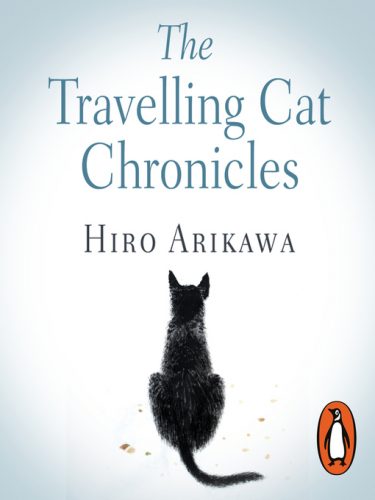 At first I admit I was not convinced by the synopsis of the book, however as I slowly delved into the story, I found myself absolutely loving the characters, especially the ones that were flawed. Of course, in Nana’s eyes only humans and other creatures had flaws, he was perfect (as most cats are).

As I neared the final pages of the book it became more and more clear that it was never really about a cat chronicling a trip around Japan, meeting old friends and gathering up smiles, but about the deep love between a human and his feline companion. I think there are hundreds of book chronicling stories of humans and their dogs, the deep bond that exists between them, but cats are often overlooked.

Maybe because people who don’t like them think they are incapable of loving their people, but this book proves in spades that cat love is there, if different. Nana is loyal to a fault, knowing what Satoru needs or what he thinks, even before the thought is put into words and it goes out into the world.

The book chronicles Satoru’s encounters with his old friends, while in the search for a new owner for Nana. The true reason behind his desire to find a new home for his cat is not disclosed until late in the book, but his need to know his cat is cared for and loved as he had loved him is the driving force behind all reunions – with childhood friends, with highschool or college ones. The story of Satoru’s life is revealed through the eyes of each person he meets and then it’s filtered through Nana’s understanding of each story.

Without giving too much away, I will say that this is one book that deserves to be read, that carries a lot of love and it might leave you in tears, but in a good way.