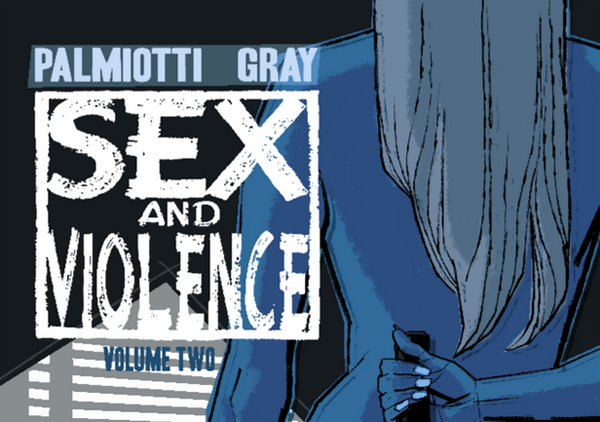 Jimmy Palmiotti, Justin Gray the rest of the Paperfilms crew are back with a Kickstarter for a second volume of their adult oriented anthology Sex & Violence.

The three stories in the book are “Daddy Issues” about a seductive mother and daughter, “Red Dog Army” set during Hitler’s invasion of Russia it’s the story of veteran dog trainer Yuri Schlonsky who was recruited into the army against his will and sniper Valeriya Petroff, and “Filter” about a killer named Nico looking back on his life as a young man growing up in the streets of Brooklyn.

Palmiotti and Paperfilms have already done several successful Kickstarter campaigns for graphic novels. taking advantage of the freedom of not being tied down to a publisher to create adult oriented books.

Sex and Violence 2 has already hit its target with over 20 days to go and anyone who hasn’t got the first book but likes the sound of it can get a new edition as part of a package deal through this campaign, with new editions featuring cover art by Dave Johnson and  Amanda Conner available.

For more info check out the Sex and Violence 2 Kickstarter

Andy Haigh started writing to counteract the brain atrophying effects of Retail Hell, now it's an addiction. Andy is an unrepentant sequential art absorbist and comics are one of his passions. Other interests include Film, Music, Science Fiction and Horror novels and quality TV like Game of Thrones. He can talk about these at great length if only someone would listen. He lives a somewhat hermit like life in The Shire, spends too much time on social media and is still waiting to go on an adventure.
More Goodness
amanda connercomicsCrowdfunding