previous
Marvel Fact Files - 7GPPS
random
next
Where are the Female Avengers?
Books and Comics
0 likes

Straight to the point: With a strong storyline and a menagerie of wonderfully provoking photographs, I read this book in a single afternoon and turned the last page, willing for there to be more with the power of my mind. Sadly, it didn’t work.

Miss Peregrine’s Home for Peculiar Children is the debut novel by Ransom Riggs, and what a debut it is. Published in 2011, the story tells the tale of Jacob Portman, a 16 year old boy who travels to Wales to try and learn the truth about his grandfather’s past after he was brutally murdered by a monster only he could see. After months of grieving and intense therapy, Jacob traces his roots back to an orphanage; the orphanage that was the centre of his grandfather’s tall tales- tales of floating girls and invisible boys.  Jacob comes to realise that they might not have been so tall after all once he meets Emma, a strikingly pretty girl who seems to be able to bend fire to her every desire. 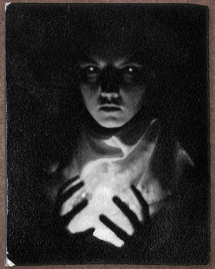 The truth is revealed when he meets Miss Peregrine and discovers his real roots: in a 1940 time loop with the “peculiars”. With Emma, Miss Peregrine and the other peculiars, Jacob must help protect those he comes to love so much from a fate worse than death, all the while, trying to come to terms with his own discoveries; is he a peculiar himself?

I’m not going to ruin the surprise. Spoilers! As soon as I opened the book to the first page I knew I was hooked. Right from the very first sentence the story drags you in, pulling and tugging until finally you are sucked through the vortex, away from real life and landing with a bang right in the middle of the novel. 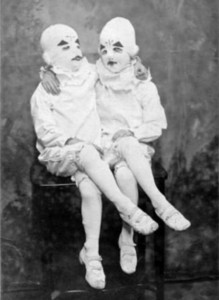 The writing style has the maturity I seek in any book I read and is beautifully crafted into the most interesting novel I have ever read. The photographs only bury you deeper into the storyline- reality isn’t an option until the end is reached. Each picture (which is a genuine article found in various car boots and archives as an interesting side note), depicts a strange phenomenon that cannot be explained, for example, a floating girl or a man holding a boulder over his head. Even the seemingly normal pictures, a portrait of a girl, is turned into something magnificently peculiar.

I would recommend this book to, well, anyone who can read really. I would promote this book until everyone I knew had read and loved it as much as I do. Each page opened a new adventure, a new emotion, a new excitement.

In summary, read this book. Read it until the words are burned into the backs of your retinas and you can recite the novel word for word. Science fiction fan, fantasy fan, creepy, weird, mysterious fan, you’ll love this book. Ransom Riggs has a writing style that surpasses those I have read previously and captures my imagination tighter with each sentence that passes. The writing is peculiar, the photos are peculiar, even the book feels peculiar.

In short, read it, enjoy it, love it. Be peculiar. 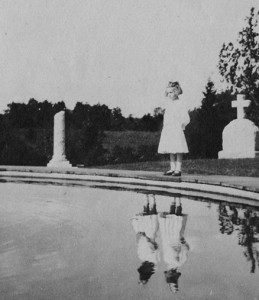 Here is me in the form of a haiku: My name is Jodie, Love fun, love hugs, loving life, To write is to be.
More Goodness
jodieavoMiss Peregrine's Home for Peculiar ChildrenRansom Riggs

In case of Zombies, CDC has us covered, don’t they?