A unique idea with an even more unique twist

Art style is very minimalist, story can seem bizarre and disjointed at times

You'll love it or you'll hate it- either way, it's worth a look!

What if the good cop and the bad cop were the same person?

Well, Detective Inspector Brian Fisher (but please, call him Brian) of the City of Glasgow Police is here to answer this question… but not in the way you’d expect. One would imagine the comic to be full of warring narration boxes detailing Fisher’s struggle with his darker side (who, interestingly enough, is not given a separate name or personality) but that would be too easy. Instead, we are treated to a series of stories and police reports that, when read in a single sitting, feel like going down a brightly-coloured fairground slide into the abyss.

I should probably explain. 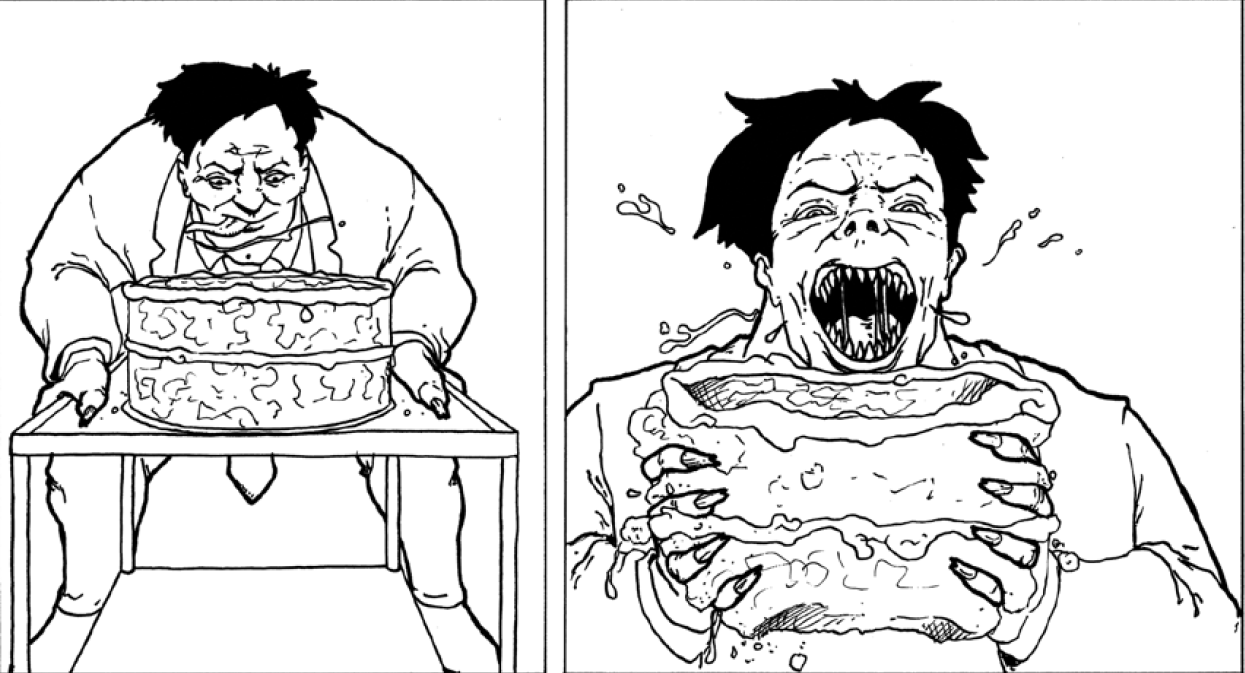 As you’d expect from something with “Casebook” in the title, GCBC is a series of mostly standalone comics, with one story being told in the form of a police report and appearing in instalments throughout the book. This story was by far my favourite, partly because recently I have grown obsessed with comics that use other visual formats to tell stories, but also because the rapid shifts in personality give a humorous twist to what would otherwise be a standard pulp story.

The first couple of stories are wacky, surreal hijinks, with the story ending on a punchline rather than a solved crime. It gets a little bleaker with “Three Strikes”, a story about a missing girl, which was a close second-favourite for me due to the gleeful horror of the last page. The book’s darkness can be measured in what the “Hyde” side does when he breaks free: in the beginning, he is simply guilty of eating an entire cake, but by the end he has truly earned the title of monster. By the final story, I was reading with an expression that on Facebook I might describe as O.o and worrying where all the laughter went.

Fisher investigates a crime scene (art by Will Pickering)

The art takes a fireman’s pole to hell in a similar fashion, with three separate artists each taking a third of the book. The first section, drawn by Garry McLaughlin, consists of fairly simple line drawings with next to no shading; the second section, from Will Pickering, has minimal shading and tone; and Luke Cooper’s third section has a more traditional black-and-white movie feel. Whilst this works on paper as a visual symbol for the book’s descent into darkness, it can come across quite jarring in execution: McLaughlin’s section in particular looks like pages out of the weirdest colouring book ever made, and I feel the book would have been better served by Cooper’s Hammer Noir renderings throughout. This is not to say, however, that the art is of poor quality- in fact McLaughlin was the artist of “Three Strikes”, and thus can be held responsible for creating one of the creepiest smiles I’ve seen in quite some time. 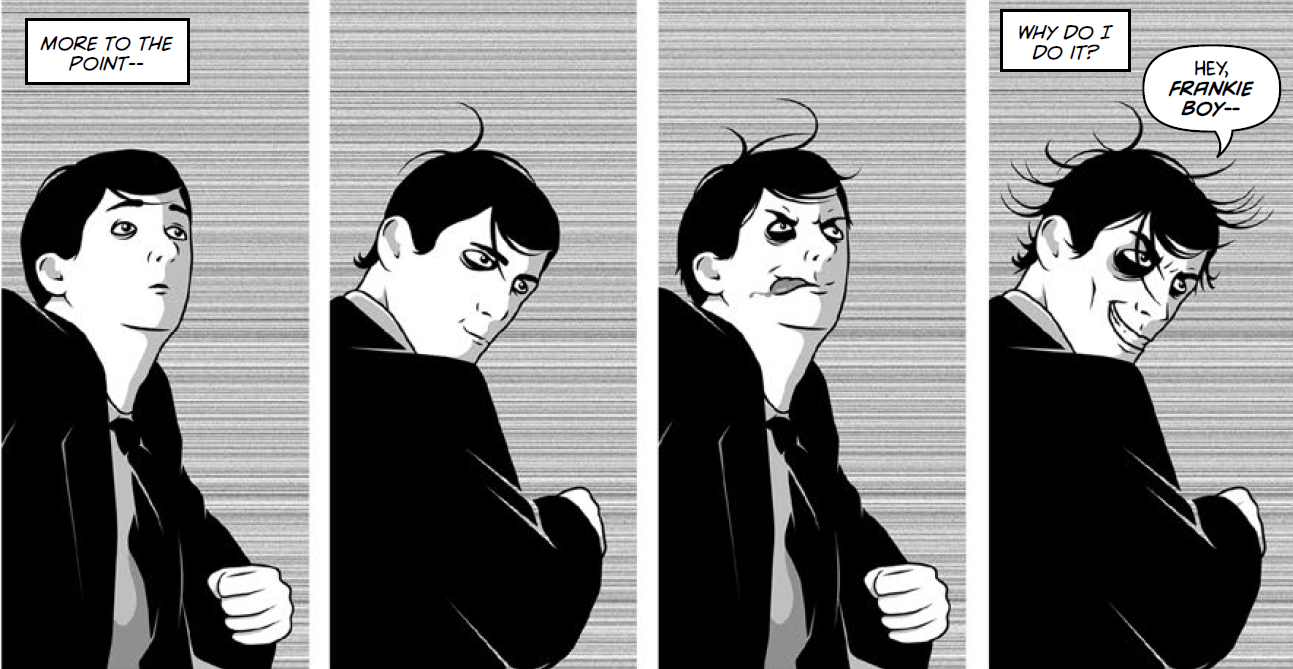 Basically, then, if you like your crime fiction to be straight-up noir, or slow-burning whodunnits, or heaven forbid a CSI brand of forensic chic, then you should know before going in that this is not that. If, however, you’ve found yourself thinking “Boy, I sure wish someone would make a comic that was like Sin City and Robert Rankin and Twisted Dark in the world’s weirdest smoothie!” then your wish has been granted. Also you wish really weird and specific wishes and if you have more wishes you should use them really, really carefully. 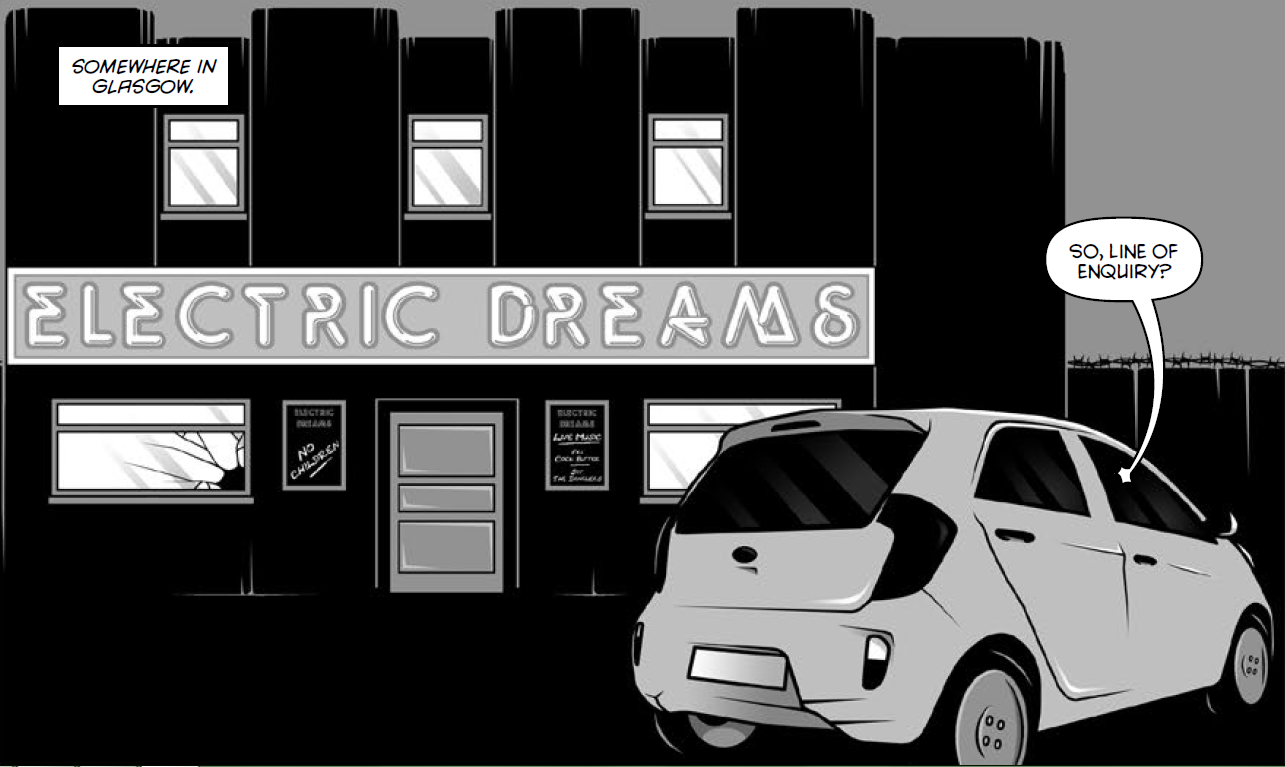 At the time of character creation, Laura Maier made the mistake of putting all her points in charm. While this was probably an unwise decision, it's served her well so far. Her power animal is the platypus.
More Goodness
jim alexanderjim campbellplanet jimbot