previous
In The Shadow Of The Sword: The Battle for Global Empire and the End of the Ancient World by Tom Holland - Book - 9 GPPs
random
next
Before Watchmen - Full Series Review - 6 GPPs
Books and Comics
0 likes

For a more mature audience

Warners Animation have been busy bunnies in the straight to DVD department over the last couple of years, working their way through DCs back catalogue of stories and bringing them to life with varied success ; , the latest of the bunch being ‘Superman Vs The Elite.’

The Elite were first introduced to the DC world back in 2001 as a group of former military capes who, inspired by the big blue boy scout, decided to branch out for themselves and become the heroes they thought the world needed. Be advised this one Is not for the junior geeks out there.

They were designed to fit Superman into the more ‘adult’ readership demographic (something that has been growing as comic-books are making a resurgence in the zeitgeist) and so contain more mature content like swearing etc. They loosely resemble ‘The Authority’  who in turn are a somewhat R Rated Justice League.  Confused? Well then you better get yourself  down to your local commix shop and brush up sonny!

Animated in a Japanese style, with Big Blue getting a supersizing,  the story and colours work well and remind me a lot of the Gundam series, without the mechs. The pace is well set and overall, the story kept my attention, well until the cheesy end.

The above being said, I do have few gripes. The leader of The Elite is one of my favourite comic book characters of the last decade, Manchester Black. He’s a Telekinetic, from guess where? With the Union Jack tattooed across his torso and spends a lot of his time playing both sides;  the nearest comparison I could give would be a kind of male Catwoman.  Where my problem lies is not with the character himself but in how he is acted; the dreaded Hollywood accent. The old trick of hiring someone from the UK who says “I can do that accent no bother” and the Yanks, not knowing any better, accept it, with the resulting hybrid accent being a sort of scotch-cunian affair; from his first line things started to go downhill and in the end it just ruined it for me.

The point of the story is to ask is Superman relevant to this cynical world we live in, and how can he be an example to us? This chalk and cheese approach to heroism between him and The Elite shows the fine line that can be crossed in a position of power and how the intention of doing good can often be mistaken as “doing good;” and that’s when bad things happen. A good premise and an interesting angle but, (and here is my second gripe) one I surmise that is just there in a bid to bump up the rating and make it more appealing to those who would not generally be into Superman;  I never thought I would see the day that Superman would utter the word ‘Wankers’ but that day has very much come!

All in all I think this release does pave the way for Zack “Slo-mo” Snyders new Superman movie, which from rumours will also be a more mature affair, but it’s not really worth going out of your way to see; especially, as like me, dodgy accents really get your goose. 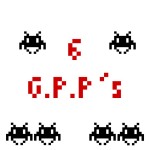 Batman: Strange Days – A Short for the 75th Anniversary