previous
Dial H Volume 1: Into You
random
next
Will Grayson, Will Grayson - John Green/David Levithan
Books and Comics
0 likes

If you're looking for big-name characters, you won't find any... yet.

The teaser images for The Movement and its sister title, Green Team: Teen Trillionaires, worried me slightly. With their emphasis on the 99%/1% angle, I was concerned that they’d jumped on the Occupy bandwagon long after it had left, and that the comics would end up faceplanting the road and feeling like idiots. So it is with a heart full of joy and relief that I realised that The Movement has both its face and dignity intact. 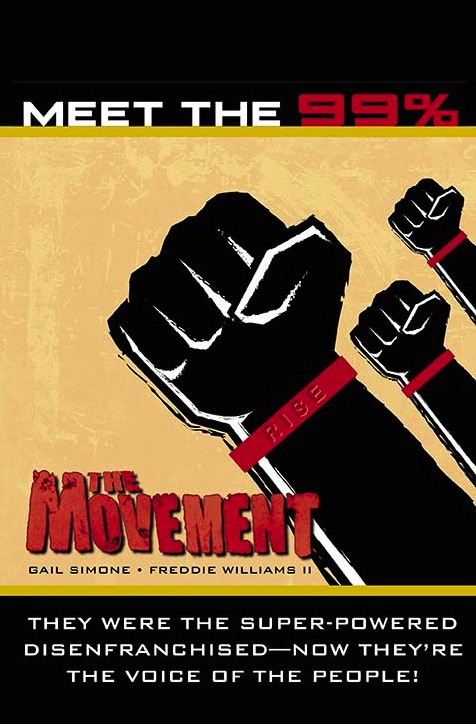 The Movement centres on a group of superpowered teenagers intent on taking back a small corner of their town as their own anarchic domain, and delivering swift punishment to those who abuse their power. In fact, the more you read, the more you see that the true basis for The Movement is not Occupy, but Anonymous.  The Movement  has prostitutes, drugs, violence and a pair of police officers crossing a pretty major line in their treatment of a young street girl- and that’s just the first page. Following this, the eponymous movement -known in-universe as Channel M- reveals that they absolutely will not stand for this shit, and deals out swift punishment by recording the incident and leaking it to the press. And if you’re still not quite getting the reference, I’ll just point out that not only is Channel M described as a “controversial [hacker] group of anonymous activists”… they also get a lot of random people to wear the same distinctive mask: 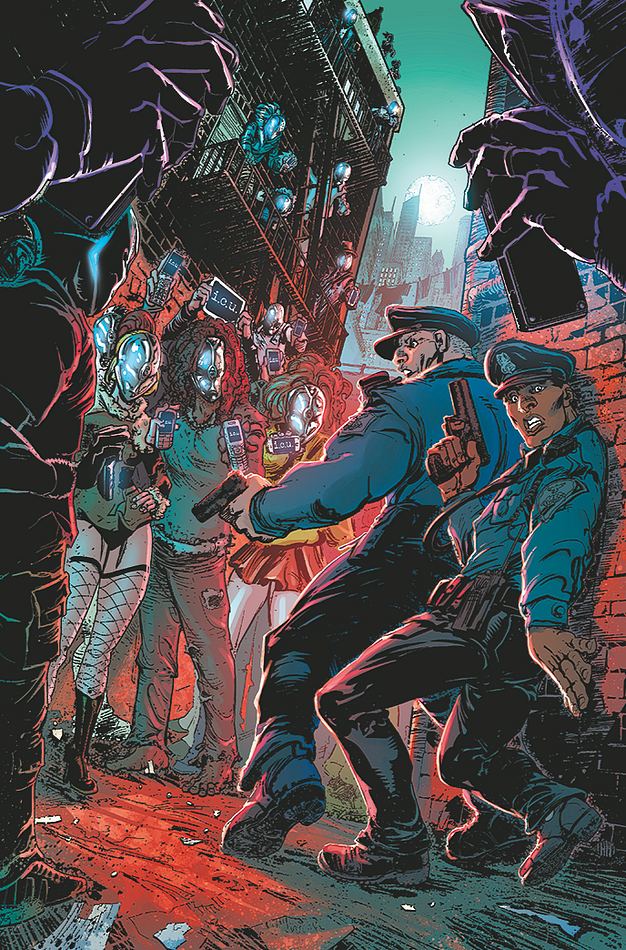 The Movement acknowledges corruption in the organisations we are meant to trust, without falling into wild-eyed assertions that they’re all out to get us. The end result is very politically mature for a comic that on the surface is about a bunch of superpowered young people sticking it to the man.

The cast is made up mostly of brand-new characters -with the exception of Secret Six extra Tremor, and recent Batgirl antagonist Katharsis- and there’s a lot of potential for the newbies to shine.  My favourite so far has to be Virtue, with the power to ride emotions, and an uncompromising approach to dealing with trespassers.   This issue is pretty action-packed, so we don’t see much of their personalities, other than the fact that they will not tolerate corruption, and they would very much like it if the police would kindly get the fuck out of their territory, please.

Since Wall Street is not longer Occupied, SOPA and PIPA were shot down pretty swiftly, and nobody has started a riot in a British city for almost two years (gold star, guys!) a comic about the angry proletarian runs the risk of being considered too little, too late.  To Simone’s credit, however, it doesn’t depend on an extensive knowledge of current events to work as a concept, which gives it a strong chance of surviving the test of time in the same way that classics like V for Vendetta have. 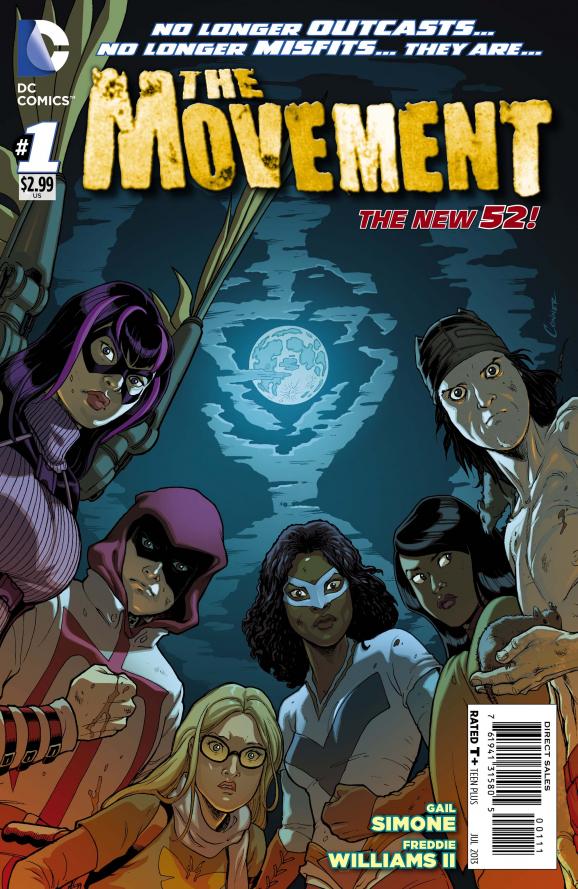 [quote]We are faceless. We are limitless. We see all. And we do not forgive. Who defends the powerless against the GREEDY and the CORRUPT? Who protects the homeless and poverty-stricken from those who would PREY upon them in the DARK OF NIGHT? When those who are sworn to protect us abuse their power, when toxic government calls down super-human lackeys to force order upon the populace…finally, there is a force, a citizen’s army, to push order BACK. Let those who abuse the system know this as well: We have our OWN super humans now. They are not afraid of your badges or Leagues. And they will not be SILENCED. We are your neighbors. We are your co-workers. And we are your children.[/quote]

At the time of character creation, Laura Maier made the mistake of putting all her points in charm. While this was probably an unwise decision, it's served her well so far. Her power animal is the platypus.
More Goodness
amanda connergail simonethe movement