Lots of scene-setting, but with a story as rich as The Rage, this is forgivable.

The Rage is a unique take on the zombie genre, adding an additional layer of conflict within the story. As a first volume it neatly establishes the setting that future storylines can explore further.

One might think that the titanic juggernaut that is zombie fiction would be slowing by now. Pierre Boisserie has other ideas…

The Rage graphic novels are set in the near future where a global pandemic of a mutated form of rabies has swept the world. This virus only affects children, turning them into psychotic killers and humanity must ask itself if it can kill every child, or face extinction.

Like all the best zombies stories, the focus of the tales isn’t the zombies, but rather on the characters affected by the situation.   Zombie Generation first sets the scene demonstrating the danger posed by those infected with the Rage and then spends much of the story exploring how the world has adapted to their existence. 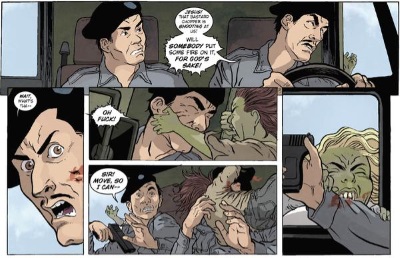 At the centre of the story is a young mother called Amina, whose back-story is perhaps one of the most tragic that I have read in recent years. Amina is a likable, strong-willed character who manages to be bold without being invulnerable, thus she never feels invincible. Her interactions with military personnel are suitably naive and yet she remains a strong protagonist, refusing to back down.

Throughout the story, we learn through flashbacks Amina’s own tragic tale, and the lengths she will go to protect those she loves. Hopefully, in future volumes, we will learn more about the other characters, as many felt comparatively shallow despite being equally fascinating.

There is a lot of scene-setting in Zombie Generation, where we are introduced to an abundance of characters and concepts. Despite this information-heavy introduction, it never feels like an info-dump, as the story is more than strong enough to carry all of the information that is seeded throughout the storyline. 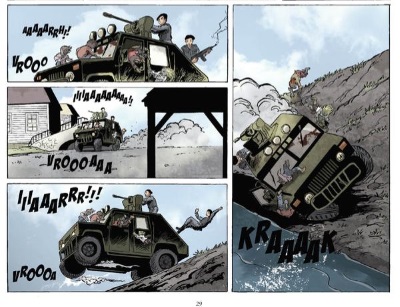 Malo Kerfriden’s artwork is suitably grounded with all the characters remaining distinct, which could have been difficult when many are wearing combat fatigues and body armour. The visuals were visceral without being gratuitous, relying on the reader’s imagination to convey what is happening between panels. 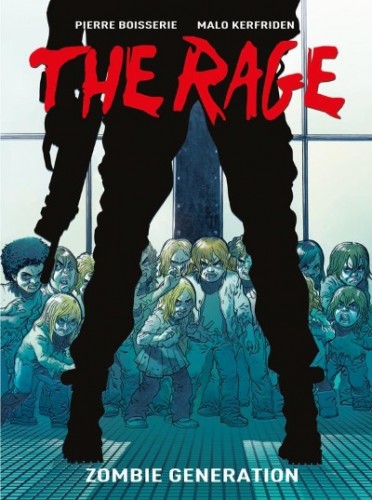 Science Fiction: the final frontier. These are the articles of the freelance journalist Peter Ray Allison. His continuing mission: to explore strange new realms of fiction, to seek out new genres and new visions of the future, to boldly geek where no one has geeked before.
More Goodness
2.8 hours later28 Days Latercomics