previous
Because Geek is Chic
random
next
Being a Geek 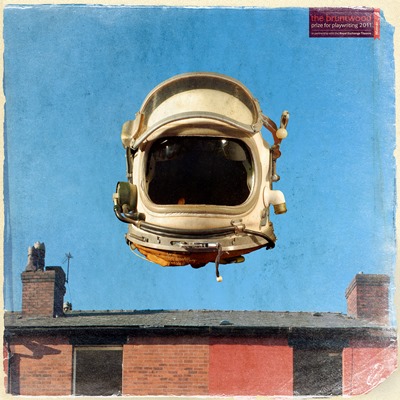 BRILLIANT ADVENTURES come to Royal Exchange Theatre, Manchester, this May. Written by Alistair McDowell and directed by Caroline Steinbeis this adventure weaves a tale of two brothers, dirty deeds and breaking the laws of physics. Here is the official press release:

The world premiere of Bruntwood Prize-winning play BRILLIANT ADVENTURES by Alistair McDowall comes to the The Studio at Manchester’s Royal Exchange Theatre from Wednesday 8 May to Saturday 25 May.

A fast paced tale of brotherhood, addiction and breaking the laws of physics, BRILLIANT ADVENTURES is presented by the Royal Exchange Theatre and Live Theatre, Newcastle.

The play tells the story of nineteen-year-old science genius Luke. He finally has some peace to work on the extraordinary box in his living room, holed up in a dingy flat on a near-abandoned Middlesbrough housing estate.

After his unbalanced brother Rob introduces him to a wealthy out-of-towner they’re thrown into a dangerous world that threatens to tear the brothers apart and unleash the power inside his invention.

Written by Alistair McDowall (currently on attachment with Paines Plough and Channel 4), the play was awarded a Bruntwood Prize for Playwriting in 2011 and was part of the Royal Court Theatre’s Young Writers Festival 2012. In 2012 he was commissioned to write for the Soho Theatre/Live Theatre collaboration UTOPIA.

The production is directed by rising young director Carline Steinbeis. Winner of the 2009 JMK Award for Young Directors, her previous credits include Caryl Churchill’s MAD FOREST (Battersea Arts Centre) and FATHERLAND (Gate Theatre). She runs her own company, Strike Ensemble.

Geek Pride shall be attending and I must admit I am very excited. I can’t recall a time I have ever seen anything sci-fi based at the theatre, unless you count We Will Rock You, which I’m not.

I’m looking forward to and am intrigued as to how the atmosphere of a true science fiction story that is set in an almost abandoned housing estate, will be created on stage. However, it is the tale of the brothers that particularly interests me. I enjoy stories that focus on the delicate nature of the human relationship and how loyalties can be tested.  Based on what the writer has to say, the story of the brothers is the core of the production and whilst he considers it a comedy he also suggests a sad element to his play. Alistair talks about his play here:

Running from the 8th May – 25th May at the Royal Exchange Theatre Manchester, the production will then move to Live Theatre, Newcastle from Thursday 30 May to Saturday 15 June.

Editor and occasional writer for Geek Pride! I prefer Star Trek over Star Wars, collect comics and wish I could be a superhero one day. I tabletop RPG as well as a little gaming, design the odd t-shirt now and again, update my Geek Parenting Tumblr and when I have cash to spend (which is rare) I scour the internet for Wonder Woman collectables. Also Doctor Who and Firefly rock!!
You might also like
breakingManchesterplay