previous
Doctor Who Enemies: The Daleks
random
next
The Doctor Whether You Like It Or Not: A Sixth Doctor Retrospective 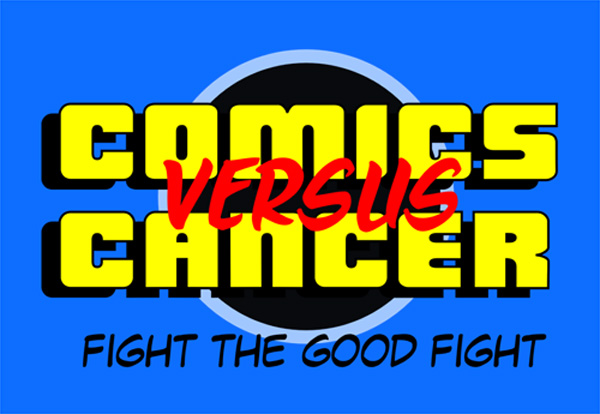 Gordon Robertson had Bowel Cancer, thankfully he doesn’t have it anymore.

The experience inspired him though, he co-created the critically acclaimed webcomic ‘Arsecancer’ along with artist Cuttlefish also the pair came up with Comics Versus Cancer.

The idea was simple; raise money for bowel and breast cancer charities and hold a raffle for awesome prizes. These prizes would be donated by numerous folks from the world of comics using a donations from,

The prizes are still coming in too.

To be in with a chance of winning something all you have to do is buy a ticket or tickets from them either at  Thought Bubble Comic Con 23-24 November, where the pair will be at Table 4 in the Royal Armouries Hall or you can buy them via Paypal sending money to mail@comicsversuscancer.com.

For more details visit the Comicsversuscancer site here CLICK ME

Andy Haigh started writing to counteract the brain atrophying effects of Retail Hell, now it's an addiction. Andy is an unrepentant sequential art absorbist and comics are one of his passions. Other interests include Film, Music, Science Fiction and Horror novels and quality TV like Game of Thrones. He can talk about these at great length if only someone would listen. He lives a somewhat hermit like life in The Shire, spends too much time on social media and is still waiting to go on an adventure.
You might also like
breakingspotlight