previous
Like Comics? Like Graphic Design? Check This Out!
random
next
Warren Ellis To Relaunch Marvel's MOON KNIGHT! 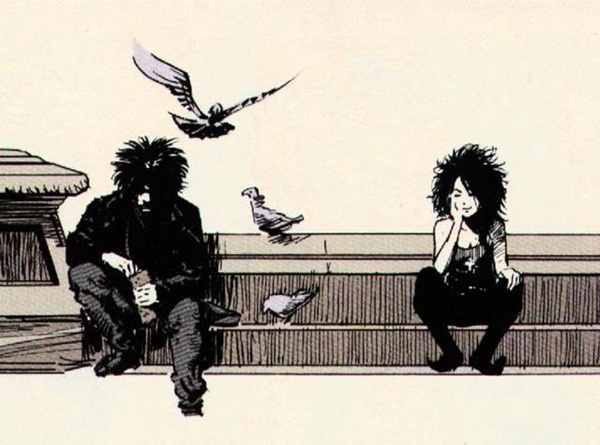 Adapting classic critically acclaimed comics for the screen is the in thing apparently as Badassdigest has announced that David Goyer has been in talks with Warner Bros about another long mooted adaptation, Neil Gaiman’s The Sandman.

“What tended to happen a lot in the ’90s was the point where Warner [Bros.] would get relatively close to making a ‘Sandman’ movie, and then somebody would get realistic about the fact that the film would not be PG-13, and that it would be incredibly big and expensive, and it would never really be made or the sequence of films that you would need to make ‘Sandman’ would never get made. I think things like the ‘Dark Knight’ films kind of changed that, just how big and dark you could get.”

“When I used to go for meetings at Warner Bros., the top execs there didn’t know who or what ‘Sandman’ was, and they weren’t really interested, but the nervous juniors who would bring me the bottles of water when I arrived, and would get me to sign their comics on the way out — they knew. They are now running the studios.”

Neil Gaiman’s Sandman has long been held as one of the best examples of what can be achieved in sequential art and artist Dave McKean having previously illustrated Arkham Asylum became synonymous with Sandman after his memorable covers for the series and its collected editions and various spin offs.

With Alan Moore’s ‘unfilmable’ Watchmen now in the rear view mirror and the recently announced Preacher series coming from AMC it begs the question which classic comic property is going to be adapted next?

Andy Haigh started writing to counteract the brain atrophying effects of Retail Hell, now it's an addiction. Andy is an unrepentant sequential art absorbist and comics are one of his passions. Other interests include Film, Music, Science Fiction and Horror novels and quality TV like Game of Thrones. He can talk about these at great length if only someone would listen. He lives a somewhat hermit like life in The Shire, spends too much time on social media and is still waiting to go on an adventure.
You might also like
breakingDave McKeanDavid Goyer