previous
How to kill a character the right way - Walking Dead Eps 15 **** SPOILERS****
random
next
Curse Your Sudden But Inevitable Betrayal!

Today the BBC have confirmed that David Tennant (the beloved Tenth Doctor) and Billie Piper (Rose Tyler) will co-star next to the current Doctor and companion, Matt Smith and Jenna Louise-Coleman, to mark the 50th anniversary of Doctor Who which is to be aired on 23rd November 2013. 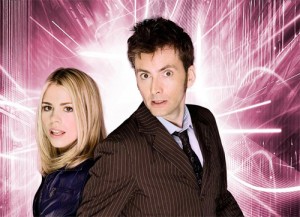 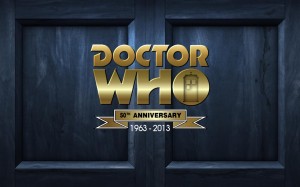 We have also had confirmed that John Hurt (who also appeared in Harry Potter) will also make an appearance in the exciting 3D spectacular.

Filming for the 50th anniversary will start sometime this week. However, whilst we are on the subject, don’t forget to tune in to BBC One this evening at 6.15pm to watch the first episode of the new series which will officially introduce the newest companion, Clara Oswald in the episode called “The Bells of St John”.

I will admit, I am excited. Watch this space for a review of the new episode from me- and expect a lot of squealing!

Here is me in the form of a haiku: My name is Jodie, Love fun, love hugs, loving life, To write is to be.
You might also like
50th AnniversaryBBCBBC One