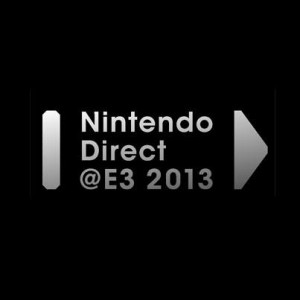 Always striving to be different, Nintendo may have gone a little bit too far this time in their decision not to conduct a live E3 presentation in person. Instead, viewers the world over were divided into three regional camps and each was presented with a tailored presentation for their respective region, with two presentations in English for North America and Europe and a third presentation in Japanese for Nintendo’s home crowd.

Each presentation was conducted by Nintendo president Satorou Iwata recorded in their head office in Kyoto and was broadcast at 3PM UK time to prevent information leak. Whilst this worked out to be quite convenient for Europeans, it must have been sore for the large numbers of jet lagged games journalists from across the world who had descended upon Los Angeles for a barrage of networking sessions and after-show parties, only to be told that Nintendo needed them to be up and ready for 7AM local time. 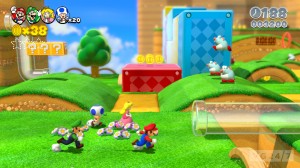 Short yet not so sweet…

In stark contrast to 1.5 hour conferences hosted by Sony and Microsoft yesterday, Nintendo’s E3 Direct lasted for only a mere 40 minutes.  Iwata wanted to point out that Nintendo have been working hard to fill the space of the ailing Wii U with new and innovative software yet sadly not much of that was on show. What actually followed appeared to be a list multi-platform ports and trademark  franchise sequels, some interesting, some not so interesting.

3DS fans will be treated to Pokemon X and Pokemon Y, the first sequels in the series to be released on the 3DS and two games that are likely to sell by the bucket load as soon as they’re launched. Unfortunately what Nintendo needed was a system seller for the Wii U. The Wii U received almost no love from EA and Ubisoft during their presentations yesterday and whilst some of the Wii U games which were shown today look interesting, there wasn’t much there that would make most people actually want to go out and buy the console.

Super Mario 3D World definitely looks interesting albeit slightly too similar toSuper Mario 3D Land on the 3DS and the downloadable E-Shop title Donkey Kong Country Tropical Freeze looks like it could be a lot of fun but isn’t really any different to anything that we haven’t seen before on the Wii and 3DS. The following games are definitely worth a mention though: 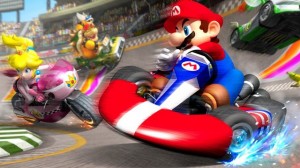 Mario Kart 8 uses anti-gravity and flight to mix up the old formula.

Mario Kart sequels have been a bit of a mixed bag since the Gamecube era, from the disappointing Mario Kart: Double Dash to the better than life Mario Kart 7 on the 3DS. Mario Kart 8 will be a Wii U exclusive that aims to take things one step further by adding flight elements, bikes and even anti-gravity tracks. With full support for both the Wii U tablet controller and optional motion controls, this is the first ever Mario Kart to officially be released in HD and if you’re one of the few Wii U owners out there right now then you are not going to want to miss this one when it launches next year. But then again, you knew that already, right?

Pikmin 3 will actually be available in less than 2 months from now on 4th August but today was actually the first time that the game has ever been made available for public demo. Not likely to be much of a system seller but Pikmin definitely has it’s fan base.

The Legend of Zelda: The Wind Waker HD Edition

If any one game is giving me the reason to consider buying a Wii U right now then this is it.  A HD remake of the cell-shaded Gamecube classic, Wind Waker HD features full HD graphics running at 1080p and enhanced shaders to create some seriously gorgeous animation. Social networking features have also been implemented via MiiVerse through a ‘message in a bottle’ that players can write using the tablet controller and then send out to sea. Sadly, no Zelda U was announced today but in some ways this HD port is just as eagerly anticipated. Wind Waker HD will be released for Wii U this October.

Ironically for anyone old enough to remember the days when these two publishers were desperate rivals, Sega announced last year that Bayonetta 2 would be exclusive to Wii U and so far that shows no signs of changing. Bayonetta 2 somehow manages to look even more risque and mental than it’s predecessor and it would seem as though Iwata-san is particularly enthralled by Bayonetta’s new short hair cut. Unfortunately Bayonetta 2 has been slightly delayed and will be launched next year.

Originally scheduled to be a launch title on the Wii U, The Wonderful 101 has gone through several delays but is finally due to be released on 23rd August in the UK and Europe. Players use the gamepad to control an army of superheroes and create their own methods of dealing with the opposing alien force.  This game could be somewhat of a niche title but it’s good to see a new and creative IP once in a while and especially on a format where new ideas seem to be lacking. 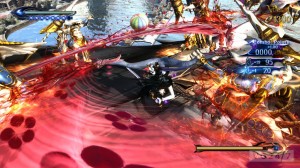 To be launched cross-platform across the 3DS and Wii U in 2014, Megaman has been added to the character roster and the visuals look as shiny as one might expect. Nintendo did not go into any precise details about 3DS to Wii U Cross-play functionality but we can expect to hear more about this one next year.

Not a great deal which is worrying for a format which seems to have to rely so heavily on 1st party support. Nintendo did show a continuing relationship with the casual market through Wii Fit U and mini-game compliation Wii Party U but both of those games have unfortunately suffered delays and Wii Fit U will not arrive until Winter of this year. Nintendo did seem to focus a lot of attention and time on apologising for delays which is commendable considering how often things in the games industry are swept under a marketing rug but through conducting the presentation remotely, a layer of shine appeared to be missing. Iwata doesn’t seem to be able to comfortably deal with Western marketing spiel and at a time when the Wii U is performing so badly, Reggie Fils-Aime’s ability to appeal to the masses and win over a crowd definitely wouldn’t have gone a miss.

This year’s staple cross-platform releases from Ubisoft, including Watch Dogs, will see a Wii U release but EA have recently stated that the platform just isn’t a priority for them and it has not yet been entirely confirmed whether or not Call of Duty: Ghosts will be making a Wii U appearance. The Wii U does look like it has a lot of potential but as 3rd party support seems to waning, particularly as the console is vastly inferior when compared to the Xbox One and PS4 in terms of tech, Nintendo may have to start innovating a little more themselves if they really want to save this console from the scrap heap.  Or at least an official price drop would be nice…. please?

Do you own a Wii U or are you thinking of buying one?  Do you think the Wii U is just done for at this point? Let us know in the comments section below or via Facebook or Twitter.

A proud member of the Geek Pride video games editing team, Sai can currently be found trying to get through his Christmas games backlog (and failing miserably at it).
You might also like
3DSbreakingconference