previous
Dancing Psycho Midgets? It can only be the Gearbox Panel at PAX!
random
next
Get a Bite of the Zombieland TV Show

I like cosplay, it’s not something I partake in myself but I love seeing other people’s takes on well known and not so well known characters; whether they’re from comics, videogames, TV shows, manga or films. I like the imagination on show, I admire the talent, skill and dedication that it requires and it never ceases to amaze and surprise me at what people can achieve. Some of these creations look as good if not better than what an FX studio with a massive budget has achieved for a feature film, if you don’t believe me then check out this Doctor Doom

There’s something else that’s becoming more prominent in cosplay though, with the advent of Facebook pages following the mass deletion of Cosplay profiles. Cosplay has arguably become more of a squabbling popularity contest with a relentless quest for ‘likes’ and validation. Which leads to the question of ‘are people cosplaying for fame?’ This in itself would’ve been a rather bizarre notion just a few years ago but with all things comics being thrust ever more into the mainstream spotlight, with comic cons popping up everywhere, cosplay is bigger than it has ever been before.

In the new ‘Facebook Age of Cosplay’ the amount of ‘likes’ a page has is perceived as relating to the amount of talent and skill that person has, too many ‘likes’ though and people will question their ‘nerd/geek cred’ and accuse them of having no interest in comics/games/etc, not enough ‘likes’ and they are seen as unworthy of attention.

Another consequence of the integration of Facebook is an emphasis on well composed and professionally edited images and the sexually appealing. The latter of which has lead to the apparent bizarre trend of numerous people ‘liking’ pages of cosplayers purely so they can subject them to callous often misogynistic abuse. The more ‘liked’ a page is the more abuse that page’s owner is subjected to; a consequence of this is the owner may be far less likely to respond to comments from actual fans because they are buried in amongst the hate. If every third comment on a photo they post is callous then you can hardly blame them for being less inclined to actually look at them at all. 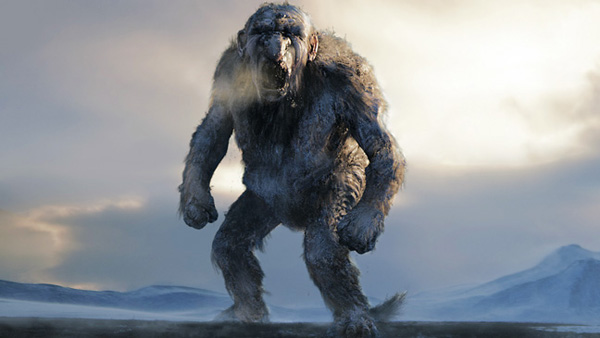 Everyone’s used to people being  malicious on numerous sites. It’s called trolling and long ago entered into the lexicon of internet users, a direct result of the anonymity that the internet bestows on people when they are on most websites, where all you need is an avatar and a username. The difference here is an intent on the abusers part by actively liking the page in order to partake in the abuse and for the most part these aren’t people hiding behind usernames and most have photo’s of themselves too. Just to get the point across here are some examples, although I should warn you it’s not pretty. 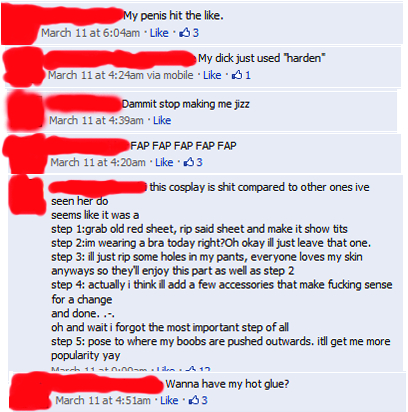 These are just a sample of the comments on just one photo, some of it is far more vulgar and it didn’t take more than a few seconds to find them.

In amongst the hate and misogyny people will occasionally try to defend the cosplayer in question.

These are regulary met with abuse too.

There seems to be one page in particular that acts as a lightning rod for this kind of behaviour from which the above comments were all taken and that’s Jessica Nigri’s page. If you are reading this then you probably know the name, since Jessica was picked to promote Lollipop Chainsaw by Warner Bros. and Kadokawa Games (her video thanking everyone who voted for her is endearingly adorable) pretty much anyone with an interest in gaming or comics has probably seen her face.

The image that provoked all that abuse featured above? 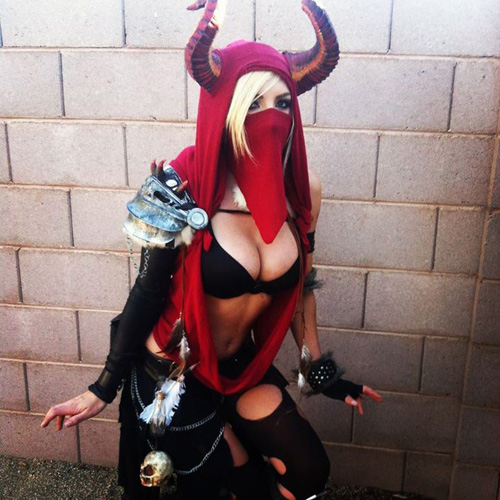 The first thing that came to mind when this popped up on my feed was ‘how did she make/where did she get the horns?’ I can acknowledge that she is attractive but this doesn’t make me regress into a priapic neanderthal and start pawing at my laptop screen whilst drooling and express this in a comment consisting of poorly constructed sentences, which pay scant regard to grammar or decency. So I’m a bit baffled as to why so many others seem to have this response.

There seems to be this train of thought amongst a section of male con attendees that says if a woman decides to cosplay as a scantily clad character for example Jacqueline Goehner’s amazing oldschool Witchblade or Toni Darling‘s Lady Thor, then somehow it’s okay to act like a creep because well you know, they deserve it right? This view is only reinforced by the numerous cosplay features focusing on women with ‘sexy’ or ‘hot’ in the title like this, this, this , this  or this or the other countless sites which seem to focus purely on cosplay as a source of titillation for guys.
Thankfully there are rather more balanced features on cosplay like this one which, shockingly, actually features pictures of male cosplayers! I thought they were like unicorns but apparently they are real!

This can have disturbing real world implications as seen with the case of Mandy Caruso, who found herself on the receiving end of some sexual harassment during New York Comic Con but quickly became at internet hero after posting about her experience. It’s not just regular folks getting tangled up in this either, actor Simon Pegg found himself dragged into a Twitter argument after posting a photo of some women cosplayers with an ill thought out caption.

It’s an inherently depressing state of affairs that conventions even need an ‘anti-harassment policy’ but more and more of them are having to put them in place with sites like the ‘con anti-harassment project‘. This being the ‘go to’ guide for prospective attendees to check their desired con’s policies on improper behaviour. As with all things involving policy, things can become complicated as seen when Jessica Nigri was promoting Lollipop Chainsaw and asked to change outfits, despite it not contravening any of the con’s rules.

Cosplayers both guys and girls put a lot of effort into doing what they do because they enjoy the experience and not for other people’s gratification. Regardless of whether they have 200 or 20,000 ‘likes’ they are still people, just because someone can’t slap you for being a creep doesn’t mean you should be. Most of all it should be about fun.

Andy Haigh started writing to counteract the brain atrophying effects of Retail Hell, now it's an addiction. Andy is an unrepentant sequential art absorbist and comics are one of his passions. Other interests include Film, Music, Science Fiction and Horror novels and quality TV like Game of Thrones. He can talk about these at great length if only someone would listen. He lives a somewhat hermit like life in The Shire, spends too much time on social media and is still waiting to go on an adventure.
You might also like
conventionscosplayFacebook