It seems we have to say good bye to yet another movie legend. This time is James Garner, who was found dead in his home earlier today. The 86 year old actor was one of the most prolific leading men in Hollywood, his acting career spanning decades and crossing over from one genre to another. 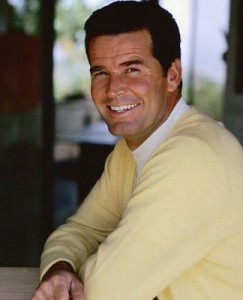 He was perhaps best known for his work on The Rockford Files (incidentally, the first series I’ve ever seen him in), but he has had roles in Maverick – being the first to play Bret Maverick – as well as in a plethora of iconic series and movies: Chicago Hope, 8 Simple Rules, First Monday, Space Cowboys, Barbarians at the Gate, and for the more romantic of us, he is perhaps best remembered for his role in The Notebook.

Not just an actor, James Garner has also won two Purple Hearts for his actions in the Korean Wars and has been involved in numerous humanitarian causes as well as being a volunteer for Save the Children.

He will definitely be  missed by all those that have followed his career and that he’s enchanted both on and off screen, with his acting skills and charming personality, respectively.

What's there to say about me? I love the sci-fi and fantasy genre when I read, but I am in no way limited to that alone. I do think Frank Herbert deserves a statue for his writing(if there is one, point me in that direction, please). I enjoy writing quite a lot, but I am also kinda lazy. If you want to make me happy give me books or Doctor Who collectibles. Or a real TARDIS, in which case I will love you forever.
You might also like
RIPspace cowboys