Most The Walking Dead fans remember Meghan, the little girl that played a part in The Governor’s redemption and immediate fall back on his old habits, but not many know who the person behind the character is. We got a chance to chat up with Meyrick Murphy, the young actress that brought Meghan to life and ask her a bit about herself.  The twelve year old actress has graciously answered our questions and we learned quite a few things about her, more importantly that she is one of us.  Take a peek below and I assure you, you will not be disappointed. 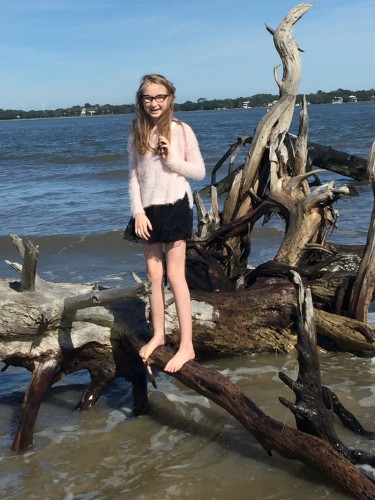 I personally don’t think I’m exciting enough to answer this question; but let’s give it a go!

I’m a middle schooler (ugh, talk about HORMONES). I love astrophysics and actually just got tickets to see Neil Degrasse Tyson at the Fox Theatre in Atlanta, and I’m mega excited for that because he’s my idol!

Let’s see… I’m a big nerd.  Deadpool is my favorite immoral superhero; and to be quite frank, it makes me a little bit upset that people are jumping on the Deadpool bandwagon now that the movie is out. Then again, I’m probably just sore from not being able to see the movie myself! Curse you, R rating!

WAIT! OH MY GOSH!! HOW CAN I HAVE COME THIS FAR WITHOUT MENTIONING THE FORCE AWAKENS?! Okay, Okay, baaaaccccckkk up. The Force Awakens was one of the highlights of my 2015. Can I share a pun with you? I don’t know if we have time but… YES, YES WE DO HAVE TIME. Okay, so you must’ve heard about the self-rising bread Rey had in her lil’ scavenger hunt? It’s not computer-generated imagery! It’s real, and took months to make!

Okay, so this is the pun–get ready:

Oh, I am laughing so hard right now. Is this not THE BEST pun you’ve heard all day?! I think it is, good sir.

You started your career at an age when most kids worry about play dates and homework. Did you want to become an actress since you were young and if so, who or what inspired you?

That’s true. To be honest, acting kind of was a play date for me.   It was a chance to connect with other kids who liked doing the same thing as me. And if we’re being completely honest here, I wouldn’t really like to have actual play dates anyway–so suburban, and just not my thing.

Most people first met you as Meghan from The Walking Dead, but after that role, you starred in several other movies and series: The Novice, Chasing Ghosts and more recently got involved with Homeroom (The Duda Brothers). Could you tell us what was your favourite project out of all of these? And maybe how you became involved with them?

I became involved in every single one of these projects as most actors do: I worked hard and went through an audition process. I couldn’t choose a favorite because each one is different, and I can’t compare them. On each one I met amazing people who taught, and continue to teach, me amazing things. 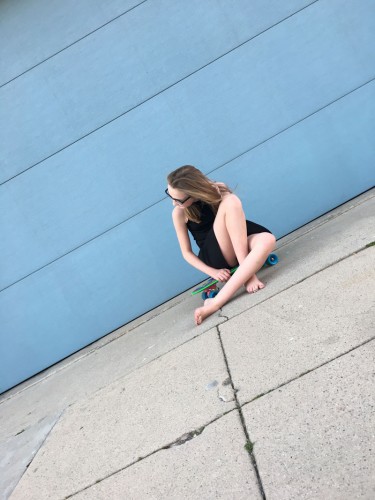 Actors and actresses usually have one dream role they would like to play, whether on stage or on the big screen. What is that role for you and why?

It would have to be a role that was really in depth and different. Working as a child in Hollywood, you see a lot of the same parts floating around in different situations. I feel like the kids really just get thrown in there most of the time, so I’d want an interesting in-depth character.

I’d really love to be a companion on Doctor Who.  That role is always different and you get to play in both historical and Sci-Fi worlds.  You just don’t see that a lot on television.

Speaking of favourites could you tell us some of your favourite books, movies, TV series? Do you find the time to actually indulge in these simple pleasures?

My favorite books are probably This Side Of Paradise and The Great Gatsby by: F Scott Fitzgerald. My favorite TV series are probably Supernatural and Doctor Who, and the obvious, American Dad! …So funny.  I think it’s important to make time for these simple pleasures because they can make all the difference in your happiness. 🙂

Other than acting, what are some of your interests? IMDB mentions you would like to become an astrophysicist some day, do you think you can reconcile the two things – acting and being a scientist – or that you might have to give one or the other up?

You know, being an astrophysicist has always been the end goal. It’s something that I’m passionate about learning about. I love acting as well, and it’s a great thing. I’d hope to continue doing both, but if something were to happen where I couldn’t, I’d prefer astrophysics.

You are quite active on social media platforms, do you enjoy that type of interaction and let’s call it ”direct” contact with your fans?

It’s a great way to share photos, and it’s awesome to be able to have direct contact with fans because, if personally responding to them makes their day, the ten seconds that it takes is totally worth it!

Do you have a message for any young, aspiring actors and actresses out there that might look up to you for inspiration?

Have fun. People can always tell if you seem miserable and unhappy, so have fun and let your personality shine, and don’t be personally hurt if you don’t get a role 99.9999999999% of parts you won’t get, but keep your head up, and work hard. 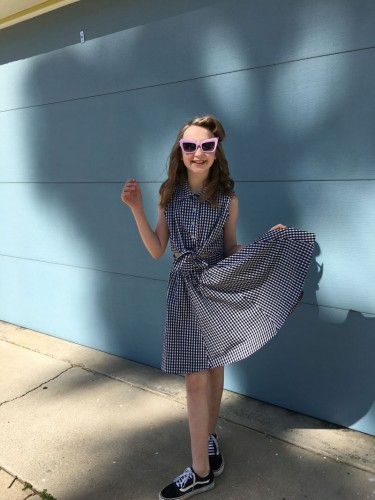 What's there to say about me? I love the sci-fi and fantasy genre when I read, but I am in no way limited to that alone. I do think Frank Herbert deserves a statue for his writing(if there is one, point me in that direction, please). I enjoy writing quite a lot, but I am also kinda lazy. If you want to make me happy give me books or Doctor Who collectibles. Or a real TARDIS, in which case I will love you forever.
More Goodness
the governorThe Walking Dead