There will be minor spoilers here but nothing you probably haven’t seen on Facebook or on adverts already and if you didn’t know Jon Snow was ‘Dead’ and are now penning me an angry reply telling me I’ve spoilt it for you, well please forward these to.

Ok now first off, we know that Jon Snow is ‘dead’ currently, multiple stab wounds from numerous assailants tends to be pretty lethal and if that wasn’t’ categorical enough, at the end of Dance for Dragons (the book) he also has his throat slit… cant come back from either of those.. surely?

Well at the End of season 5 we asked people what they thought was Jon Snows fate and got a pretty mixed response:

Now, as time has moved on and we have been given a new episode, I’m more confident than ever that he is alive, or at least, will be alive very soon.

Here are my 5 reasons / Theories why:

First major clue is the obvious; Kit Harrington has been seen in N.Ireland Filming.

I come from a small Village called Ballycarry and they film in and around there. They also film the Wall and Castle Black in the Quarry down the road from my parent’s house, in Magheramorne and every time I’m home there is always gossip about seeing someone and last time I was back, it was about Kit.

Now the argument is made, and he has said this himself, that he’s there filming as a dead body, simple as that; but I don’t buy it.

Why would you get an actor in, after a year, and have him film dead body scenes, when they could have easily filmed them last year or just had a double stand in, with prosthetics… in the end why pay what is no doubt a high daily rate for someone who isn’t really needed? 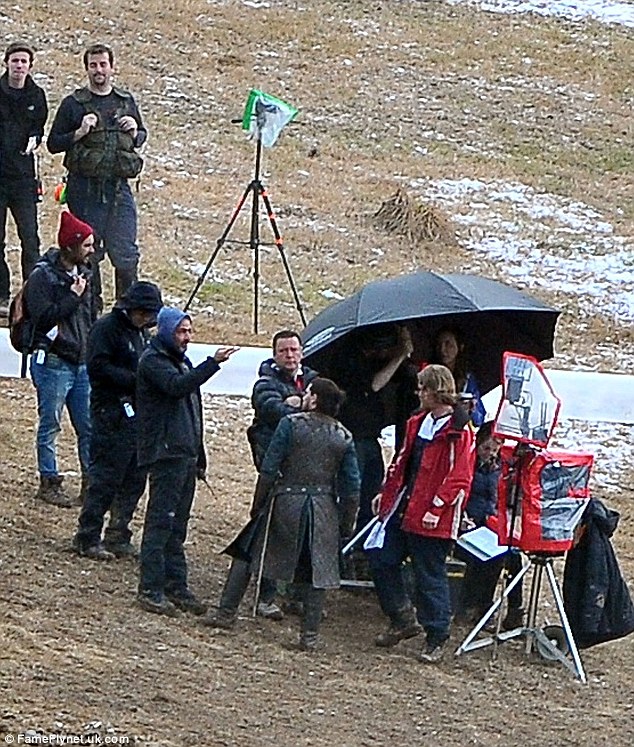 On top of this, there is one interesting photo of Lord Commander Snow garbed up and talking to crew members near to what looks like a pyre.

They are burning the body, you may say… but burning it with his sword in his scabbard and at his hip?. I don’t know lots about Westerosey burials / cremations but historically swords would be placed on the chest and wouldn’t be sheathed or placed by the Hip….. that is, unless, he’s readying for battle?

To most, who haven’t thought much into it, Jon is the illegitimate son of Eddard Stark and some serving wench he knocked up while doing Rebel things with Robert Baratheon, many years before GoT started.

Understandable you may think, he is a man’s man after all, a warrior on a jaunt down south and its not like morals in this period are overly cared about; serving wenches are standard  fare and different post code doesn’t count right?

For other Lords, knights, hedge knights and fighting men, maybe but this is completely out of character for the principled Eddard Stark.

The guy is the epitome of the honourable, chivalric Lord and knight. who loved his friends, his family and, most importantly, his wife. There is no way he would have cheated on her, let along sire an alleged bastard, then bring him home and to raise as his own.

No, there is more to Jon Snow than is being said and it would seem, even G.R.R Martin has confirmed this in numerous interviews. On top of this his apparent question to see if Daniel Weiss and Dave Benioff would be suitable to make his master piece into a series was:

“who are Jon Snow’s real Parents?”

This proves his parents aren’t who you think they are, or who Eddard would like you to believe they are. So why have a secret if they are just going to kill off the character. I know it’s a complicated story but that would just be a bit anticlimactic and a massive Red Herring.

So who are they you may ask…. like you don’t already know…. Well It isn’t stated but it is quite heavily hinted at that Jon’s parents are in fact Eddard’s Sister, Lyanna Stark and Rhaegar Targaryen. R+L=J 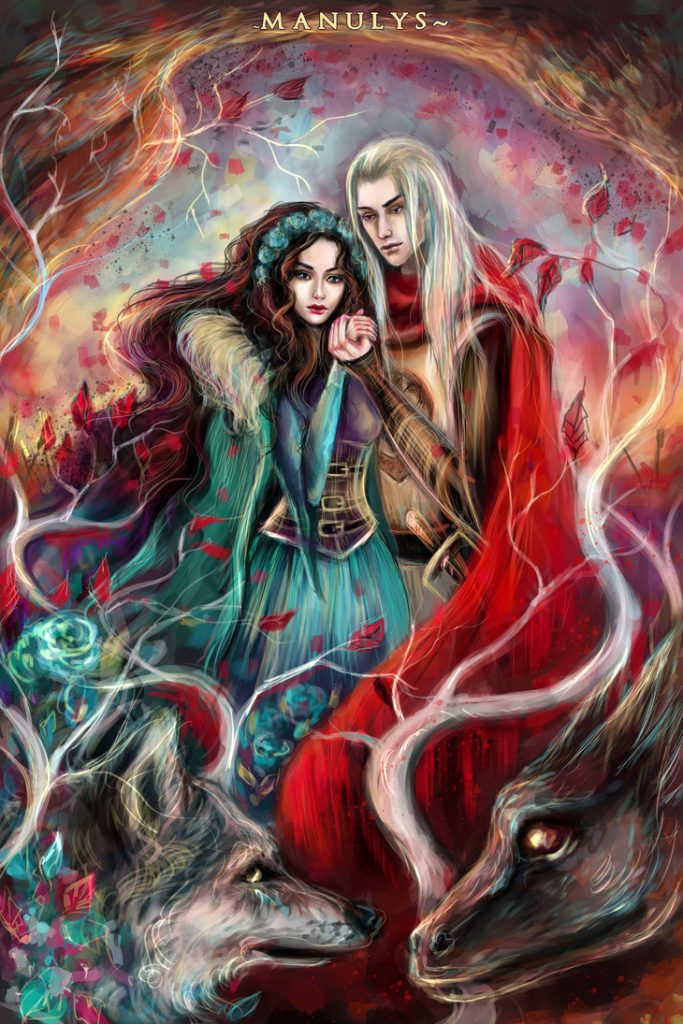 The apparent abduction of Lyanna, sparked Robert and Ned’s Rebellion against the king and led to the crowning of Robert, who was Lyanna’s betrothed. BUUUUUUUTTT it is hinted at that maybe she went freely and that they were in love and the product of this love was a child born of Ice and Fire … they should have a Song about that….wait..whhhaaaattt?!

So why is his parentage such a big reason for him still being alive?

Well its simple, why have such a big secret, one that makes the difference between, choosing people who are going to make your book into a series, if you are going to just kill the character off before the secret is revealed? Martin likes curve balls but even I don’t think he would build something like this, only to ignore it.

Corroborating evidence to this is the fact that the Tower of Joy has been confirmed as being in Season 6. 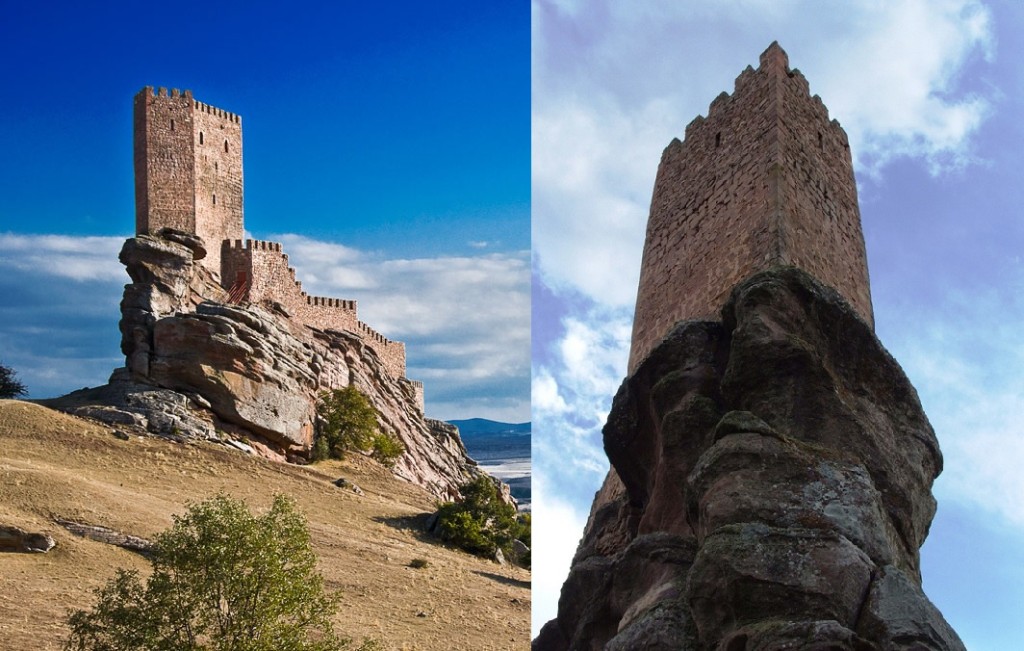 This is the tower when Jon is born, and where Eddard finds his sister, dying… apparently after giving birth to a son, whom Ned promises to raise and look after as his own… MIC DROP…BOOM!

The dead will walk the earth

Unless they burn his body, Jon Snow is coming back as a Wight…, notice I’ve said Wight and not White Walker, the difference being, a White Walker, are turned humans, or pure breed creatures from nearly a millennium in the past, where as Wights are the reanimated, mindless corpses of the dead, who will do the bidding of the White Walkers.

It would be a major series inconsistency, if he doesn’t come back at least as a Wight. We only have to look back at the earlier books and series to see that the dead, don’t stay dead very long, and if you remember, one tried to kill the Lord Commander Mormont in his quarters and was saved by Jon snow himself.

Now granted, there are inconsistencies in the series (the current one with Melisandre being the hot potato) but this has been one of the main tenants of Wall and beyond the wall life, you die, your mates burn the body or you turn.

To just ignore this just doesn’t seem to make sense.

As it is, they cant burn his body, they are currently locked in one of the towers, with, what looks like from the adverts and clips, the Nights watch trying to break in.

In my mind this is likely to end up with the wildlings coming to their rescue and, who knows, maybe even the Boltons jumping into the fray to get Sansa back. All the while this battle is raging Jon Snow is lying there…. 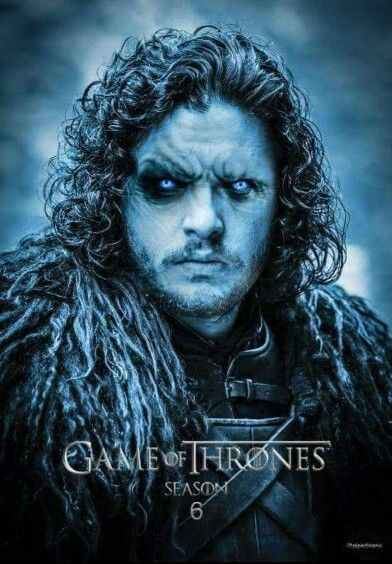 If he does turn then one of two things will happen; he will come back as a Wight and be turned and given life by Mellisandre, or just before he does turn, at their hour of need and to avert a massacre, Mellisandre will bring him back either in the realisation that he is the Azor Ahai or in a bid to bring order to Castle Black before the White walkers or the Boltons attack. 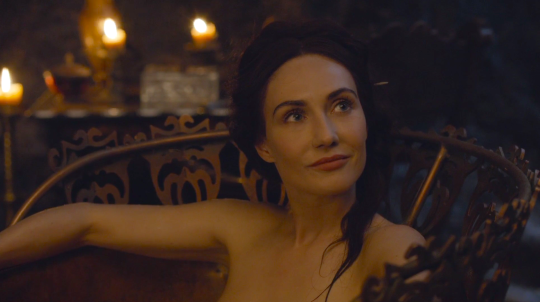 something is wrong with this picture….

Melisandre’s presence at Castle Black in both the book and the series seems to point at her being pivotal in Jon Snow’s story ark. (as mentioned previously)The question is what part will she play?

Well this really depends on if you look at the books or the series. In the books there are a lot of people being brought back from the dead, thanks to red priests (of which Melisandre is one) but as it is, in the series only one, Beric Dondarrion, has.

Either way it is too coincidental that she is at Castle Black, especially in the series where she leaves and then comes back… a tad convenient me thinks ma lady

We know she has powers, foresight and really isnt the sort of gal you’d want to wake up beside the next morning, but maybe she has misinterpreted what she has seen and maybe the Lord of Light, Azor Ahai, is closer than she thinks. Something in my mind she will realise, sooner rather than later. 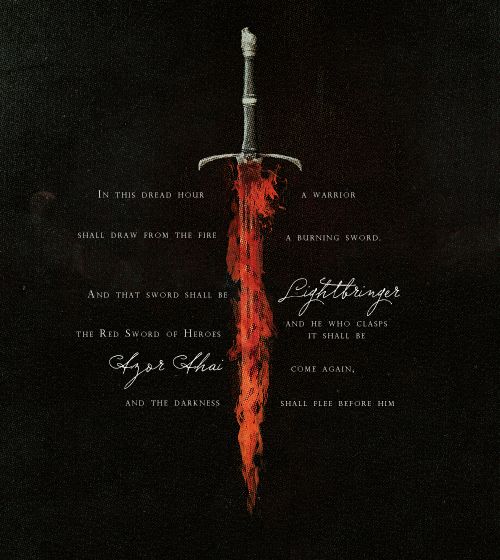 There is a lot of debate about this point and many people, if not the majority think its Danny who is Azor Ahai, after all the prophecy goes:

When the red star bleeds and the darkness gathers, Azor Ahai shall be born again amidst smoke and salt to wake dragons out of stone

She was born again of fire, amidst Smoke and she woke her dragons from stone…but I think this is too obvious, her story seems to be to pointed, too leaning and I don’t think that’s how G R R Martin writes. He likes curve balls, as I mentioned, so to have everyone believe it was someone else, only to mic drop Jon snow at the end of Season 6, in my mind is something Martin would do and something HBO could totally get behind.

SO! If we take that they might have different paths to this end point but will converge eventually, we can accept that, the Lord of Light is likely to be a part of this story and the ending is one of Martin’s choosing, then I think it has to be Jon Snow.

In the end, if we are to accept that John is the produce of Lyanna and Rhaegar he is, Ice and Fire, he is what the song is about and if that wasn’t enough, Melisandre states the following:

“I pray for a glimpse of Azor Ahai, and R’hllor shows me only Snow” 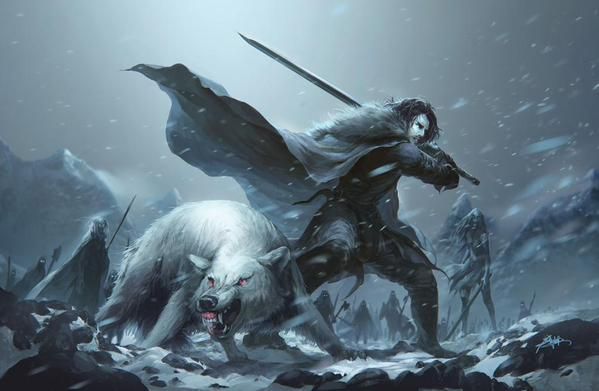 I’ll leave you to take what ever conclusion you want from this but I think it is pretty transparent and we wont have seen the last of the Lord commander…. THE LORD….OF LIGHT!

In the book, just after Jon has his Neck slit, he says ‘Ghost’ it is thought, and hinted at in the books, that Jon Snow, like Bran,is a Warg and could Warg into Ghost before he died. How he would get his body back, well, I guess thats what the red priests are for and Melisandre might not be around at the time but part of me feels with so many resurrections taking place in the book the likelihood of JS not getting the same treatment, is slim.

What do you think?

Got any other theories, ideas.. just think he’s totally dead? Then hit us up and let us know in the comments below.