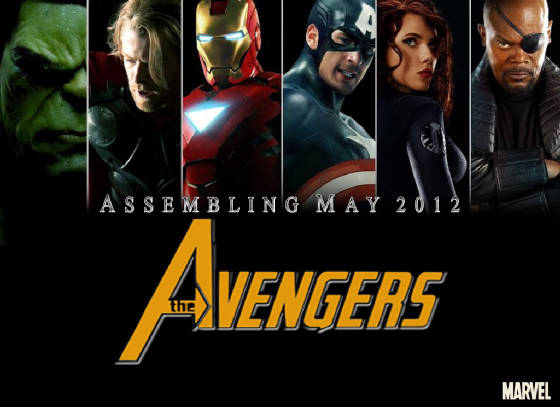 So is the Avengers as good as the box office suggest or is it all fan boy overhype?  Well as a major fan boy, this is definitely NOT an overhype.   Whedon could have added more heroes, with the likes of Wasp and Antman, and stuck to the old comic book adage “that a character never truly dies,” bringing back Red Skull to even up the odds or simply adding a number of other villains.  Yet he avoids this, to give the actors an opportunity to show you just what they and there characters can do.

What he has also done, is to give Marvel more of a reason to contemplate a Black Widow (Johannson) movie, whilst providing fans n bigger view of Hawkeye (Renner), who is rumoured to in the running for a movie of his own; if he is accepted well by audiences. Unfortunately the movies biggest surprise: Ruffalo’s portrayal of Banner/Hulk is not likely to see a solo movie as Marvel has stated that the Hulk has had his time and is not likely to be given another; however, given Ruffolo’s truly brilliant portrayal; can Marvel keep the big green monster from our screens forever?

With the above gushing about how great this film is, you may be surprised, why I only gave it a 9 and not the full 10? Well I have one issue, and it is the fact that there is too much humour at times.  It feels that they add a witty one liner in most scenes and be damned if they couldn’t let it slide.  However, for the most, the humour is genuinely funny and feels natural. I just personally felt it could have been reigned in at some points.

With the likes of Batman Rises and The Amazing Spider-Man due out this year, there is a lot of superhero choice but I would urge you all, that should you only be able to see one film this year, let it be The Avengers Assemble.