The long anticipated trailer for the live action adaptation of Disney’s classic Beauty and the Beast has landed and the internet lost it’s collective shit, including this king of geeks!

Never let it be said that I’m not a lover of Disney, in fact there’s nothing more I’d rather do than cuddle up with my honey and get lost in a good Disney film. Beauty and the Beast, has a special place in this hard stone heart of mine. To see the culminating work of Dan Stevens, Emma Watson, Ian Mckellen, Ewan Mcgregor, Luke Evens, Josh Gad and Emma Thompson in a breathtakingly brilliant 2 minute trailer had me squealing like some prepubescent teenager. It had me reaching for my Angela Lansbury single on cassette tape, yeah you heard me, cassette tape.

The trailer opens on a scene direct from the book (Belle’s father picking the castle’s white roses) previously not included in the animated movie, which is a fresh aspect on the classic. This scene also gives us our first brief glimpse of the Beast as he makes his thunderous entrance, well now, Belle’s dad is in the dungeon, so who comes into the castle to find out where her ‘papa’ has gotten to? You guessed it!

Belle wanders the castle in search of her father unbeknownst to her while she is looking around, things are looking back. “Look! A girl” “Yes I can see it’s a girl you fool”  “She could be the one!” arguing back and forth, Ian Mckellan’s ‘Cogsworth’ and Ewan McGregor’s ‘Lumiere’ make their appearance along with the final reveal in all his hairy horned glory, the Beast!

Belle swapping places with her father, she decides to remain in the castle. At first she’s his prisoner but gradually with the help of Mrs.Potts, Cogsworth, Lumiere and Chip, the Beast finds himself drawn to Belle. Could she break the curse that traps his human form inside the monster? Soon he sets her free from his dungeon and allows her freely to roam the castle grounds…except the west wing!

After a run in with some vicious wolves, Belle starts to see the Beast in a new light “There maybe something there that wasn’t there before”. Problem with this so called love story mixed with Stockholm syndrome is where’s the over the top bad guy who’s not only in love with Belle but he has an over infatuation with himself….you must mean Gaston! Now in the trailer we only get to see a few seconds with him and Lefou. I’m guessing with an ego as big as Gaston’s he might not be best pleased with that but we could also argue that the best bits are left for the film, I swear if Gaston’s Song isn’t included in this film we riot! 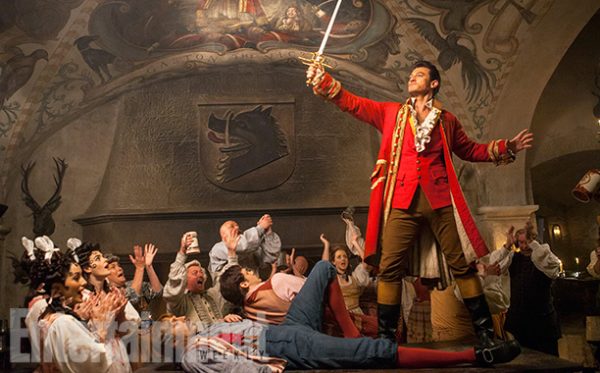 The one scene I got caught up in the most is the ballroom scene made famous by Angela Lansbury’s immortal Tale as Old as Time song. Belle’s flowing yellow gown and the Beast’s proud blue frock suit, the two are seen dancing around the main ballroom for a brief few seconds but in just that little amount of time you can appreciate the care that has gone into the detail of one of the most memorable scenes. 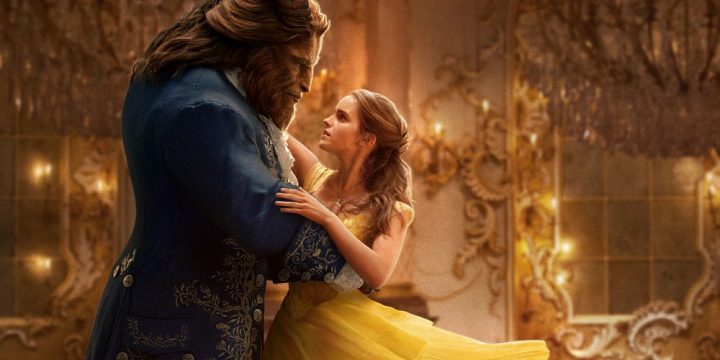 Beauty and the Beast is released on the 17th March 2017 here in the UK and you can bet your nelly that I will be attending the premiere with bells on. Watch the trailer below, oh and keep your eye on the rose in the glass dome…I think it has some significance to the film…can’t for the life of me remember why.

Journalist, PR, father all round King of Geeks. "Hail to the king!"
More Goodness
BeastBeauty and the BeastDisney