A new image from the upcoming ‘Arrow’ spinoff based around Barry Allen (The Flash) has emerged, and this time he means business.

This is the second image coming from Warner Bros. showing off Grant Gustin as The Flash, a costume designed by Oscar winning costume designer Colleen Atwood, inspired by The Flash comic books and tailored more specifically to fit the tone set by the Arrow series. While the previous and only other image of Gustin donning the suit shows only his mask this image gives us a bigger look at The Flash in all his glory appearing to be getting down to serious business.

The pilot directer/executive producer David Nutter had this to say “I hope the fans who treasure the character are as excited as we are by what costume designer Colleen Atwood has achieved with this latest version of The Flash’s iconic suit,”

So fans, what do you think? Is it true enough to the source material to keep fans happy? 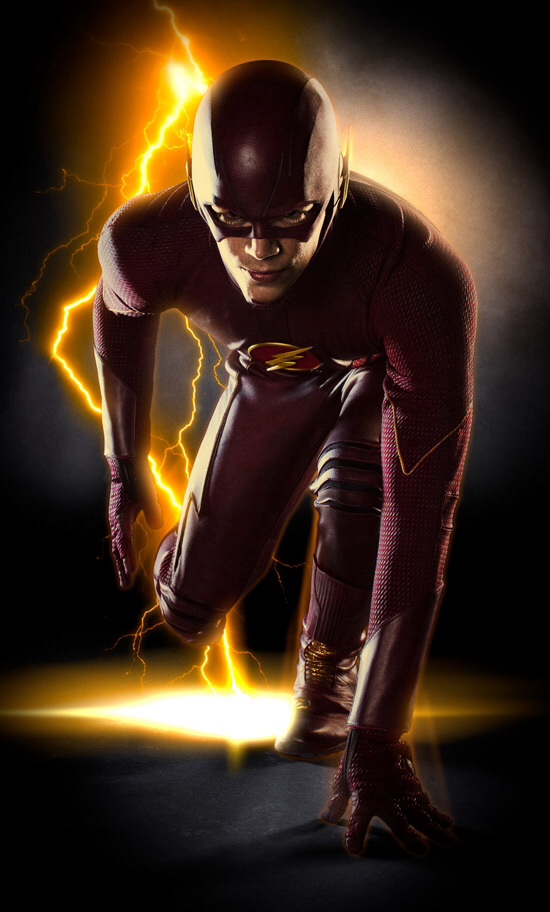 As well as Grant Gustin playing Barry Allen/Flash, Candice Patton is confirmed to play Iris West and Carlos Valdes will play Cisco Ramon, “a mechanical engineering genius and the youngest member of the team of scientists at STAR Labs” The pilot is written by Berlanti, Kriesberg and DC chief creative officer Geoff Johns, a former long-time writer of the Flash comics.

Writer, filmmaker, ninja turtle. You'll find me amongst the pizza boxes and whiskey bottles gaming on Xbox Live (CRUSTYJUBBLER) or binging on Netflix.