The acting is actually quite good and there was a cute dog skipping around merrily.

It spread itself too thin, failing to achieve exactly what it started off to do.

Wait for the DVD/Blu-ray

I recently got to watch Crimson Peak in theatre, then I needed a few days to recover. Not because I was so mind blown by its amazing storyline and its great visual effects, but because it had been so bad it almost veered into it’s good  territory. Almost.

Crimson Peak, marketed as a gothic romance, is more of a story belonging in paperback  form than on the big screen. It tries, it really does, and all my respect goes to the actors that actually do their best to work with a script that’s lacking, while pretending to be horrified by some of the worst special FX ghosts I’ve seen in recent years. Somehow despite its attempts, it never quite reaches its goals.

Crimson Peak is the tale of a young American woman, Edith Cushing (Mia Wasikovska), swept off her feet by the dashing baronet Thomas Sharpe. He’s played by Tom Hiddleston, so we’ll pretend her sudden drop in IQ is due to his baby blues batting at her for about a week. A budding author, she writes novels that, for that time period, seem strange, particularly coming from a woman. It’s the late 19th century, after all and she writes ghost stories. Still, she is independent, doesn’t particularly believe in marriage and wants to spend her time either writing or reading. Did I mention she sees ghosts? Cause she does. Her mother’s ghost in particular, who keeps giving her useless warnings without any context: Beware of Crimson Peak,  or a variation to that theme. 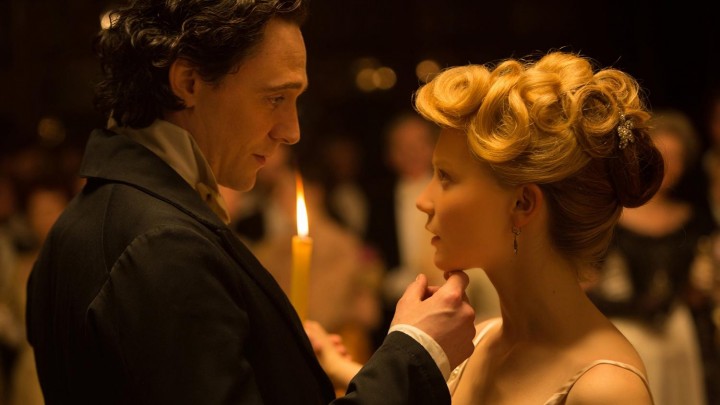 Now this lovely young lady, who’s admired from afar by Dr. Alan McMichael (Charlie Hunham) loses all of her features once Thomas Sharpe comes into the picture. A dreamer who wants to restore his house’s former glory, always accompanied by his older sister in his travels, Thomas gives her the puppy eyes and she melts into a puddle. Edith’s genre savy father (Jim Beaver) can spot a crook from a mile and actually investigates the dashing Prince Charming,  unfortunately he gets his head bashed in before he could ever tell his, now somewhat feeble minded, daughter the truth. Unfortunately the case is investigated by the worst police officers in America, who conclude that he somehow slipped and broke his face entirely against a sink. Much like how you’d stab yourself repeatedly in the stomach while shaving with a BIC.

Sad, depressed, young Edith marries Thomas and returns to his house of horrors, aptly named Crimson Peak, because the snow turns red during winter. Here she discovers the place is populated with ghosts. This house of horrors has a gaping chasm where the roof should be, with leaves seemingly falling from the sky, since the house is much taller than any vegetation around. However, brownie points for using the hole in the roof as a way of marking the passage of time. Leaves turn to snow soon and we are to understand she’d been there for a while.

The story moves rather slowly and for a movie that’s almost two hours long it can get boring. The use of jump scares is actually not  a point in the movie’s favour. It tries to build up a world of fear, not so much due to the ghosts, the spirits being secondary to the story, but due to the fact that Edith discovers the one person she’s given her life and trust to is a fraud, a liar and potentially a murderer. But that is ruined by the pacing and the fact that for the  most part the film contains so many cliches that it borders on parody.

Murdered wife screaming from beyond? Check. Murdered mother screaming from beyond? Check. Abusive parents? Check!! Did I mention there’s incest too and at some point Edith ends up pushed through a hand rail? I am sorry, but since this scene followed the one where she finds her husband in bed with his sister, I couldn’t help but see Bran Stark falling off a tower. Except Bran somehow had a better story to work with. And that’s saying something, given how little even he is given to do. 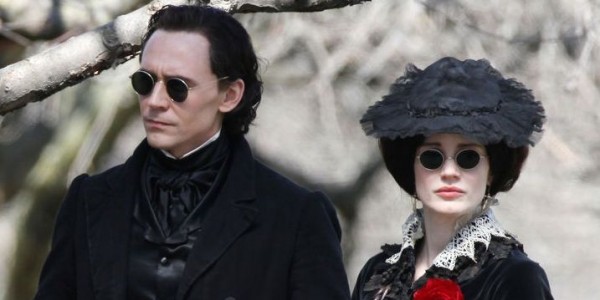 After one removes every single parasitic aspect of the movie, leaving it to the bare bones, it’s pretty straightforward. Thomas and his sister, Lucille, have been involved since he was 12, make that what you will, and in a fit of anger the lovely Lucille killed their mother with an axe when she tried to put a stop to it. Since then, they’ve been travelling the world, with him marrying young, impressionable women, taking their money and then slowly poisoning them – see where the ghosts come from? My question however is, how exactly, since he’d been married twice or three times before, to presumably rich women, did he not manage to fix that damn hole in the roof? Put a tarp on it or something?

Edith figures out their plan and manages to foil it, while running on what looks like a broken leg, from two seemingly demented siblings. But it’s okay, because Thomas is actually a good guy, in the end. He only stood on the sidelines, letting his sister do the dirty work, while he kept polishing his halo.  Where is that sarcasm font when one needs it? And his ghost, since Lucille stabs in the face, saves poor little Edith and poor Dr. McMichael who came to save the day and got stabbed for his efforts. It’s probably why his ghost looks much prettier than anybody else’s.

I suppose towards the end Edith does recapture some of her attributes, fighting for her life with all her might and renouncing the love she had for her creepy husband, but it takes so long for her to show any semblance of intelligence that it feels like a cheat. I mean, I am fairly sure that if I were in a bath tub and there was a creepy, clay covered, half-skeleton running towards me I’d high tail it out of there faster than the Road Runner. The idiot ball was passed around everyone in this movie, but she had the honour of holding it the longest.

Jessica Chastain was actually the one that was the most believable and while insane, her character was the biggest draw of the movie. Everything else seemed hilariously silly by comparison, but she, in a world populated by seemingly crazy ghosts, stood out as the real villain. I mean, she did kill her mother and poisoned her sisters-in-law with a bright smile on her lips, not to mention she initiated a relationship with her younger brother when he was still too impressionable to know better. This was where the movie seemed to be going all along, a proof that the living are worse than the dead and the sweetest angel faced person can be a truly despicable demon underneath it all.

After almost two hours of mostly nothing the final scenes were actually better, however it still falls into the too little too late category. The big showdown between Edith and Lucille was violent, to the point that someone actually ran out of the theatre. I suppose I might be a little desensitized, since I focused more on how the hell does she still have fingers?!  instead of being touched by the violence in any way. 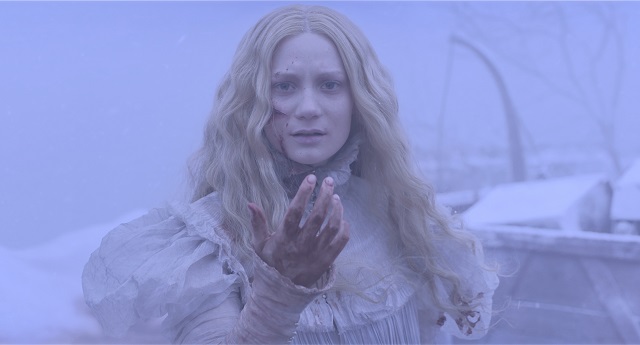 I suppose I might have been more impressed if the movie didn’t have a happy end. Maybe some narration at the end informing us that Edith died of consumption (did I mention the gaping hole in the roof?!) or McMichael died from his wounds, but alas, it was left open to interpretation. I’ll go with the classic, she went to America again, married the dashing doctor and lived happily ever after.

My advice? Go watch it if you’re a big fan of any of the actors, or if you want to see what the Pacific Rim actors and director do in their spare time. Apparently Crimson Peak. Otherwise? Stay at home, enjoy a nice cup of cocoa, have a biscuit, read a book. It’s a much better use of your time (Of course, if you’re only in it to see Tom Hiddleston’s butt, go right ahead. No, it’s not the movie’s saving grace.)

What's there to say about me? I love the sci-fi and fantasy genre when I read, but I am in no way limited to that alone. I do think Frank Herbert deserves a statue for his writing(if there is one, point me in that direction, please). I enjoy writing quite a lot, but I am also kinda lazy. If you want to make me happy give me books or Doctor Who collectibles. Or a real TARDIS, in which case I will love you forever.
More Goodness
Burn GormanCrimson Peakguillermo del toro