previous
Rob Zombie Crowdfunds Next Film, 31 - a Grindhouse Horror Featuring Clowns
random
next
Anyone for an All-Female Ghostbuster Reboot?
Film and TV
0 likes 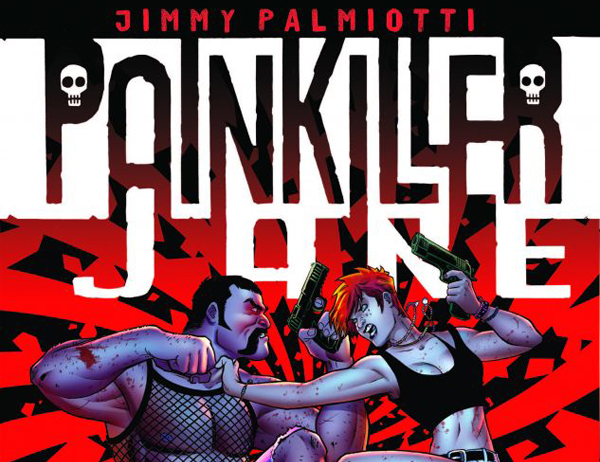 Whilst Marvel and DC basically ignore everyone and still refuse to make a film centred around one of their numerous popular female characters with DC getting all “well you’ve got Wonder Woman in the next Batman/Superman film what more do you want you damn it!” the Soska Sisters will be directing a Painkiller Jane movie. This means that despite Marvel Studios going from success to even bigger success, with their latest film Guardians of the Galaxy getting the biggest opening weekend for a non-sequel film of the year, Jen and Sylvia Soska – best known for their cult hit American Mary which blended dissecting the American dream with body horror – will be putting a comic book film centred on a female character on the big screen long before either Marvel Studios or DC/Warner unless something pretty major happens. Not only that but the film will be directed by two women and the character that will be the main star is a bisexual woman.

Painkiller Jane was created by Jimmy Palmiotti and Joe Quesada in 1995 originally for the pairs Event Comics before the character featured in numerous crossovers with various characters as well as having her own title published first by Dynamite and more recently Marvel.

The comic focussed on Jane Vasko , a cop, who, along with with her best friend and partner, goes undercover whilst investigating a drug ring. Jane is soon discovered and brutally tortured which has the unexpected effect of giving her regenerative healing abilities and an unnaturally high tolerance for pain. Upon discovering her new abilities Jane becomes a merciless vigilante.

Painkiller Jane has previously been adapted into a TV film starring Emmanuele Vaugier in the lead role and a series for SyFy which starred Kristanna Loken in the lead role.

Palmiotti and Stephen L’Heureux are set to produce.

Andy Haigh started writing to counteract the brain atrophying effects of Retail Hell, now it's an addiction. Andy is an unrepentant sequential art absorbist and comics are one of his passions. Other interests include Film, Music, Science Fiction and Horror novels and quality TV like Game of Thrones. He can talk about these at great length if only someone would listen. He lives a somewhat hermit like life in The Shire, spends too much time on social media and is still waiting to go on an adventure.
More Goodness
FilmJen SoskaJimmy Palmiotti