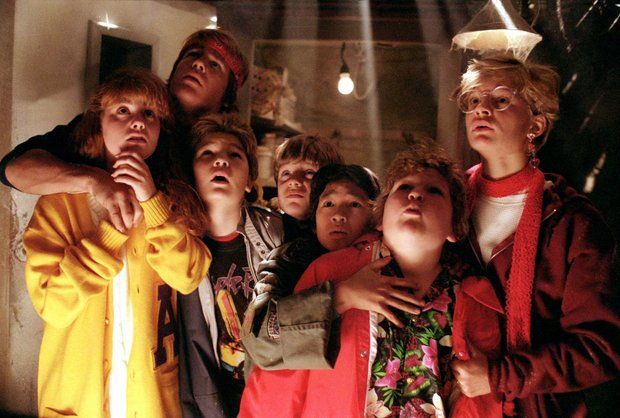 Richard Donner, original director of the 80’s classic, has confirmed that he is making a sequel. This news didn’t come by way of an official press announcement, but rather a comment Donner made whilst he was signing autographs in Beverley Hills. In the video Donner is being questioned by TMZ  about comic book movies and when asked “Are you going to make another comic book movie then?” Donner’s reply is “If you call Goonies a comic book…we’re doing a sequel.”  When pressed as to whether the original cast will  be involved he replies “Hopefully all of them,”

You can watch the video HERE

Good news for the original cast, Sean Astin, Corey Feldman, Martha Plimpton, Kerry Green, Joe Pantoliano, Jonathan Ke Quan and Josh Brolin. Though there is no information as to a plot or whether we will see the Truffle Shuffle again (have you seen Chunk these days, he looks far too lean to shuffle). Maybe the adventure will feature the children of the original cast getting embroiled in their own adventure, I’m purely speculating here and only time will tell, but we shall endeavour to keep you updated, in the meantime Goonies never say die!

You can watch the TMZ video HERE

Editor and occasional writer for Geek Pride! I prefer Star Trek over Star Wars, collect comics and wish I could be a superhero one day. I tabletop RPG as well as a little gaming, design the odd t-shirt now and again, update my Geek Parenting Tumblr and when I have cash to spend (which is rare) I scour the internet for Wonder Woman collectables. Also Doctor Who and Firefly rock!!