previous
Brandon Routh Cast as Ray Palmer aka The Atom for Arrow Season 3
random
next
A brief, but extended look at Marvel's Guardians of the Galaxy!
Film and TV
0 likes 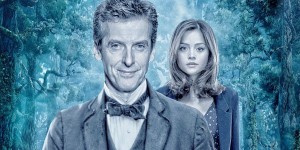 The first five episodes of Doctor Who’s eighth season have been leaked online and the BBC has issued a plea for everyone to not spoil it. The leak came from BBC’s Latin American headquarters in Miami, where the more than seventy minute long season premier episode was sent for advanced translation. Now these leaked transcripts can be found by anyone with basic internet searching skills.

The BBC has released a statement through RadioTimes, asking that fans not to ruin anything for non-spoiler-seeking fans:

BBC Worldwide is currently investigating a security issue around Doctor Who Series 8 where unfinished material has inadvertently been made public. We deeply regret this and apologise to all the show’s fans, the BBC and the cast and crew who have worked tirelessly making the series.

We would like to make a plea to anyone who might have any of this material and spoilers associated with it not to share it with a wider audience so that everyone can enjoy the show as it should be seen when it launches. We know only too well that Doctor Who are the best in the world and we thank them for their help with this and their continued loyalty.

It seems the episodes themselves were also leaked online, but were removed before they could be downloaded. As one of our Geek-Pride writers remarked, “I think someone just got fired.”