previous
Nathan Fillion confirmed to appear in Guardians of the Galaxy
random
next
The Age of Adaline...
Film and TV
0 likes 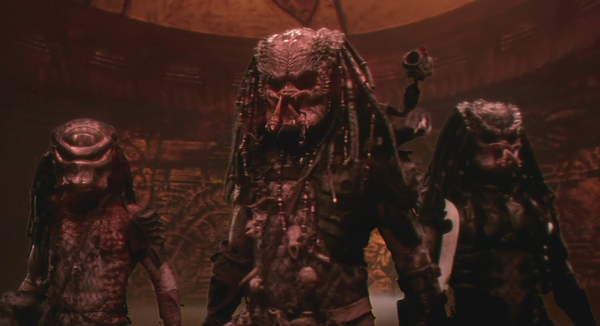 In news that will either provoke intrigue or contempt at a lack of new ideas it has emerged at Hollywood Reporter that Fox is set to reboot the Predator franchise.

The new as yet untitled film will be directed by Shane Black who will also be sharing writing duties with Fred Dekker, reforming the pair that wrote 80’s cult classic Monster Squad together. Black has several action oriented films to his name including Lethal Weapon, Last Action Hero, The Long Kiss Goodnight, Kiss Kiss Bang Bang and the recent divisive Iron Man 3.

Whether or not the new film will be a continuation of or acknowledge Nimrod Vital’s Predators, which received a mixed response, is unclear although the term reboot suggests this will ignore Vital’s film. This leaves the question of where the franchise will go next after seeing the iconic hunter in the South American jungle in John McTiernan’s classic film and the concrete jungle of L.A in Stephen Hopkins sequel.

The upcoming film will be the fourth or sixth film to feature the iconic alien hunter depending on whether you count the Alien VS Predator films. Keep posted for more news from Geek Pride on the upcoming film when further detail are announced.

Andy Haigh started writing to counteract the brain atrophying effects of Retail Hell, now it's an addiction. Andy is an unrepentant sequential art absorbist and comics are one of his passions. Other interests include Film, Music, Science Fiction and Horror novels and quality TV like Game of Thrones. He can talk about these at great length if only someone would listen. He lives a somewhat hermit like life in The Shire, spends too much time on social media and is still waiting to go on an adventure.
More Goodness
breakingFOXPredator