Seems like scees were cut due to the run time.

If your a fan of Toho and Legendarys Monsterverse this is the film for you, Godzilla VS Kong delivers exactly what it sets out to do. 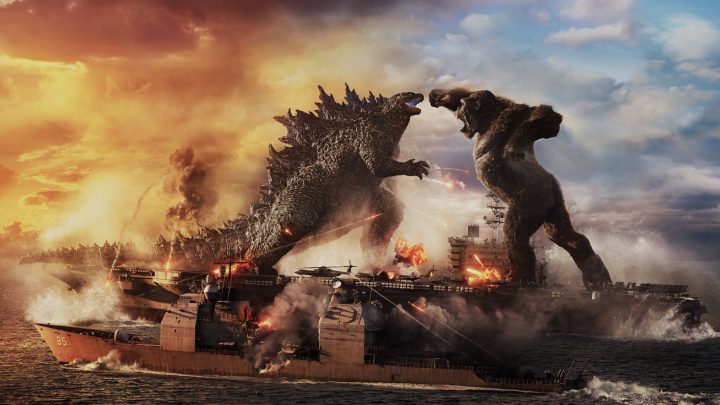 So I’ve decided to make this a spoiler free review, crazy I know, but why? Well, if you’re a monster movie fan or a Toho fan, then you should go and see this. With everything that’s been thrown at the cinematic experience these last couple of years, thanks to the beer plague (corona, get it), the ideas of a blockbuster release has been downgraded to, if you’re lucky, a 25” screen, instead of the now fabled “Silver Screen” or “IMAX” Experience.

Godzilla vs. Kong is a blockbuster film.  Is it The Godfather of films as some reviewers have expected it to be? Far from it. However, it is a fun monster mash smackdown of a kaiju film, which deserves to be seen in the cinema for the blockbuster it is.

Godzilla vs. Kong has exceeded expectations at the international box office, generating the biggest debut since the pandemic began. Just to put it out there as of now, that’s $123.1M from 38 markets.  The top markets are China with $69.2m, Mexico with $6.5m, Australia with $6.3m, Russia with $5.9m, Taiwan with $5.3m and India with $4.9m. The titans are ruling!

Godzilla VS Kong has dominated the box office, even before its release in U.S. theatre’s and on HBO Max this week and on UK streaming Amazon Prime tomorrow. The film is currently rated 81% fresh score on Rotten Tomatoes after 85 reviews, with an average rating of 6.4 out of 10. The site’s reviews stand with, “Delivering squarely on its title, Godzilla vs. Kong swats away character development and human drama to deliver all the spectacle you’d expect from giant monsters slugging it out.” And to be honest, that’s a fair consensus.

Directed by Adam Wingard (of Netflix Death Note fame) and written by Eric Pearson and Max Borenstein, Godzilla vs. Kong stars Alexander Skarsgard, Millie Bobby Brown, Rebecca Hall and Brian Tyree Henry. The story in itself is incredibly simple, with the journey finish sometimes feeling rushed, but ultimately arrives at where it needs to, without too many unaswered questions questions. 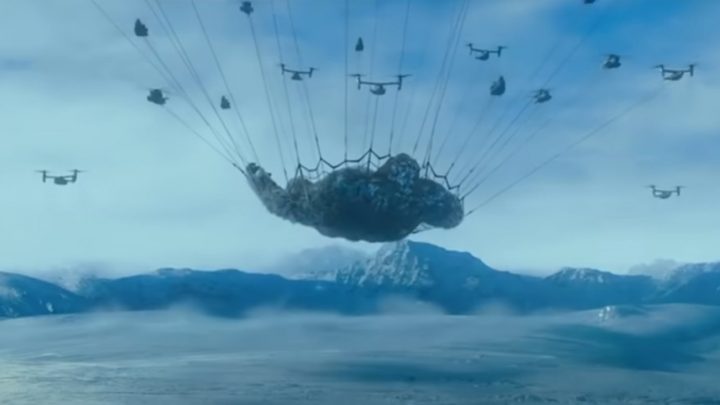 Kong and his protectors undertake a perilous journey to find his true home. Along for the ride is Jia played by Kaylee Hottle, an orphaned girl who seemingly has a powerful bond with the god of Skull Island. However, they soon find themselves in the path of Godzilla, who’s been acting a bit off, as he carves a path of destruction across the globe. The initial confrontation between the two titans is only the beginning of the mystery that lies deep within the core of the planet and the unknown presence of Apex Cybernetics.

Toho Easter eggs are plentiful, a Kaiju Wrestlemania of sorts takes place, humans talk and generally scatter about the place panicking while trying to solve the mysteries of the hollow earth.  All the while a mechanized bigger bad is being powered up to cause trouble for our two favourite titans. The main question everyone seems to be asking is “Will there be a clear victor?” Yes! But, go see the film!

As a fan of the genre, and Toho in general, I can see why Legendary wanted this film to be shown in the cinemas.  To go from Godzilla, Kong: Skull Island, Godzilla: King of the Monsters, to Godzilla Vs Kong, the Monsterverse is a locomotive and the train hasn’t stopped.

The Music alone in these types of films always sets the stage and Tom Holkenborg has done fantastic work in evoking wonder, action, suspense and sometimes terror to this film with a breathtaking score. There were moment where I thought Daft Punk had been brought in to help, as it had a synth feel, especially with the fight in Hong Kong’s neon glow.

Godzilla vs Kong is a monster mash rollercoaster delivering exactly what it says on the tin.  You’ll start the film with a “Let’s get it on,” and before the final confrontation you’ll be screaming “Let’s get ready to rumble!” I cannot wait to see what Legendary has in store for the King of the Monsters and the God of Skull Island. 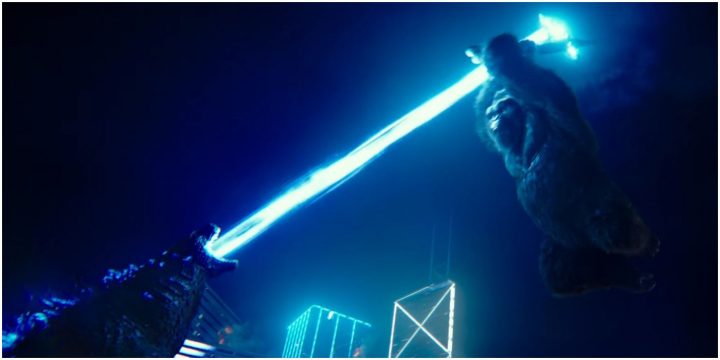 Until next time! This is your resident King of geeks reminding you to stay safe and Be Excellent to each other!

Journalist, PR, father all round King of Geeks. "Hail to the king!"
More Goodness
alexander skarsgardgodzillaKaiju