previous
Ortega and Mesch's The Other Dead coming to Animal Planet 2016
random
next
Dracula Untold...
Film and TV
0 likes

Currently the highest grossing film this year and the top earning franchise starter for Disney/Marvel, Guardians of the Galaxy has become the hit film nobody knew they wanted and propelled relatively obscure characters into the lime light. WE ARE GROOT. To ensure the love for this unlikely band of heroes continues, during NYCC, Marvel have announced a Guardians of the Galaxy Animated series is coming to Disney XD in 2015.  They even gave us a taste of what’s to come with this test footage:

Marvel have issued a full press release with the details of the production and describes the show as follows:

Produced by Marvel Television, the series stars Peter Quill as Star-Lord, the brash adventurer who, to save the universe from its greatest threats, joins forces with a quartet of disparate misfits — fan-favorite Rocket Raccoon, a tree-like humanoid named Groot, the enigmatic, expert fighter Gamora and the rough edged warrior Drax the Destroyer. 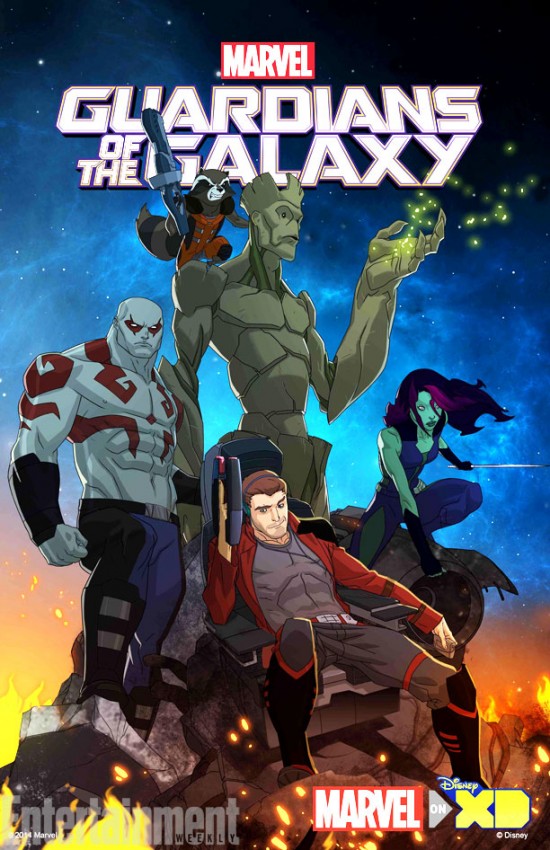 Although it has not been confirmed as to whether the movies stars will voice the characters, in an interview with NY Times Stephen Wacker – Marvel’s vice president for current animation – reassured fans that they will endeavour to retain the films off beat sense of humour and confirmed the shows plot will continue on from the movie, including appearances from that purpled skinned villain Thanos.

Editor and occasional writer for Geek Pride! I prefer Star Trek over Star Wars, collect comics and wish I could be a superhero one day. I tabletop RPG as well as a little gaming, design the odd t-shirt now and again, update my Geek Parenting Tumblr and when I have cash to spend (which is rare) I scour the internet for Wonder Woman collectables. Also Doctor Who and Firefly rock!!
More Goodness
animationDraxGroot