Well acted, makes perfect use of its ten minute runtime.

Definitely worth a watch.

A little while back we featured an interview with Russ Russo and Kiowa Gordon, both involved in the making of the short film Heat Wave. Released in January, after a big fundraising campaign, it promised to be a commentary on the slowly decaying morals of our society, all done with a nice Twilight Zonesque twist. 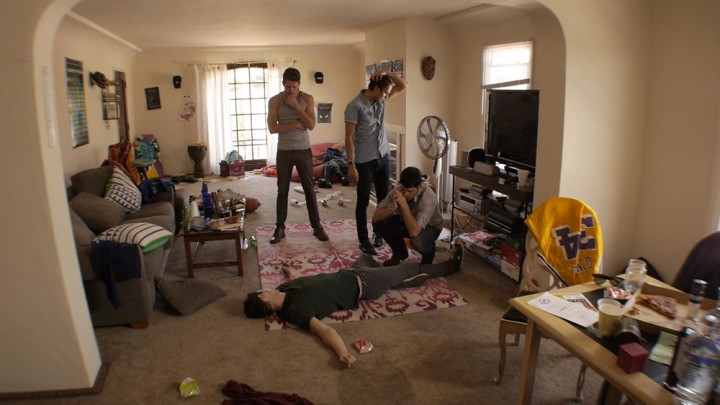 I had the pleasure of watching the movie (available here) and I can say this one thing: for it only being ten minutes long (or short, depending on your perspective) it delivers more than some feature length films blessed with bigger budgets and better known actors.

The short starts with four people in a small room, surrounded by the remnants of what looks like it had been an “awesome” party, and everything goes downhill for three of them fast. I mentioned before it’s only ten minutes long, but in those ten minutes the viewer gets to experience everything the characters go through, thanks to the great acting of everyone involved. I was particularly impressed with Russ Russo, who conveyed a lot through his expressions alone, no words necessary.

With one of them lying dead in the middle of the room and them running around in circles during a heat wave, the movie still managed to provide  a (possibly unintentional) bit of comedy, when everyone and their mother seemed to feel the need to visit, knocking on the door every five seconds. At some point I even considered this as a potential way of offering the characters an out, a way of making the right choice, one they failed to see and take. 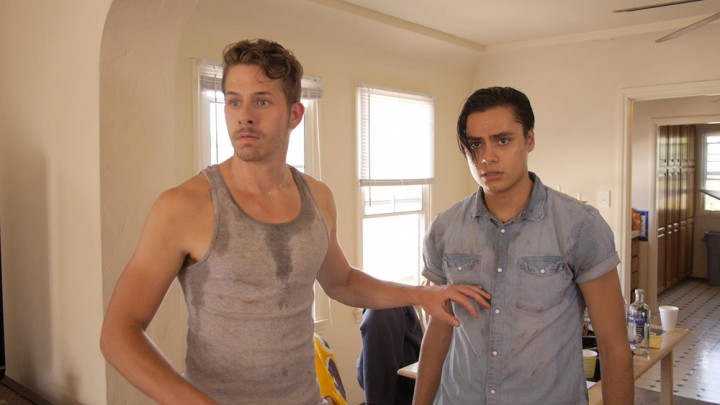 Short movies do have a tendency to run deeper than their longer counterparts, if only because generally they are a labour of love, not a way of making money fast. This one is definitely worth a watch, given the fact that it shows just how much people invested in it and no, I don’t mean money wise. While watching it for the first time I didn’t look at it as some sort of social commentary on the way our world is slowly falling apart because we fail to see what’s important, focusing on all the wrong things. On my second viewing (and yes, it’s definitely worth a re-watch) I figured out what the authors were trying to show their audiences.

Following the interactions of the characters, it becomes obvious just how self-centred they are for the most part, ignoring the obvious reaction one would have when faced with the same situation and going straight for the I must save my skin! option. There are no heroes, nor are there villains in this short and while some characters might come off as more sympathetic than others, ultimately none of them are truly “good guys”. Poor Alec needed better friends.

The twist at the end was a nice touch, though it also left me vaguely frustrated, in the way that only “it was all just a dream” sequences can. Still, it kept up with the promise of some Twilight Zone flavour and it even provided with the potential for a second chance for the characters that up until then seemed to have squandered every opportunity at one they’d been offered.

All in all it’s an enjoyable film that I think will not disappoint its viewers and its backers, given that it was a kickstarter campaign that set the wheels in motion for it to happen. If you’ve seen it or want to see it, tell us how you liked it or why you want to watch it.

What's there to say about me? I love the sci-fi and fantasy genre when I read, but I am in no way limited to that alone. I do think Frank Herbert deserves a statue for his writing(if there is one, point me in that direction, please). I enjoy writing quite a lot, but I am also kinda lazy. If you want to make me happy give me books or Doctor Who collectibles. Or a real TARDIS, in which case I will love you forever.
More Goodness
heat wavekickstarterkiowa gordon