previous
"It Hurts Every Time" in the new trailer for LOGAN.
random
next
Wonder Woman Goes to War in Brand New Trailer
Film and TV
0 likes

*Distant faint tolling of a bell*

A reminder that there's plenty of bad TV series still being made. 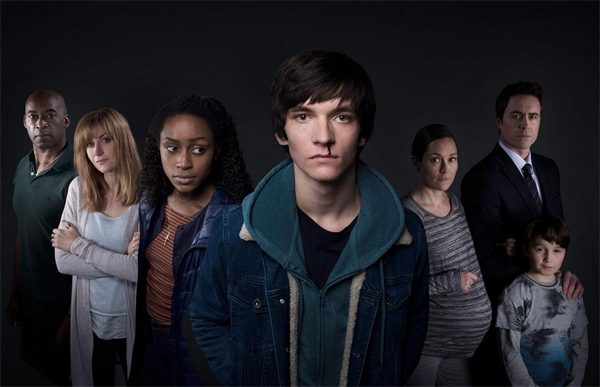 Occasionally something besides a Police or Period drama appears on British TV, a bit like it was somehow smuggled in on the sly when the suits were distracted by tea and biscuits, Being Human and Misfits are two great examples of weird British TV dramas, HIM the new supernatural drama on the other hand is not.

HIM is about a teenage boy (Fionn Whitehead) with divorced parents Hannah (Katherine Kelly) and Edward (James Murray) who are both in new relationships. Beth (Lucy Liemann) is his stepmother whilst Victor (Patrick Robinson) is his step father, whilst Faith Victor’s teenage daughter (Simona Dawson) is his stepsister.  He feels like he doesn’t belong in either family. Whilst struggling with his relationships with his parents and their new partners he is developing a strange new ability.

Writer Paula Milne has said that Stephen King’s Carrie is an influence on the three part drama. Whilst there’s definitely potential in a gender flipped Carrieesque story unfortunately HIM fails in spectacular fashion. For a start it suffers from some genuinely terrible dialogue like “If your life was a cake, only one slice got changed.” but really that’s just one of myriad problems. The major one being at no point are you given any reason to care about anything that’s actually happening. The characters are cyphers at best and the whole sullen teenage boy fights with parental figures he doesn’t get along with gets pretty old fast. Just like Stranger Things (which it shouldn’t need saying is profoundly better in every way) HIM utilises nosebleeds for dramatic effect to indicate the use of telekinetic powers, only it becomes unintentionally amusing as the score ratchets up to try and generate some tension despite having nothing to build from.

More than anything I was struck by how utterly and completely bland HIM is, so bland it’s completely forgettable. This is an anti-watercooler TV series, you won’t be talking about it because you won’t really remember anything about it. There’s no real spectacle, no interesting character dynamics , no interesting themes being explored and no sense of tension or atmosphere.

Right now there’s more quality TV series being made than ever before but HIM is a reminder that there’s plenty of dross still being made too.