I don’t know about you, but the trailer for this new movie actually made me excited. It’s being produced by the same team that did Underworld and while not all of their instalments were worthy of the hype, it can’t be denied the first was quite brilliantly done. One can only hope that they will repeat their performance. 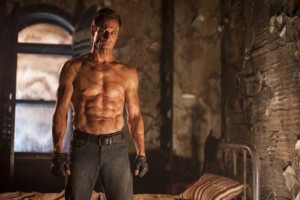 It seems like having a new take on an old story is all the rage these days and Mary Shelley’s Frankenstein is no exception. With Aaron Eckhart as the monster (I did have a bit of a Hey, Harvey Dent! moment, I admit it) the movie – based on that alone – looks quite appealing. The man can act, that’s undeniable. Bill Nighy, Yvonne Strahovski, Miranda Otto and many others complete the cast of the movie that promises an epic battle between more monsters like Victor Frankenstein’s creation, gargoyles and demons. The movie is based on the graphic novel with the same name by Kevin Grevioux and it’s set to open in theatres next week, on January the 29th.

What's there to say about me? I love the sci-fi and fantasy genre when I read, but I am in no way limited to that alone. I do think Frank Herbert deserves a statue for his writing(if there is one, point me in that direction, please). I enjoy writing quite a lot, but I am also kinda lazy. If you want to make me happy give me books or Doctor Who collectibles. Or a real TARDIS, in which case I will love you forever.
More Goodness
Bill Nighybreakingspotlight