previous
300: Rise of an Empire
random
next
David S Goyer Talks About the Upcoming 'Constantine' Pilot
Film and TV
0 likes 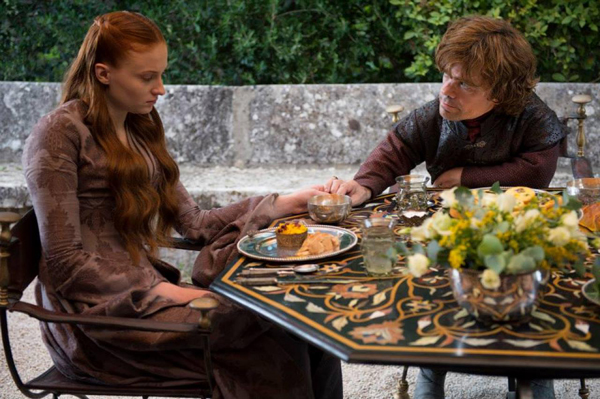 With the air date creeping ever nearer the latest trailer for the upcoming 4th season of HBO’s smash hit award winning Game Of Thrones, based on George R R Martin’s ‘A Song of Ice and Fire’ books, has just arrived.

The new trailer named “Secrets” starts off with Sansa Stark (Sophie Turner) the eldest of the Stark daughters talking to Tyrion Lannister (Peter Dinklage) in King’s Landing, about the suffering she has undergone before then showing the various characters and their current position in the vast story. All the hallmarks of the series play out with political power-plays, manipulation, backstabbing and underhanded deviousness; along with the as ever impressive battle sequences and epic scale of the world . Another hallmark though is the always quotable dialogue whether it’s Kit Harrington’s Jon Snow – “All that time I was gone, the world’s fallen apart” or Aiden Gillen’s Lord Baelish aka Littlefinger – “Always keep your foes confused, if they don’t know who you are, or what you want, they can’t know what you plan to do next” or Stephen Dillane’s Stannis Baratheon – “I will not become a page in someone else’s history book”.

Andy Haigh started writing to counteract the brain atrophying effects of Retail Hell, now it's an addiction. Andy is an unrepentant sequential art absorbist and comics are one of his passions. Other interests include Film, Music, Science Fiction and Horror novels and quality TV like Game of Thrones. He can talk about these at great length if only someone would listen. He lives a somewhat hermit like life in The Shire, spends too much time on social media and is still waiting to go on an adventure.
More Goodness
A Song Of Ice and FirebreakingGame of thrones