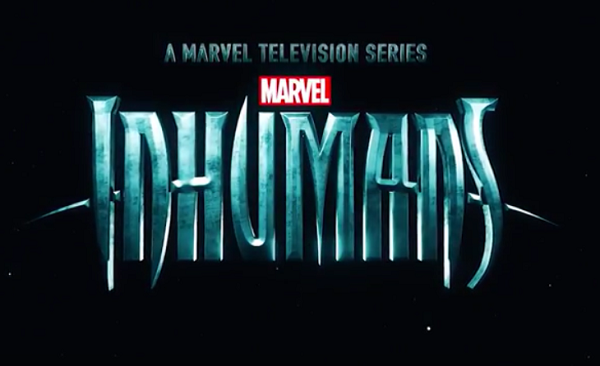 The second trailer for Marvel’s Inhumans is here and it’s really not doing a good job of selling itself.

The upcoming Inhumans series debut trailer didn’t exactly win potential fans over. The characters were wearing seemingly cheap and bland looking costumes, they were walking along corridors in a bland and cheap looking set. Worse though was Serinda Swan’s Medusa, Queen of the Inhumans, a diplomat well versed in affairs of the state, interpreter for her husband Black Bolt, the King of the Inhumans, and a pretty handy warrior and all around badass not only didn’t even speak but also her hair was as immobile as the average rock. Her hair was also being played a wig that looked like it had been bought at the last minute from a nearby Party Town before the camera rolled.

Pretty much the only impressive thing was seeing Lockjaw, the huge teleporting canine guardian of Anson Mount’s Black Bolt who is being used to sell the show more than anything else it seems.

To say it was underwhelming is an understatement, especially considering it’s being hyped as an ‘IMAX event’ but hey it was only the first trailer, maybe the new one will be better and really sell the idea of Inhumans living in the city state of Attilan on the Moon. A royal family that has strange powers and abilities, a bit like The Tudors but with powers, sounds like it could be really good. There’s so much potential for an Inhumans series, having a main character, Black Bolt, who is incredibly powerful but can’t actually speak because of that power and is reliant on his wife Medusa to communicate with others is a really interesting idea.

The second trailer doesn’t fare much better, although that’s an on point use of Rag’n’Bone Man’s ‘Human’. Medusa actually speaks and her hair actually moves but the visual effects used to depict this seem to have come through a time warp from 10 or 15 years ago. Iwan Rheon as Maximus seems to be as treacherous as you would expect a character played by Iwan Rheon to be. There’s still a sense that Attilan is a set from Jon Pertwee era Doctor Who. What’s really noticeable is Inhumans seems to be really struggling with contrasting a tone of almost po-faced seriousness, its obvious budget limitations and a giant teleporting dog. Inhumans on this evidence isn’t campy fun hi-jinks with powers like DC’s Legends of Tomorrow but it’s hard to take it seriously as anything else. There are numerous TV shows based on comics now, and visual effects can achieve some amazing stuff (go see War for the Planet of the Apes) but having a cast that is made up primarily of characters that have powers is problematic for TV. Depicting powers properly needs two major things, time and money, and those are two things Marvel’s Inhumans seems to have been lacking from the evidence at hand.

Andy Haigh started writing to counteract the brain atrophying effects of Retail Hell, now it's an addiction. Andy is an unrepentant sequential art absorbist and comics are one of his passions. Other interests include Film, Music, Science Fiction and Horror novels and quality TV like Game of Thrones. He can talk about these at great length if only someone would listen. He lives a somewhat hermit like life in The Shire, spends too much time on social media and is still waiting to go on an adventure.
More Goodness
Inhumansnews