MCM kicked off the convention season in style with their Birmingham Comic Con. If this is what the rest of the year has in store, then I cannot wait.

MCM Birmingham Comic Con (AKA BCC) is one of the biggest, if not the biggest, conventions in the midlands, and it is easy to see why.  Hosted in the colossal Birmingham NEC, BCC manages to take over at least two of the hanger-sizedhalls.  However, the convention is not just confined to the halls, as the event naturally spills out into the surrounding galleries.  Likewise, the various restaurants and coffee-bars will often be seen filled with hordes of sci-fi fans and cosplayers.

MCM puts this extended floor-space to good use, ensuring that the event-space never feels crow ded or claustrophobic, despite the tens of thousands of visitors that flock through the doors.  The Comics Village was placed in the very 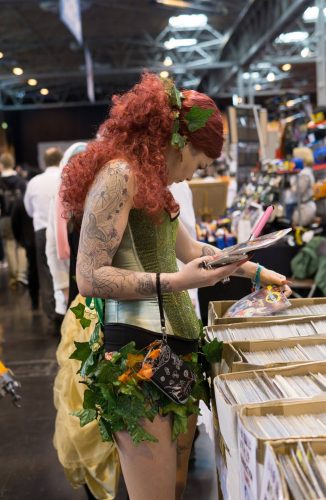 centre of the convention, and whilst the dedicated space for the comics creators could have been larger, it was gratifying to see it being placed at the heart of the event.

Amongst the comic creators were Anastasia Catris’s stunning fifties-pin-up/gothic Cirque Du Mort and Lyndon White with his gorgeous artwork bringing Bram Stoker’s Dracula to life in a concertina book.  Illustrator Nomi Rana was in attendance displaying just a small selection of his vibrant artwork,

BCC had a definite retro vibe this time with Paul Michael Glaser, David Soul and Antonio Fargas of Starsky and Hutch headlining the event.  For the Doctor Who fans, there was the rare opportunity to meet Billie Piper (Rose Tyler, as well as Brona Croft in Penny Dreadful), as well as Greg Austin and Fady Elsayed from Class.  Each of the guests took the time to meet fans and answer their questions throughout the day.

Alongside these guests were the UK 501st Garrison costuming group.  A convention is all well and good, but having platoons of storm troopers patrolling the event for “rebel scum” brings an unforgettable frisson to the event.

March’s BCC felt more regimented that previous events, with similar traders and creators near each other.  Hence, there was the “steampunk emporium” that housed the various steampunk-themed creators and traders.  Alongside the hordes of traders that can be found at these conventions, BCC also has numerous creators hidden amongst them, such as Dragon Hoard.

Joining the car from Starsky and Hutch were several classic vehicles of sci-fi, such as the Gotham City PD police car, the Racoon City PD police car and an Optimus Prime Freightliner.  What was especially impressive was KITT from Knight Rider, including the flashing red-light on the front.

If there was to be a complaint leveled at BCC, then it would have to be amount of queuing that attendees can experience.  Whether it was waiting for entry, signings or photos with the guests, you can expect to queue.  There was even a queue to park at the NEC (which – literally – stretched for miles).  Perhaps the event was a victim of its own success. 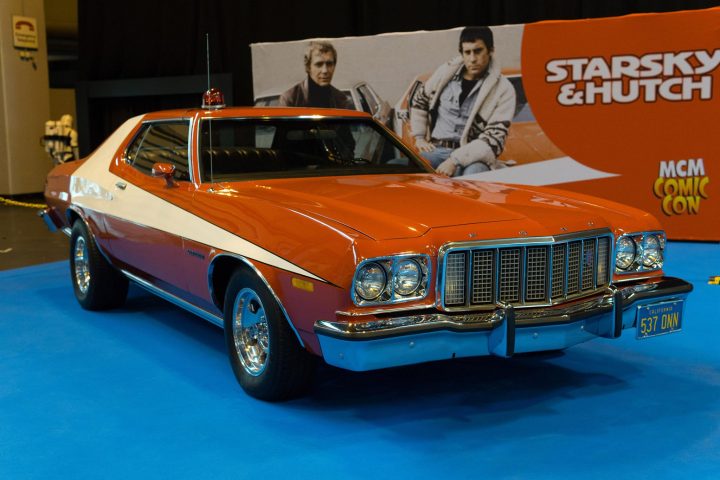 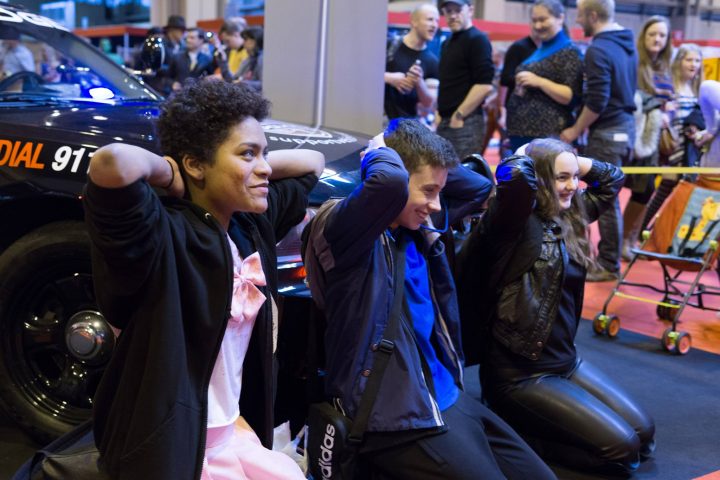 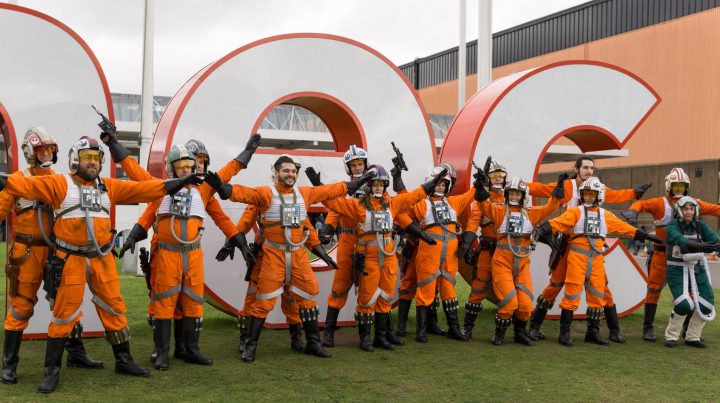 The cosplayers that could be found at BCC continued to amaze and impress, whether it was the screen-accurate costumes or an inventive reimaginings.  The cosplayers brought an element of the fantastic to the event and undoubtedly contributed to the atmosphere.

It is the unique atmosphere of BCC – one that comes from being a melting-pot of enthusiastic geekery – that makes it such an exceptional event.  Many have tried but few have succeeded in mirroring what MCM have achieved in creating such camaraderie of shared enjoyment as Birmingham Comic Con.

All photos by Peter Gatehouse and are used with permission.

Science Fiction: the final frontier. These are the articles of the freelance journalist Peter Ray Allison. His continuing mission: to explore strange new realms of fiction, to seek out new genres and new visions of the future, to boldly geek where no one has geeked before.
More Goodness
Billie Piperbirminghambirmingham comic con