Jay Ward (based on the series produced by), Craig Wright (screenplay)

A fun, and smart romp through the space-time continuum, and a great revival of some nearly 55 year-old characters.

Everyone’s had the “If I could go back in time I’d…” conversation at some point… but I’ll bet one of the things on your time travel bucket list wasn’t to ride the Trojan horse like a rollercoaster through Troy while it’s being ransacked.

Mr. Peabody and Sherman is the latest offering from Dreamworks Animation, giving the familiar characters from the 1960’s Rocky & Bullwinkle Show a digital facelift with a rather entertaining adventure tale of life, love and historical faux pas.

Living in the UK, I didn’t get exposed to Rocky & Bullwinkle (I was more of a Thundercats & Transformers kinda kid), so I had no idea who our time travelling protagonists were… still I trundled along to the movies with my other half and our 7 year old. I also must advise I had to watch this in 3D, much to my irritation (I have a long-running hatred of 3D, primarily because it really hurts my head).

Despite sitting there, with 3D glasses on top of my glasses (yes, really) I quite enjoyed Peabody & Sherman’s antics through ancient Egypt, and their other pitstops throughout some of history’s significant moments.

The general premise of the movie is a simple(ish) one. Mr. Peabody (Ty Burrell – Dawn of the Dead, Modern Family) adopted Sherman (Max Charles – Family Guy and The Amazing Spider-Man) when he was a baby, and proceeded to teach him his vast collected knowledge – history in particular, using his invention the “Wayback” (a time machine of course). When Sherman gets in a fight in school, he’s forced to have a playdate/dinner with his would-be bully Penny (Ariel Winter – Modern Family), and when she finds out about the Wayback, the fun ensues. 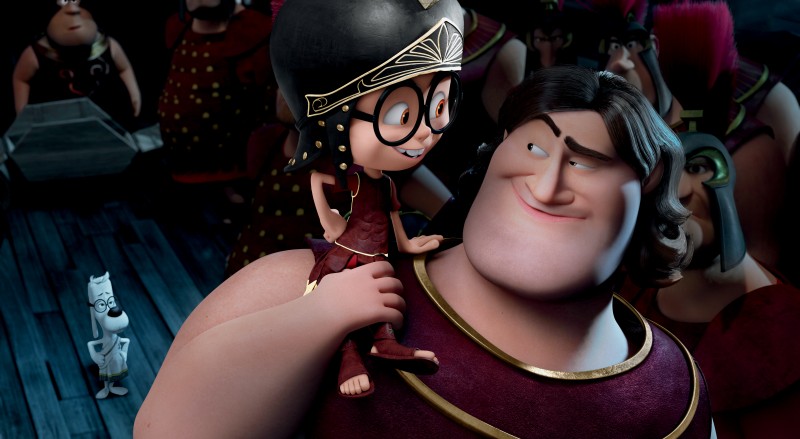 Agamemnon cuts the cheese, and waits for Sherman to take a whiff…

Now of course, this is a kid’s movie… so don’t be expecting a lot of historical accuracy. There’s been a lot of artistic license taken with the facts… but it doesn’t matter. I’m not going to spoil anything, but the developments that unfold are quite amusing… especially towards the final act of the movie when things start going a little pear-shaped.

The visuals are everything you’d expect from a studio like Dreamworks – silky smooth animation, great character design and the 3D parts of the film aren’t bad. The parts made for 3D are (as always) fairly obvious, but it’s not poorly done post-production 3D at least. Is it worth seeing in 3D though? No. I know I’m a little biased, but if you lose something when you see a film in 2D, then you’re watching the wrong movies. Save your cash, and get some ice cream while you watch instead. 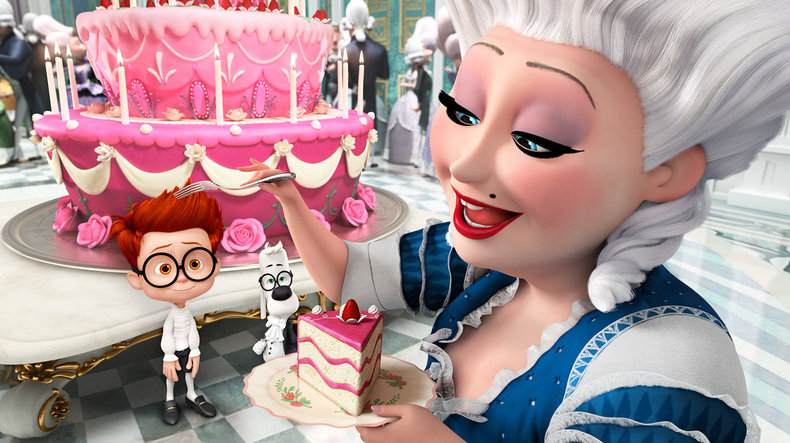 All the voice acting is really well done, with Burrell’s turn as Peabody being particularly good. Young Max Charles does a good turn as Sherman too, with another Modern Family alum joining in the form of Ariel Winter tagging along as the initially nasty piece of work Penny. As well as our main protagonists here, there’s also some notable cameos from such movie veterans as Mel Brooks, Family Guy’s Patrick Warburton and Stanley Tucci making appearances, though Warburton is a little typecast in his Kronk-esque role again.

The music in the film is… adequate. There’s nothing that really stands out about it, but it does the job in terms of setting the scene. There are a few moments when the music could’ve been used to better effect – like when the inevitable major sad moment happens, there seems to be an absence of drama or impact of the gravity of what just happened. With some well-placed heartstring-plucking music at that point, it could’ve inspired tears. 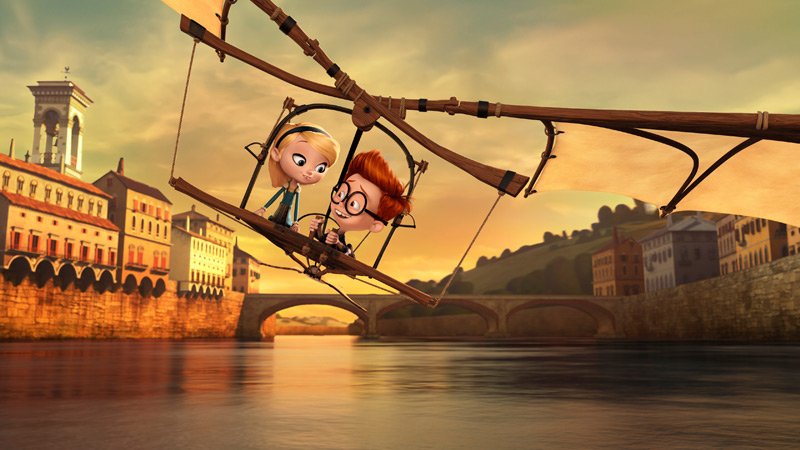 This brings me on to one of the few things I disliked about the movie. There wasn’t much attachment created to the characters, aside from Sherman. The initial bullying scene at school took me back to my own childhood, so struck a chord with me a bit… but aside from that I couldn’t really give a crap about what happened to most of the other characters.

What the movie does really well is use the time travel mechanic to bamboozle the audience slightly (sorry… I just really wanted to use the word bamboozle) towards the end. One of the other things I really liked was that Peabody uses his intellect a lot like Cumberbatch’s Sherlock in how he works things out, with the on-screen overlay of his mind working. I’m a sucker for intelligent characters though if I’m honest, and I like that children’s movies aren’t afraid of making intelligence cool – It’s the same reason I really liked Meet The Robinsons (if you’ve not seen it, you really should – it’s brilliant).

All-in-all I quite enjoyed Mr. Peabody & Sherman, and that’s despite the headache I had from the 3D. There’s not a great deal to complain about with it to be honest – it’s a little formulaic, and predictable in places, but with kid’s movies you’ve got to expect that. Make the film too complicated and you lose your target audience faster than a kid can pick their nose. My little girl really enjoyed it, and wanted to sit through it all over again before the credits had finished rolling. The great thing about the characters and the time machine mechanic is that you’ve got so many more possibilities for future movies, so I hope it does enough business to snag itself a sequel.

Movie and videogame geek, basketball player, guitarist, waffle connoisseur & expert in being a slacking bastard. You'll find me gaming on PS4 as "SpasmicPuppy" most of the time... I'm addicted to Destiny.
More Goodness
Dreamworks AnimationFilmmovie