Nathan Fillion confirmed to appear in Guardians of the Galaxy 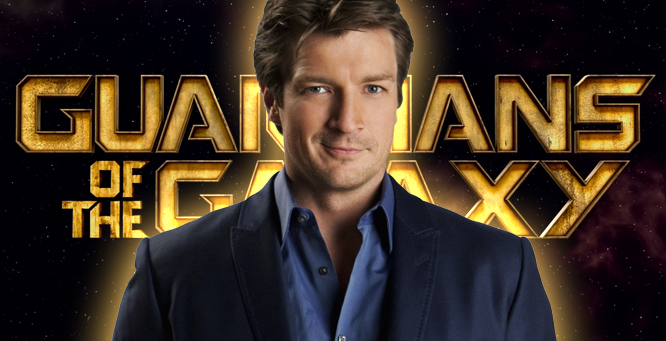 On Friday The Latino Review posted speculation that Nathan Fillion would be appearing in Guardians of the Galaxy.  Since then, director James Gunn has confirmed on Twitter that the Firefly star will indeed make an appearance, although we’re led to believe that this is more of a cameo than a role.

Originally the speculation was that Fillion would play Nova

But the fact emerged later that a cameo was indeed on the cards.

Quite who or what he’ll be playing remains unknown, although given Fillion’s previous performances, he’s likely to stand out.

With the marketing engine set to full, Guardians is shaping up to deliver one heck of a bang over the summer when it lands on 31 July 2014, filling what is becoming a bit of a sci-fi void from Hollywood of late.  But resting on the past successes of Marvel’s cinematic contributions, we’re sure it’s not going to disappoint.

Certainly not with a dash of Mal thrown in for good measure.

A retired World of Warcraft tank and sipper of the midnight coffee, James is now attached either to an Xbox or a keyboard as gaming, writing and the pursuit of all things sci-fi takes the command chair. If he's not ruining someones day in GTA Online, he can be found knee deep in his 4 year olds Lego...
More Goodness
Castlefireflyguardians of the galaxy