previous
Lucy Lawless joins Agents of S.H.I.E.L.D!
random
next
It's all About the Chin in new Photo of Brooding Batman
Film and TV
1 like

Ant-Man has had a bumpy journey since it was announced, particularly with the some what controversial quitting of Edgar Wright over that ol’ classic ‘creative differences’. But things have settled down now and the film is back on track with Peyton Reed at the helm, Paul Rudd as the titular hero and Michael Douglas as Dr. Hank Pym, still working towards the 2015 summer release,

Coming out of SDCC, Marvel offers a little more reassurance with this first look at the concept art. We get to see the costume, the lead (Rudd) and his mentor (Douglas) and Ant-Man leading an army of flying ants, something that both excites me and creeps me out a little. 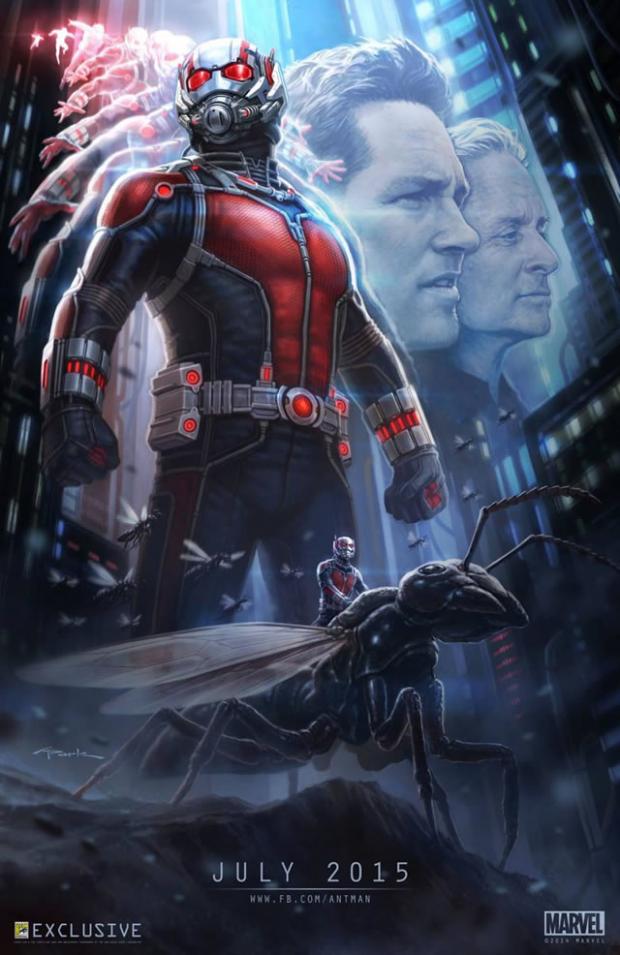 Editor and occasional writer for Geek Pride! I prefer Star Trek over Star Wars, collect comics and wish I could be a superhero one day. I tabletop RPG as well as a little gaming, design the odd t-shirt now and again, update my Geek Parenting Tumblr and when I have cash to spend (which is rare) I scour the internet for Wonder Woman collectables. Also Doctor Who and Firefly rock!!
More Goodness
ant-manConcept ArtFilm