We’ve learnt today that Mira Furlan, a talented Croatian actress and singer best known in the geek world as Delenn in Babylon 5 and also as Danielle Rosseau in Lost, has passed beyond the rim at the age of 65. 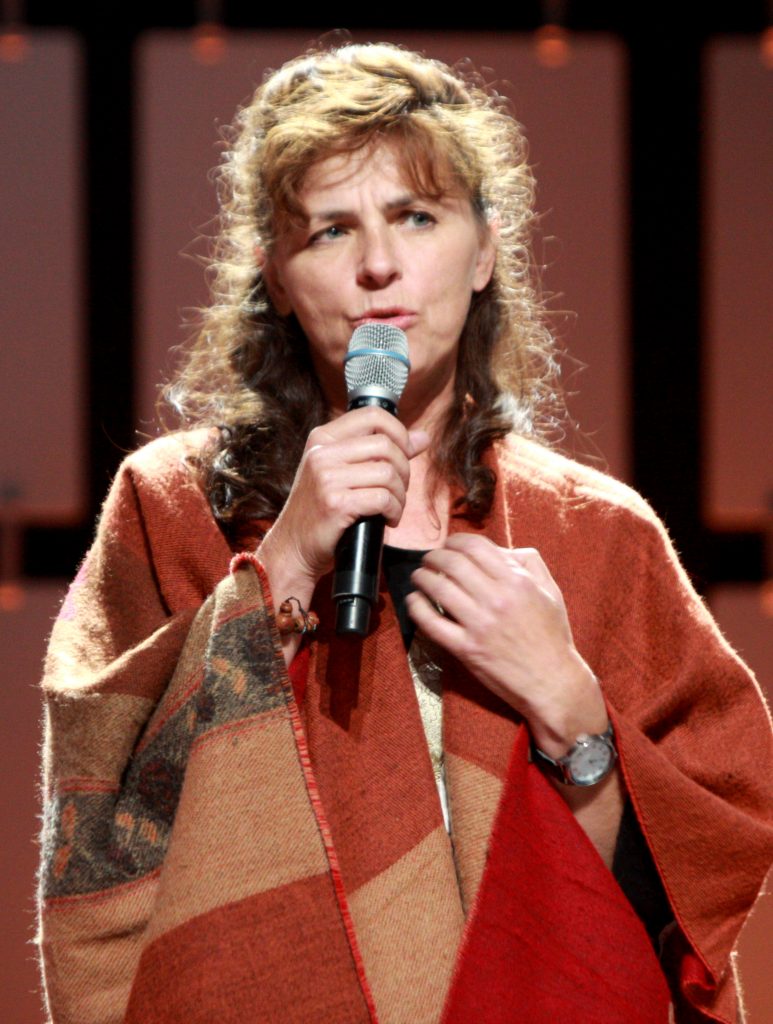 I was never lucky enough to meet her, or see her live at a convention, but the world of the internet makes it possible to see the appearance of actors long after the fact, or when you can’t attend a convention in person. Mira had long been a talented and passionate actor in theatre, and was known in her home countries because she, and others insisted on continuing touring during the breakup of Yugoslavia. She travelled back and forth across the border in spite of death threats from both sides. In the words of J Michael Straczynski, she once said to him “What’s the worst that could have happened? Yes, they could have killed me. So what? Art should have no borders.” Eventually, the ongoing threats and other problems forced them to leave for New York in 1991, but they returned to Croatia in

No cause of death has been confirmed at this time, but apparently the remaining Babylon 5 family had been aware for some time that she was unwell. “We kept hoping that she would improve,” JMS wrote, “In a group email sent to the cast a while back, I heard that she might be improving.”

Mira had continued to act until as recently as last year, and leaves a long legacy of work, as an actress, a singer, and as a writer, in addition to her husband Goran and her son, Marko Lav Gajić.

While I was never a Lost fan, but I was, and continue to be a passionate fan of Babylon 5. As such, there are many moments where Mira’s performance and the words of JMS made a lasting impression – Delenn was strong and passionate, tender yet unyielding.

It’s often remarked upon how impressive the cast of the programme was, but they all had a chance to shine, and so often they made each other better for their interactions. The most remembered individual moments tend to be her fiery speech in the Series 3 episode “Severed Dreams”, and her speech breaking the Grey Council in the same episode, but I tend to also value her more nuanced and anguished performance against the inquisitor, Sebastian in “Come the Inquisitor“, and her measured, performance showing sadness and grieving in the final episode “Sleeping in Light“, an episode that still moves me to tears so many years later. Others fondly remember her performance for the little moments, such as the difficulties of hair care when Delenn transitions to a human/minbari hybrid.

So many of the Babylon 5 cast have been lost to us now, but each we lose still hurts – especially those that go before their time because they were part of something special, ‘lightning in a bottle’. Each fan has their own private memories and favourites, but we can still agree that even where we aren’t familiar with the other work of  Mira, she left a lasting impression on us even where we hadn’t personally met her.

And so we at Geek Pride offer our sympathies to her family, and her friends, that she leaves behind, the richer for having been a part of her life. And we know that she, like so many others, will continue to live as we remember her, and enjoy her performances.

I'm just this geek, you know? Love comics, though not a regular reader - Love gaming, PC, board games and wargaming, and reading Sci Fi. Chairman at my local wargaming club, I play X-Wing and occasionally 40k (But mostly X-Wing!) By day I work in eCommerce, by night I'm either still working, reading, watching or writing :)
More Goodness
babylon 5DelennJMS