In preparation for his upcoming sequel to the acclaimed cult film Blade Runner – the iconic adaptation of Philip K. Dick’s novel Do Androids Dream of Electric Sheep – director Denis Villeneuve had a lot to think about going into the future of an already truly futuristic film. In order to help build the world of Blade Runner 2049, the director reached out to artists he respected to create three short stories that “dramatise some key events that occur after 2019” but before 2049.

Created by legendary anime director Shinichirô Watanabe (Cowboy Bebop, Samurai Champloo), this short film is the first chonological event to occur in between the films. The short highlights the rise of an Anti-Replicant movement following a new model of Replicants which can now live just as long as a normal human as opposed to the restrictive four year lifespan of the previous model. Due to a registry, these Replicants become easy targets for public executions.

The short also highlights the response of Replicants, as one steps in to brutally administer swift ‘justice’ to a trio of leering humans who are approaching a Replicant prostitute. As it turns out, this particular Replicant is a soldier, who discovers that he is fighting other Replicants and defects to fight a different war for the rights of machines to live their own lives.

The soldier – Iggy – puts a plan into motion with Trixie, the Replicant Prostitute, to create an EMP to wipe out the Replicant Registry that the humans have been using to locate and target their hate crimes. The plan is a success, though Trixie is killed. After the ensuing blackout, Replicant production is prohibited, leading to the collapse of the Tyrell Corporation and the rise of The Wallace Corporation over a decade later.

The short is unique as it is the only short to be animated, and is by far the longest of the three. Its captivating art style really draws in the eye as the scene transitions between aesthetically familiar settings from the original.

The second short film comes from Luke Scott – yes, relative of that Ridley Scott. It begins with some footage from the movie regarding the Blackout that occurred in the previous short, and how whilst the archive was damaged there were still fragments of data left behind.

We then flash back to the year 2036, where we are introduced to Jared Leto’s Niander Wallace arriving to a meeting with individuals of some importance. The individuals waiting recognise the work that Wallace has apparently done for humanity’s health, which begs to a question of what exactly happened? Wallace makes the comment that “You remember hunger, so you indulge the recluse whose patents keeps that hunger at bay” in regard to them meeting him, which insinuates that he is responsible to providing a solution to a large-scale famine. He also insists he believes in life, which leads to a comment about the decay of Earth – “our present concern”. Somehow, Earth is on the decline, and the famine was only part of the problem.

A key moment in the short is when Wallace begins arguing to repeal the Replicant Prohibition act, claiming and proving to them that his new Nexus 9 models will commit suicide rather than harm their human masters. As the short ends, we can only assume this impressive display of control over the new models invites the annulment of the Replicant Prohibition act, and allows The Wallace Corporation to officially mass produce Replicants.

This short serves to introduce us to Leto’s character, and establish him as the heir to the legacy that Eldon Tyrell left following the dissolution of his company after the Blackout of 2022. Niander Wallace is an impressive figure, and holds an impressive amount of power as not only the world’s sole provider of Replicants but also on a political scale, having saved the world from a global famine with presumably experimentation into GM food. The short establishes just how much of an important character he is for the feature film, and the final shot suggests that despite his disability, Wallace sees clearly enough to carve his way into the future.

Another short from Luke Scott, this is the last in the trilogy of short stories connecting the two Blade Runner films. In this short, we meet Dave Bautista’s character, who – like Jared Leto – will make an appearance in the upcoming sequel.

We can see that this character suffers from PTSD, reliving flashbacks from a violent age – he manages to calm himself, washes his face and puts on a pair of spectacles before moving off into a marketplace that carry tones from the marketplace scenes of the original film. He gifts a book to an acquaitance, before moving off to do business in selling manufactured organic substance. After business, he returns to the square to find his friends from earlier being abducted, leading to a ruthless execution of all thugs by Morton, exposing his secret – only a Replicant could be that strong. Exposed, he rushes off into the crowd, with a concerned individual calling up someone about a “rogue skinjob you might be looking for”.

It’s interesting as the short establishes hints towards Morton’s nature – his favourite book being about “an outlaw priest, just trying to understand the meaning of being human”, his work revolving around manufactured goods, and an apprehension for the LA Police who patrol nearby. However, the most important factor is in the reveal itself – in the original Blade Runner, Replicants had an unnaturalness about them that gave viewers a clue. They were described to only replicate human behaviour, and so their reactions and interactions were what gave them away. Sapper Morton, however, is arguably completely undetectable up until the point he demonstrates a set of beyond-human abilities…and a willingness to kill humans. 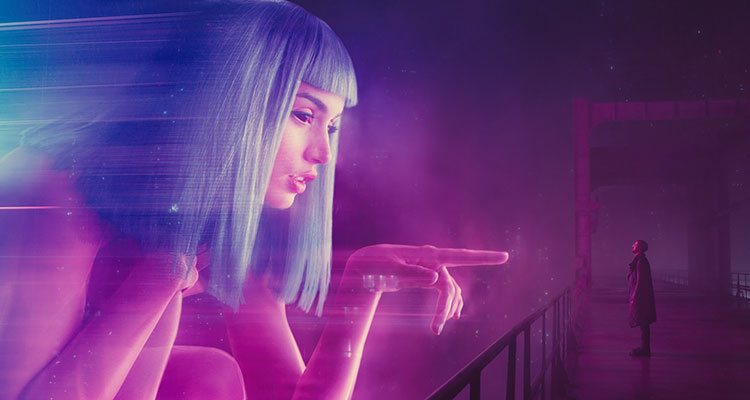 One interesting thing I found was that despite his appearance in the final short, this is not the first time we have seen Sapper Morton – in Blackout 2022 , we see a headshot and profile of Morton as the Blade Runners converse about the escaped soldier Replicant Iggy. Connecting their conversation to Morton’s PTSD, we can assume that this particular Replicant also served as a soldier – and instead of turning into a revolutionary, he went into hiding.

We know this theory also has evidence from the clips from the sequel before the 2048 short begins, as Ryan Gosling is on the hunt for a Replicant that escaped prior to the blackout, which we know for a fact was around the time that Morton went AWOL. This arguably makes Sapper Morton one of the most important characters in the upcoming sequel, as he IS the Replicant that is being hunted. Why? Because he is a Nexus 8, and is not a model that has been programmed to be totally subservient to humanity. He is illegal and capability to cause harm to humanity makes him a liability to the Wallace Corporation, which presumably is what will prompt Niander to hire a Blade Runner in the sequel.

Though, this in turn begs the question…if Replicants have become so obedient, why to Blade Runners still exist? A question I daresay will be answered in the film itself…