They had their own version of a Disney animated character that we're meant to root for.

A mismatched story with seemingly uninterested actors in playing the parts they were given. Paint by the numbers anyone?

If you want a movie that will not ask you to think too much about what you're watching, this is a winner!

With a line-up of big  names in the industry, Seventh Son showed a lot of promise. I was drawn in by the trailer which promised me epic battles, dragons and adventure. In turn it gave me bland faced actors and a story that was clunkily put together, so much so that at some point I was torn between wondering if it was so bad it was good or so bad that it was bad.

But let’s see what the movie is about, shall we?

In a world where witches are common and monsters are feared, an order of people exists, created to keep them at bay. They are called Spooks and while they are needed, they aren’t very well liked. With the death of his old apprentice, Jon Snow…erm…Billy (Kit Harrington), the Spook Gregory (Jeff Bridges) must find a replacement. Only the seventh son of a seventh son can become such an apprentice and he goes off to find him. Ben Barnes plays Tom Ward, the wide-eyed future apprentice, who in one week must learn everything most people take decades to learn about how to defeat witches, ghosts and whatever other unsavoury things exist out there. (We never quite got that far in the story, since the focus shifted wildly between the main plot – killing an evil witch, played by Julianne Moore – and the secondary plot of the star-crossed romance between our spook apprentice, Tom, and the daughter of a witch, the lovely Alice).

The (un)surprising thing is that he actually learns all that he needs to know in that impossibly small window of time, falls in love, surpasses his master… But that’s movie adaptations for you, I suppose. It did take him about ten novels to get that far. But that’s books for you, I guess. 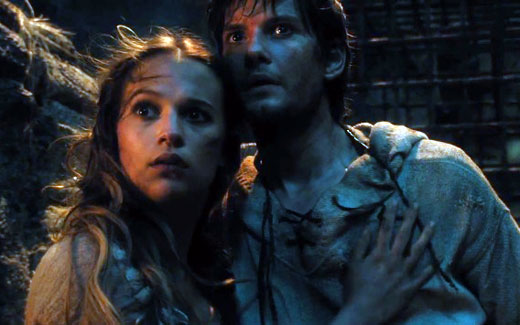 Generally, book adaptations tend to upset the loyal readers of the original work. An adaptation is (almost) never a faithful replica of it, those behind the movie being unable to create those ten hour long epics that would cover every single interesting detail of the paperback it’s based on. This condensation is usually enough to make people react with anger, but you know in most cases there is still a common thread to the original, something to make you feel like you’re actually watching your favourite characters come to life.

It’s hardly the case with Seventh Son, based on the The Wardstone Chronicles of Joseph Delaney. From aging up the main character to completely fabricating biographies for several other important characters of the book series, Seventh Son was just asking to be panned by the book fans. Admittedly I only started reading the first book (labelled as children’s fiction) post watching the movie, but even that reverse approach didn’t save me the vague sense of bitterness at seeing just how much the book had been butchered in order to turn it into a perfectly crafted Hollywood product.

Going back to the movie, let’s see what was wrong with it. Well, without never having heard of the book series before or having read anything about the film, I guessed most of the plot half-way through. It was so filled with cliches that it was hard to pretend that it was keeping my interest. From the mean, somewhat aggressive master, that hides behind his aloof nature in order to protect himself from the pain of loss to the naive youngster who manages to show him that things can be done differently, they really hit all the right notes on the everyone has done this before in several other movies scale.

There’s also the fact that so many actors who deserved better were given parts that forced them into the role of caricatures. I haven’t seen such blatant underuse of talent since Lee Pace was painted blue and thrown under a silly hoodie. 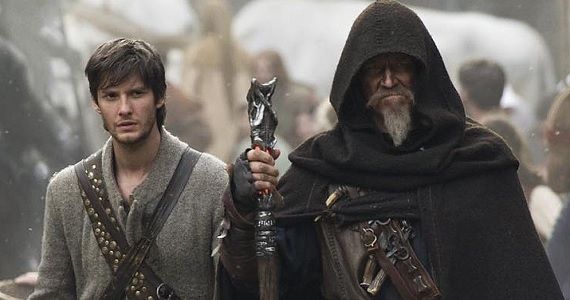 Don’t get me wrong, I actually enjoyed it somewhat, but it’s just that. Mindless entertainment. It will not make you weep if someone gets killed, nor particularly cheer on our heroes when they win a battle. It should be an epic fight between good and evil, that supposedly all ages can enjoy, but instead it comes off as a film designed for children who still believe that the good guys always win and come up on top no matter the odds they are facing. I suppose that is one thing they took from the source material? (Feel free to correct me on that, if you’re a fan of the book series).

Take a look at the trailer (quite possibly the best about the film is crammed into those few minutes) and if you still want to go, be my guest. But do come back and tell us all what you thought about it.

What's there to say about me? I love the sci-fi and fantasy genre when I read, but I am in no way limited to that alone. I do think Frank Herbert deserves a statue for his writing(if there is one, point me in that direction, please). I enjoy writing quite a lot, but I am also kinda lazy. If you want to make me happy give me books or Doctor Who collectibles. Or a real TARDIS, in which case I will love you forever.
More Goodness
Jeff BridgesJulianne Moorekit harrington

R.I.P.D Is MIB With Zombies