Star Trek Beyond (2016) – Parting is such sweet sorrow

Action mostly is in the service of the plot, but as a Hollywood movie, some needs to be gratuitous
No gratuitous nudity or ogling
Acknowledges it's past
Feels like 'real' trek in a couple of places
Elba gets to act out from under his makeup in places
Spock saying 'Horseshit'

Lighting!! You can make a scene moody and atmospheric without rendering the audience unable to see what is going on!!
Hiding Idris Elba under more makeup than a bad Klingon cosplayer
"Live Long and Prosper" is answered "PEace and Long Life", damnit!!!

A lot of fun, a lot of energy, and it tries to a slip a little of the old messages of Trek through. An enjoyable film overall that is more accepting of, and confortable with, its past and predecessors.
A sad goodbye to old friends, as well, however.

In loving memory of Leonard Nimoy 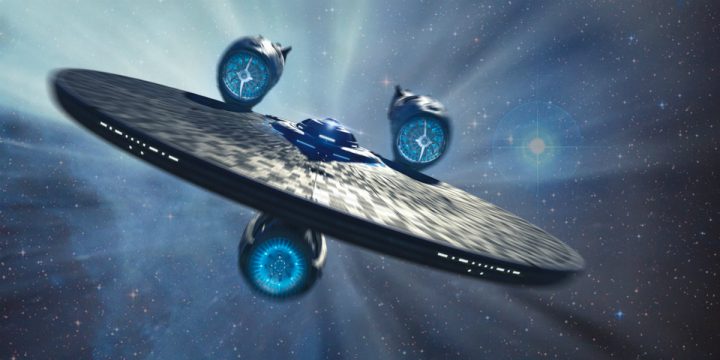 Yes, I sat and watched the credits of Star Trek Beyond so that I could see the dedications. Yes I may have shed a little tear or two. Yes I thoroughly enjoyed the film overall, and no, it wasn’t The Fast and The Furious starring James T Kirk.

I actually thought that Pegg and Yung tried very hard to be true to both of the film’s origins with the first 2 films, while also reflecting on a few of the better parts of the older films and TV series. Let’s be honest, by now we have hopefully come to terms with the fact that the Kelvin Timeline isn’t necessarily the Trek we geeks want. It is, however, the Trek Film(s) we’re getting, and they’re doing pretty well for Paramount. Therefore, let’s just be happy that we’re getting both big screen Trek, small screen Trek, fan Trek (Resists the urge to be political) and literary Trek all at once, not to mention online Trek and now new RPG Trek. It could be a LOT worse, let’s be honest here.

The big thing I did have an issue with, which has been mentioned by others, was the lighting. There’s a fair chunk of the film which makes you think you should have NVGs on, not 3D specs (Yes I caught a 3D showing). I still enjoyed it, let’s be clear about this, but with all the money they spent, you’d think they could afford to turn the lights up a little! 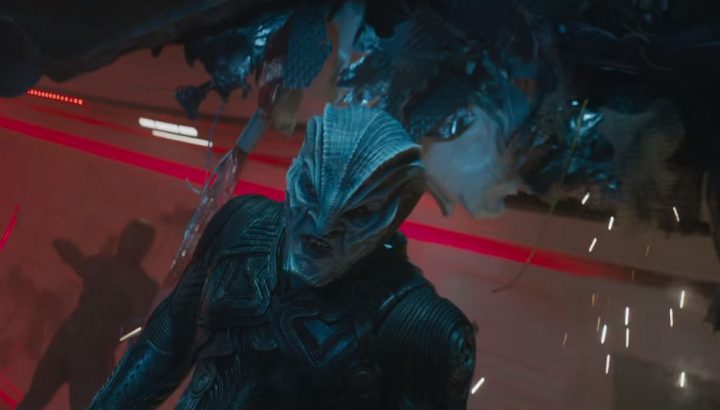 Star Trek Beyond finds the crew a little over halfway through the 5 year mission, and in our new, enlightened and not so shiny Federation, the fact that these hundreds of crew have been locked up in a tin can together in unexplored space has definitely had some effects – Some positive, some negative. It’s good that they acknowledge this, and that they acknowledge the need for the Enterprise to stop for Rest and Replenishment – No awesome technology that never breaks here! With the crew (and the officers) starting to fray a little, but mostly seeming happy that they haven’t run into Khan again, the fact that their mostly dull (but not always) mission of exploration is livened up by a sudden need for direct action and the chance to charge to the rescue makes it obvious why they can’t say no – Jim Kirk didn’t join for the love of Starfleet – He joined to prove to everyone he could achieve everything his dad should have, and we all know how he went out. 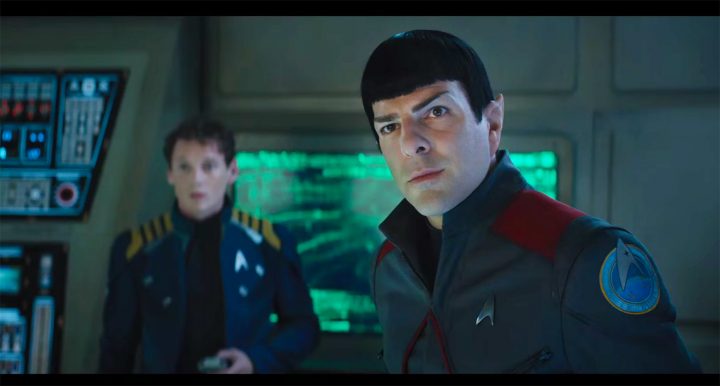 There’s some definite Deus Ex Machina in this plot, but it’s Hollywood – What did you expect? The primary cast all did well with their characters, though Karl Urban stands out head and shoulders – Pegg enjoys himself, Anton Yelchin reminds us why he was such a valuable part of the three films, and will be sorely missed in spite of his wubble-yous (“Did you know that Whisky was ACTUALLY invented by little old lady in Russia?”). Pine seems slightly less strained than before, as does Quinto, who seems to be at peace with the long shadow of Leonard Nimoy after his passing. Zoe Saldana kicks ass. Of the guest stars, Idris Elba chews the scenery well, but is wasted behind so much makeup. Sometimes less is more, guys! The effects are… impressive in a lot of places. They definitely go big…. The 3D compositing is also well done, nothing too over the top, but definitely helps to make the experience more immersive.

Can I just ask – If you’re going to kill a red shirt, at least be less subtle about telegraphing it, people? We understand it’s part of what we expect now, but a little subtlety may have novelty value!

There are some nice nods to the original timeline and their shared past. The farewell to Ambassador Spock is handled well, overall, and one of the keepsakes he leaves for Commander Spock brought a little tear to my eye.

Incidentally, Star Trek Beyond, as we know from the trailers, also makes a very good point – The Star Fleet Universe doesn’t take the military value of massed swarms of fighters very seriously. They apparently forgot a few of life’s more pointed military lessons – Expect some upgrades in next year’s line of ships from Utopia Planetia I would hope, especially since there are some fairly deliberate nods to earlier parts of the common Trek timeline. 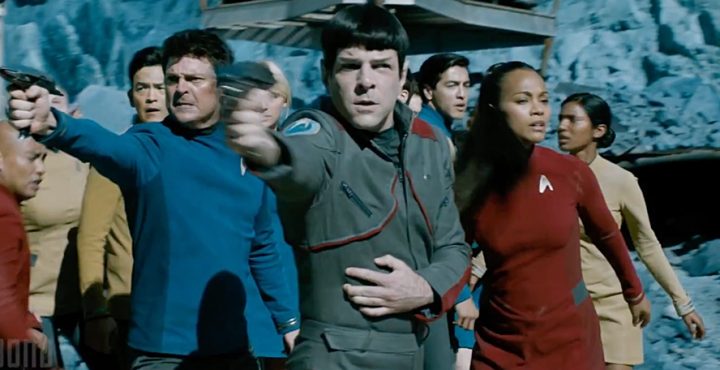 Overall, I really enjoyed Star Trek Beyond, and the things people hated most about the trailers, well – They work well in the context of the film in my opinion, and are a little bit of fun, if sometimes brash – But the film acknowledges and even mocks that about them. “Is this CLASSICAL music” Bones exclaims, as Sabotage booms out of the cinema sound system.

Star Trek Beyond is definitely worth a watch, and I’ll be interested to see where they take the 4th film in a couple of years time, though it will be lessened by the loss of Yelchin. I am glad they have decided not to recast, though.

I'm just this geek, you know? Love comics, though not a regular reader - Love gaming, PC, board games and wargaming, and reading Sci Fi. Chairman at my local wargaming club, I play X-Wing and occasionally 40k (But mostly X-Wing!) By day I work in eCommerce, by night I'm either still working, reading, watching or writing :)
More Goodness
Anton YelchinIdris ElbaJohn Cho