previous
Superman to wear the Black Suit in Justice league?
random
next
Rogue One Trailer is Even More Epic set to the Beastie Boys
Film and TV
2 likes

Taking the Joke from the Joker

It’s not exactly news, but Suicide Squad didn’t get very good reviews. Personally, I don’t see what all of the hate was about: it’s a fun, slightly odd movie that kept me entertained and made me laugh. Each of the protagonists is well cast, as is Amanda Waller and Enchantress, and the tone is slightly more jovial than I’d expected given the reviews. All in all, I enjoyed it. But then again, I’m a weirdo who enjoyed Batman vs Superman: Dawn of Justice, so what do I know?

One thing I very much agreed with the reviewers on was Jared Leto’s portrayal of the Joker: it was pretty bad.

Now, I say this as a fan of the Joker. Well, as much as a sane person can be a fan of a psychotic, abusive, serial and spree killer. One of my first comics, at a regrettably young age, was The Killing Joke, and the character has continued to interest and enthral me ever since. So some of this can be ignored as blind fanboy criticism, but Leto missed one of the fundamental aspects of the character in his portrayal of the Joker. 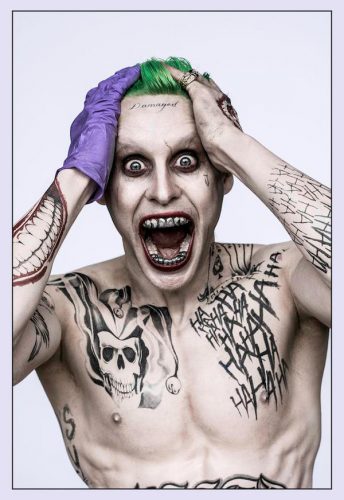 The Joker has been very different across hundreds of different interpretations. From his original slapstick origins to brutal serial killings, he (and she in some instances, such as Flashpoint) has displayed the full gamut of mental illness and brutality. But he always tried to make people laugh. Even Ledger’s portrayal of the Joker had him trying to amuse himself, toying with people or an entire city for his own dark amusement.

But Leto’s Joker just laughs at situations. He doesn’t act or plan solely because it would be hilarious. From what little we see of him, he’s an unstable gangster rather than the Clown Prince of Crime. Plans and actions are straight forward, logical. This Joker would never replace his guns with gag ones and pretend it’s a mistake. He would just shoot you and laugh after.

Leto also seems to have ignored that the Joker is a charming and charismatic man. People keep working with him because not only does he crack them up, but he dominates and overbears. The Joker’s abusive relationship with Harley Quinn in other instances is more believable because he has such a powerful personality, not just his erratic violent tendencies. He is the jovial counterpart to Batman, just as driven and determined, forceful and powerful, but through a shattered mind. 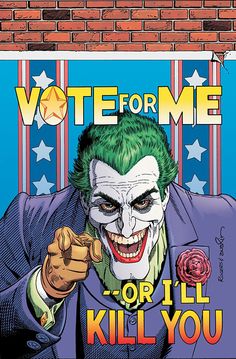 See, why didn’t Batman think of running for office?

All we get is a violent sociopath with a weird laugh. He goes directly after what he wants – Harley’s freedom – without any humour or amusement. Even many of the times he laughs are hollow, as skeletal as Leto’s visage. He makes Harley dive into a vat of chemicals that should have been custard or something similar, providing this dark moment of utter control a sliver of humour.

I was thinking particularly about this lack of charisma particularly in relation to the scene from the trailer, where the Letoker is holding the electric paddles and says, “I’m not gonna kill you. I’m just gonna hurt you really, really badly.” In truth, it’s a decent line. The script cannot be blamed for Leto’s flat performance because there are ways to embellish and improve it to fit the Joker. I can even do it now for different portrayals of the Joker with relative ease:

“Hoho! Hmmm. Yes! I’m not going kill you, Doctor Quinzel. But I’m afraid I am going to have to hurt you. Really, really badly!”

And those are hardly well-considered. An actor worth his salt would be able to come up with a lot more if they truly understood the purpose and core of the Joker.

All of the stories about Leto’s on-set behaviour, sending used condoms and so on, indicate that he fell in love with being erratic and weird without remembering the name of his character. The Joker. Not the Fuck-Abouter. Or the Weirdo. The Joker. If a Joker actor is going to send condoms to co-stars, they should send Swiss Condoms with holes cut out of them. There’s a difference between being an unpredictable arsehole and being one of the greatest villain of the DC Universe.

As I said, much of this can be dismissed as fanboy criticism.  We’re talking about an Oscar-winning actor here. But I still think Leto fundamentally failed to grasp who the character is, and hope that Affleck can correct this in his upcoming Batfleck film. Tell him to both calm down and lighten up. Crack a damn joke. The clue is in the name.

Sean is an editor, writer, and podcast host at Geek Pride, as well as a novelist. His self-published works can be found at all good eBook stores.
More Goodness
Jared LetojokerMark Hamill

Jared Leto to Play The Joker?