previous
Divergent - A review
random
next
X-Men: Days of Future Past - The new trailer is here!
Film and TV
0 likes

The Motion Picture Association of America (MPAA) frequently tells us how the creative industries are under threat from the copyright infringing scourge of piracy.

So we can only presume that the creative industries have lost the war and creativity is dead as we delve deeper into 2014 with a yet more pointless reboots of movies.  Spider-Man, Godzilla and Superman have all fallen into the reboot bucket after their previous incarnations were released less than 20 years ago and probably have quite a few floggings left before someone calls the horse coroner.

I personally have never understood the need to remake a movie when the original does it’s job efficiently (alright, perhaps my previous three examples don’t hold water there…) and watched the remake of the Japanese mind bender Old Boy (presumably only remade because subtitles is hard) with a sense of confusion as the story was made less effective and carried far less punch. 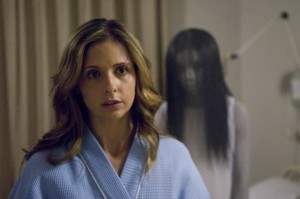 Really should have stuck to playing Buffy

So it’s with some trepidation that I share with you the fact that the 2004 horror flick from director Takashi Shimizu, The Grudge is being remade.  The “original” of course being a remake of Shimizu’s previous original, and far superior, release from 2002 in Japan, presumably in sympathy for all those afflicted with the disorder that prevents them from seeing the lower third of the screen, rendering subtitles ineffective.

Sam Raimi’s Ghost House Pictures have picked up the reigns to deliver a reboot with Jeff Buhler of the weird but bloodbath happy Midnight Meat Train fame, working on the script.  Interestingly Buhler is also working on a reboot of Jacob’s Ladder, the 1990 horror movie that was just plain weird but intently enjoyable. 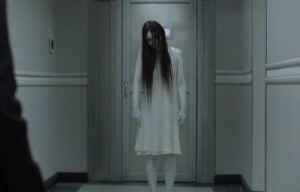 It’s not dead! Flog it again!

Raimi has already delivered a reboot of the Evil Dead series which met with mixed reviews, bearing in mind that he produced the 1981 original, and is also reportedly producing Poltergeist for release in 2015.

So, creativity is alive and well then…

A retired World of Warcraft tank and sipper of the midnight coffee, James is now attached either to an Xbox or a keyboard as gaming, writing and the pursuit of all things sci-fi takes the command chair. If he's not ruining someones day in GTA Online, he can be found knee deep in his 4 year olds Lego...
More Goodness
Evil DeadGrudgehorror