The Shannara Chronicles – a brief review

Give it a try.

MTV has been trying for a while to break out as a television that proves to be a worthy competitor in the TV show market, with such series as Teen Wolf, Awkward or Finding Carter, but The Shannara Chronicles, their latest show, is their first dip in the world of High Fantasy.

The Shannara Chronicles, based on Terry Brooks’s Shannara Trilogy, is quite a loose adaptation. Jumping straight to the second book in the series (The Elfstones of Shannara), it features Wil Ohmsford (Austin Butler) as the naive half-elf/half-human, Amberle Elessedil (Poppy Drayton) as a strong willed elven princess on a mission, Eretria (Ivana Baquero) as a Rover and Manu Bennet as the mysterious Druid Allanon, skipping entirely the first book in the trilogy that actually served to set up the events portrayed in the series. 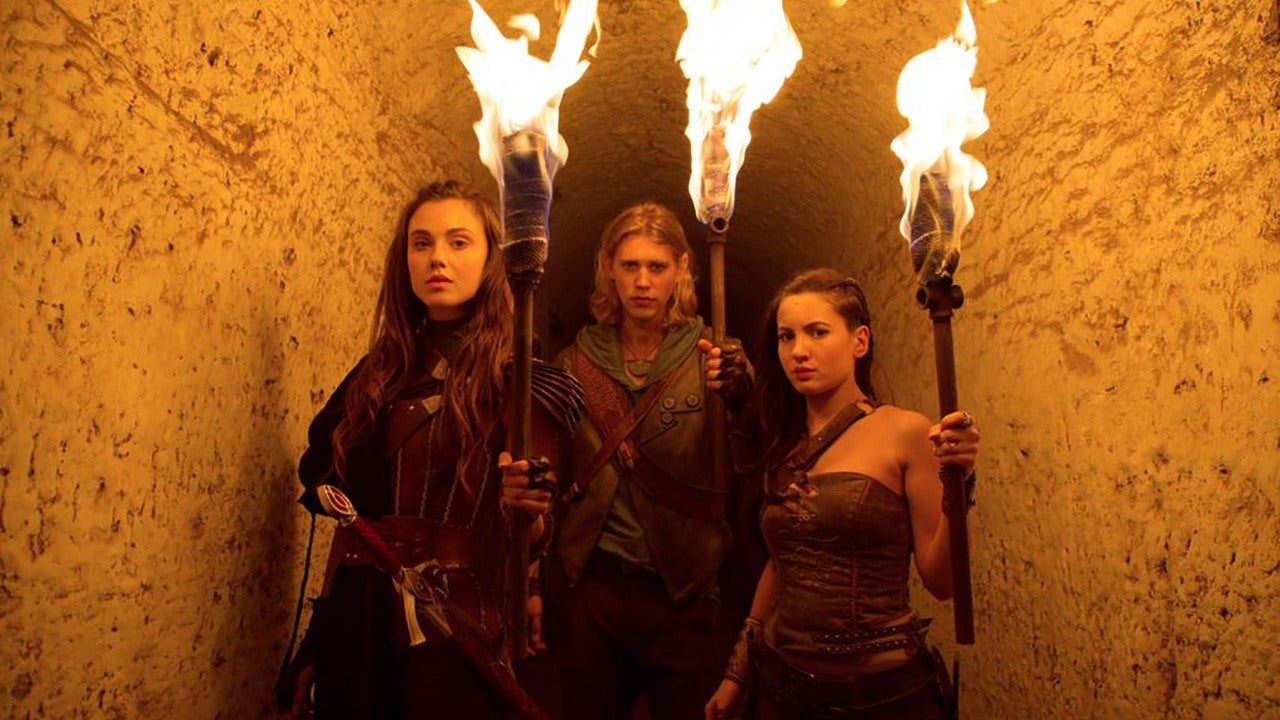 Since it takes quite a few liberties with both characterisation and the story, reading the books is not a necessity, though they are quite interesting in on themselves, providing the reader with a better understanding of how the world portrayed came to be. Small hints are offered in the show as well, even if they are set up in a pretty heavy handed manner.

Unlike some of the fantasy shows that are currently on TV, The Shannara Chronicles depicts a world set some thousand of years in the future, where post a war that nearly destroyed the human race, people mutated and reverted to a more archaic way of life. The gnomes, trolls and other mythical creatures are in fact descendants of humans, while elves have always existed, though kept away from men.

MTV aired the first 4 episodes (out of 10) online, with the first two episodes being almost exclusively dedicated to setting up the world of the Four Lands. It means there was a lot of exposition, more often than not slightly forced into the scene. It took a little from the story, since there was a lot of name dropping in a single go: places, battles, enemies, friends were all shoved into our faces. I admit it made it difficult for me to remember who was who even after almost an hour and a half into, and I ended up referring to the elven king as Gimli. In case you are looking for a bit of trivia: John Rhys-Davies, that we all know and love as Gimli from Lord of The Rings now stars as Eventine Elessedil. And the show is filmed in New Zealand. Just saying. 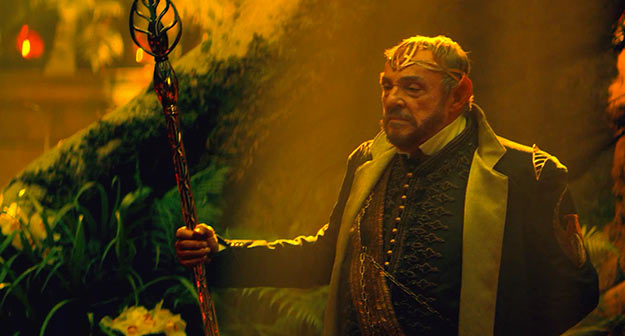 The story is one you have definitely read/seen/heard before. The world is in peril and only one person can save it. But since no hero has ever gone into battle alone, they will be joined by two companions, each with their own important role to play in completing the quest that will restore balance to the world and lock the darkness away for good. Since this is MTV everyone is pretty, something the show has actually received criticism for. Evil is ugly, but if someone is on the side of good no amount of torment, starvation or pain could tarnish their good looks. Maybe they’ll work on that in later episodes, who knows?

So far the show has been more about gorgeous landscapes, surprisingly good looking effects and only marginally about the story. Don’t get me wrong, the story is there, but it’s development is uneven, feeling either too rushed or like it’s dragging on when it could move faster. A potential love triangle is already starting to show between the three quest members: Wil, Amberle and Eretria  – something I personally could do without, especially since with only six more episodes to go, I have my doubts that the story will be completed by the end of the series, considering that up until now they worked on building the world and wasted a lot of valuable time on having people snipe at each other with more jealousy than is warranted after only a week’s acquaintance.

The world is ending, being slowly attacked by demons, I think love could be placed on hold. The show half addresses this in the last episode, so maybe we’ll be spared?

The show is not bad, but so far it’s not all that good  either. Mediocre is nothing to strive for, after all. But even if it was small, there was a jump in the quality of the episodes from 2 to 3 and then up to the 4th episode. If this trend continues, 6 episodes from now I will be completely smitten with the series.

Take a look at the trailer below and if you’ve already seen the show, let me know what you thought about it.

What's there to say about me? I love the sci-fi and fantasy genre when I read, but I am in no way limited to that alone. I do think Frank Herbert deserves a statue for his writing(if there is one, point me in that direction, please). I enjoy writing quite a lot, but I am also kinda lazy. If you want to make me happy give me books or Doctor Who collectibles. Or a real TARDIS, in which case I will love you forever.
More Goodness
mtv