The Suicide Squad – Don’t get too attached

A hugely entertaining film filmed with mayhem and fantastic storytelling! What else do you expect from James Gunn?

It has always amazed me how one director can change a tone, feel and score, just by bringing his brand of fun to a feature film. James Gunn has once again delivered a comic book based cinema experience that left me wanting more, enjoying his taste in music that I’ve missed since his last trip out with Guardians of the Galaxy.

Gunn gives us The Suicide Squad, and with it his brand of crazy storytelling. We have new characters, new villains, new deaths and a kick ass soundtrack to boot. As morbid as new deaths may seem, once you’ve seen someone’s face being blown off, you have to come up with new ways to cause mayhem and murder, Gunn delivers this in spades.

David Ayer was set to return as director for a Suicide Squad sequel, but he chose to pursue Gotham City Sirens. Gunn was hired to write and direct, drawing inspiration from war films and John Ostrander’s classic Suicide Squad comics from 1980s.  He decided to explore new characters in a story separate from the first film’s narrative, but with some of the cast return from Suicide Squad.

In case you missed the first film, Task Force X, is a squad of inmates from Belle Reve penitentiary.  Under orders from harsh intelligence officer Amanda Waller (Viola Davis), the inmates receive 10 years off their sentence in exchange for their co-operation . Each inmate has a small explosive device in their necks to ensure compliance.  If they deviate from the mission, then “boom”. 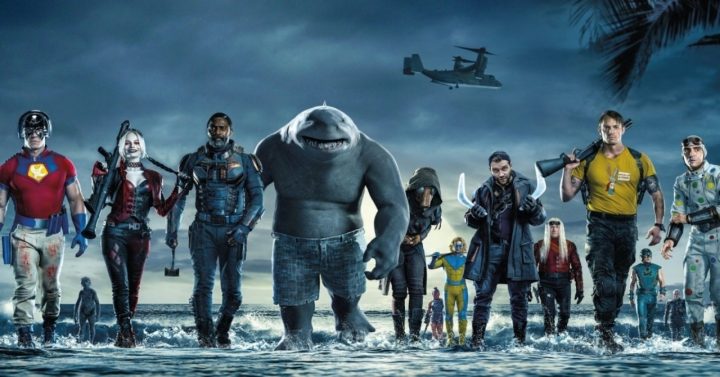 Our team is sent to the South American island nation of Corto Maltese after the government is overthrown by an anti-American regime.  The squad is tasked with destroying Jötunheim, a Nazi-era laboratory that holds a hefty amount of foreshadowing called “Project Starfish”.  The “A” team,  led by Waller’s subordinate Colonel Rick Flag (Joel Kinnaman) and accompanied by everyone’s favourite crazy chick Harley Quinn (Margot Robbie), is almost entirely wiped out by the Corto Maltese military upon landing.  However, this allows a second team comprising of Bloodsport (Idris Elba), Peacemaker (John Cena), King Shark (voiced by Sylvester Stallone), Polka-Dot Man (David Dastmalchian), and Ratcatcher 2 (Daniela Melchior) to enter the country undetected.

The squad accomplishes their next objective of capturing The Thinker (Peter Capaldi), a metahuman scientist in charge of Project Starfish. Accompanied by the Thinker, they discover Project Starfish to be Starro the Conqueror, a powerful extra-terrestrial capable of controlling its victims’ minds with little versions of itself.  James Gunn has the biggest set of brass “ahem” for using Starro in a feature film!  The Thinker then reveals that Starro was brought to Earth by the American government. 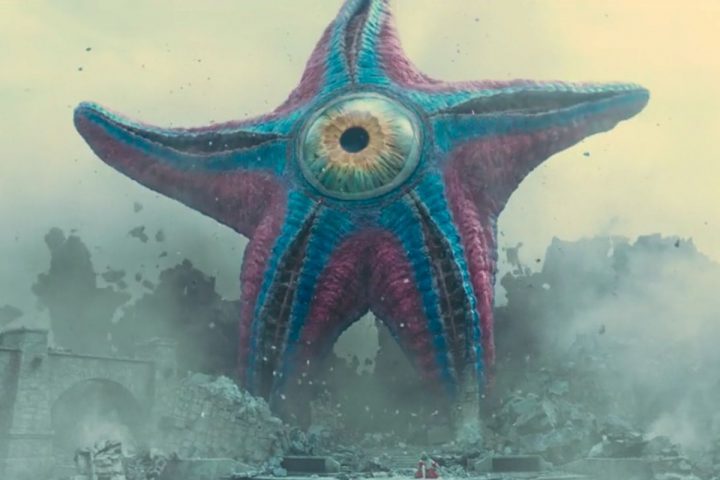 Peacemaker, under secret orders to cover up America’s involvement, kills Flag after he refuses to surrender a hard drive containing evidence of this revelation, but Ratcatcher 2 manages to obtain the drive. Meanwhile, a skirmish between the squad and the military leads to Polka-Dot Man accidentally setting off the explosives prematurely. During the ensuing chaos, Bloodsport saves Ratcatcher 2 by shooting Peacemaker, while Starro escapes the laboratory, killing The Thinker and everyone else around.

As Starro begins to enslave the island’s population, Waller informs the squad that their mission is over. However, Bloodsport leads his teammates in battling Starro, while Waller’s subordinates subdue her to prevent her from executing the squad. Polka-Dot Man is killed, but the squad weakens Starro enough for Ratcatcher 2 to summon the city’s rats against the extra-terrestrial, which chew Starro to death from its insides, along with Harley doing some pretty effective damage too. 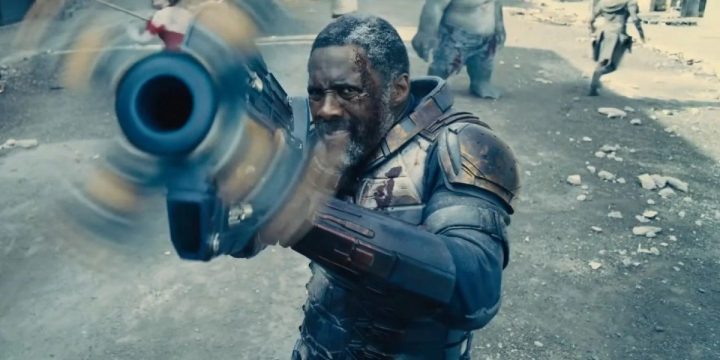 This was a great popcorn flick! James Gunn has done a stellar job.  King Shark was my favourite scene stealer, as he was lovable and fierce, with Sylvester Stallone delivering a great vocal performance. Sebastian (Ratcatcher 2’s number 1 rat) is also a scene stealer, with him constantly trying to make friends with Bloodsport who has a phobia!

There are some genuine laugh out loud moments, which I will not spoil. James Gunn makes you care about characters that you know will in all liklihood not survive.  The name gives it away.  When members of the team bite the bullet, you care.  This demonstrates the skillful character building and storytelling at work here. The accompanying soundtrack, which includes Johnny Cash and The Fratellis, is fantastic.

The Suicide Squad is a welcome return to our recently re- opened cinemas.