About 40% too long
Disjointed
Thin characters
Americans save the day as always
Racial stereotypes so careless and broadly drawn you could start a riot with them
Hard to keep track of the Transformers anymore, they all look too alike, and have lost distinctive appearances.
Hot Rod with a comedy French accent
How can a 12-Transformer combiner that's a giant, 3 headed fire-breathing robot flying dragon NOT be the highlight of the film?

Save it for DVD, streaming or TV - If I didn't have a limitless card I'd have felt robbed, rather than just sad and dissatisfied. So much potential, and Michael Bay has tortured, blown up, battered and sold it all cheap, with generous subsidies from the US military to make them look good.

Ok, so let’s get the important things over with first. Yes, there’s an obscene number of explosions. Yes, there’s lots of giant robots, and a generous sprinkling of offensive stereotypes. Yes, there’s some long, gratuitous, pornographic shots of expensive American Military kit in Luridly oversaturated colour…. Oh, and there’s a huge 3 headed flying robot dragon that’s actually a combiner made up of 12 ancient Transformers. Only in a Michael Bay film could the last part be a footnote.

This is Michael Bay’s last Transformers film, or so we’re told. Apparently he got tired of tearing up my fondest childhood memories and stomping on them while blowing things up… To be fair, they gave him $217,000,000 to say goodbye with!

Let’s be honest here – Mark Wahlberg is back as the human hero. He has a spunky new sidekick who’s a young girl that can fix transformers and lost her parents in the last film, and a spunky black sidekick who screams and hides lots. Since the last film, when Megatron disappeared and Optimus Prime had a sulky moment of despatching himself off to drift in Interstellar space looking for Cybertron, Earth has declared Transformers persona non grata, formed a new international military force with a shoot first, ask questions later policy to hunt them down, and basically picked no side in the civil war that engulfs the Autobots and the Decepticons with their leaders gone, despite all the Autobots have sacrificed for them. In Prime’s absence, Bumblebee has stepped up to bully the Autobots into behaving, and with Cade’s help is hiding out in the middle of nowhere, so they won’t get hunted down. Meanwhile, Transformers keep falling from the sky to make things worse. 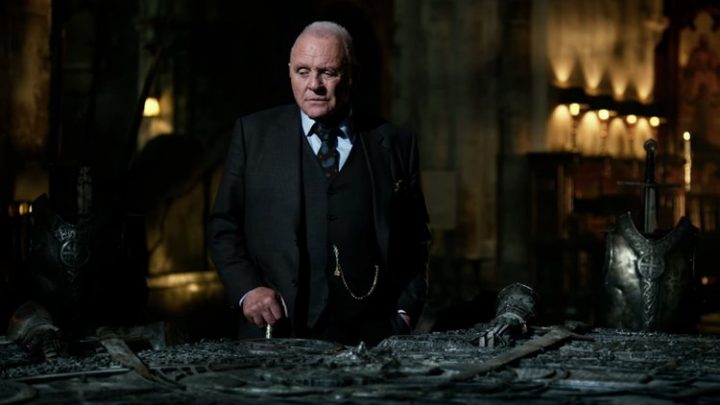 All things considered, it’s a 70 minute film in a 2 and a half hour cut – They just filmed more explosions to fill the gaps, and slowed down some of the fight scenes. they should have got Anthony Hopkins in for extra filming, cos he’s about the best thing about the film, and he spends half his time almost winking at the screen and breaking the 4th wall – I suspect he got a generous chunk of that $217 mill! Michael Bay still has issues with characterisation, and many of the transformers are either cyphers, one shot wonders or offensive racial stereotypes strapped into CG robots. You pull for the Autobots because they’re the good guys, but no-one really has a clue what’s going on. There are random Transformer terms thrown about, like ‘Headmaster’ and even ‘Unicron’, but sometimes it feels like they’ve jammed together 3 different scripts at random, filmed it and then edited out the clear bits. Throw in Optimus Prime/Nemesis Prime/Optimus Prime to traumatise your kids as he beats the snot out of Bumblebee (If you bring them to see the film), and I almost rooted for Megatron to win the day….. 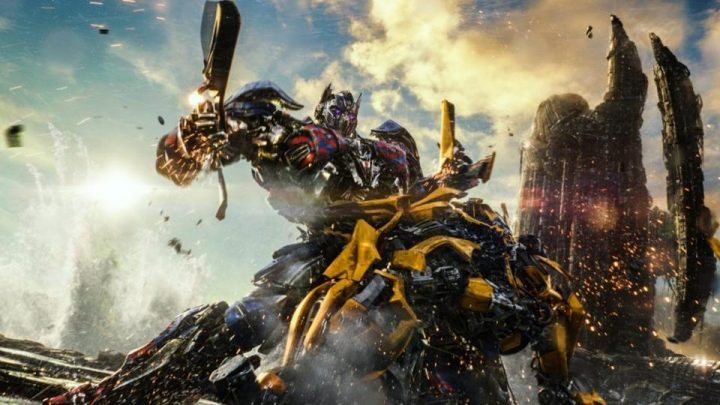 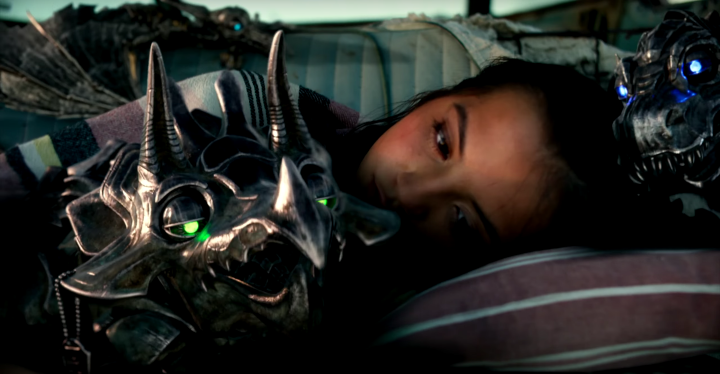 Bad Bits? – Optimus Prime as a brainwashed bad guy (Nemesis Prime, another reference to make classic Transformers fans wince) – Every film he becomes less noble, and more like a sub-standard Rincewind, ricocheting from disaster to disaster, trying to look like he knows what he’s doing, and getting more shambolic… The latest Deus ex Machina – Spectacular visuals, lots of UK specific screen time, but nothing behind it – Just empty eyes with ‘Help Wanted’ signs up.

Bumblebee comes out better than most overall, and the ‘Secret History of Transformers’ stuff is leading up to the rumoured 80’s solo movie – Please, let’s have a real Buster and Spike Witwicky! Maybe even Circuit Breaker?? But the other Transformers are, well, pretty generic I’m afraid – mostly just there so Hasbro can build and sell identikit toys of them. While the old cartoons were basically that as well, at least they were entertaining <or so the 8 year old me still insists>!

I wanted to like it – But I’ve been saying that for the last 5 films. I just felt a little empty at the end. There were some very well choreographed action scenes, metric tons of CG and C4 on screen at any one time, lots of bright lights and large sounds, and some call backs to the first film, including Josh Duhamel and a brief shot of Shia Lebouf as callbacks, but mostly this was Michael Bay and generic scriptwriter #324 having fun with a lot of very expensive computers and pyrotechnics. The female lead starts out strong, independent and spiky, but, of course, ends up falling into Cade’s arms (among other things), the world is saved (mostly), and some of the special effects on the space shots of earth will have everyone that remembers proper Transformers nodding ahead of time. Other than that, I’m not going to kid you – It’s a mess!

I'm just this geek, you know? Love comics, though not a regular reader - Love gaming, PC, board games and wargaming, and reading Sci Fi. Chairman at my local wargaming club, I play X-Wing and occasionally 40k (But mostly X-Wing!) By day I work in eCommerce, by night I'm either still working, reading, watching or writing :)
More Goodness
autobotBumblebeelaura haddock