This pilot season seems to be rife with reboots. From the soulless MacGyver to The Exorcist, it seems like old ideas are being recycled and adapted for a new audience. I kept wondering why that is. Is there really nothing new to be thought out in the world? Is our imagination dying? It just felt like a cheap way of drawing in an already build audience, more than anything.

But here’s the thing, it hit me that this is not, as most fanboys of days long passed, would put it, a destruction of their childhood, it’s a way of including people that were too young (or not even born) back then, into something that we all loved. However, the general desire of polishing up the old and sell it as new, with fresh faces and modern plot backfires more often than not. I’m looking at you, MacGyver. I’m looking at you. I really wanted to like you, alas… No.

However, in the sea of poorly thought out stories a little gem made it’s way to the small screen: Lethal Weapon. Perhaps I am biased, since I already came in with high hopes, based on how much I loved the films, but I was not disappointed and that is incredibly important. 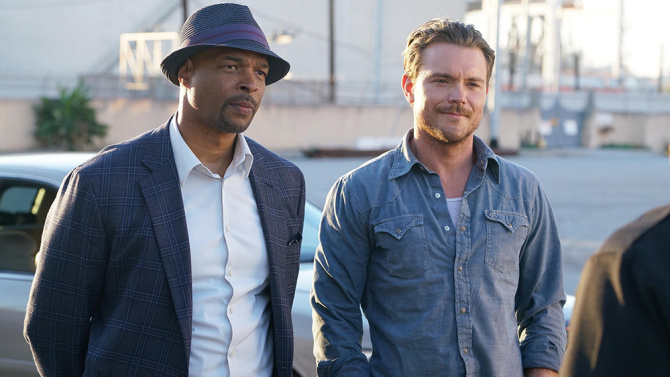 Now, without further ado, let’s get to why you should watch it as well and join me in fawning over it:

A downside of it not being a Netflix show is The wait. It’s still almost a whole week until the third episode comes out and I am already itching for more. What can I say, this fall season was too filled with disappointments for me not to cling to the one good thing it has to offer.

There is another downside, though. The show is produced by FOX. Anyone that has ever fallen for one of their shows knows what that means. The possibility of cancellation even when the audiences and the critics love a show is higher than average on FOX. The list of shows it axed before their time is too long to even make a dent in it, so I will let you all rummage through those traumatic memories alone.

However, until we know more…check out the official trailer below and get watching!

What's there to say about me? I love the sci-fi and fantasy genre when I read, but I am in no way limited to that alone. I do think Frank Herbert deserves a statue for his writing(if there is one, point me in that direction, please). I enjoy writing quite a lot, but I am also kinda lazy. If you want to make me happy give me books or Doctor Who collectibles. Or a real TARDIS, in which case I will love you forever.
More Goodness
FOXLethal Weaponreboot